by
Isabelle Khurshudyan and Reis Thebault
• The Washington Post • October 18, 2021

MOSCOW — Russia is shuttering its permanent mission to NATO and suspending the alliance’s liaison office in Moscow, Foreign Minister Sergei Lavrov said Monday, further fraying the relationship between the organization and the Kremlin.

A NATO statement at the time said the alliance had “strengthened our deterrence and defense in response to Russia’s aggressive actions,” but added that it remains “open for a meaningful dialogue.”

Official talks between NATO and Moscow had already been limited in recent years. Communication will be further reduced now with Russia pulling out all of its diplomats from NATO’s headquarters and revoking the accreditations for NATO’s delegation in Moscow.

“If NATO has any urgent affairs, they might address our ambassador to Belgium on those matters,” Lavrov said Monday.

The Russian Foreign Ministry said NATO can designate an ambassador from one of its member countries to maintain contacts with Russian officials on behalf of the alliance.

NATO spokesperson Oana Lungescu said Moscow had not yet sent official word about its actions, contradicting Lavrov, who said the alliance “has already been notified.”

“We have taken note of Minister Lavrov’s comments to the media, however we have not received any official communication on the issues he raised,” she said in a statement.

NATO gave the Russian diplomats an end-of-October deadline to leave Brussels, where the alliance is headquartered. This week, NATO is hosting a previously scheduled high-level meeting of its members’ defense ministers, where tensions with Russia will likely headline discussions.

﻿Relations between the military bloc and Moscow have grown progressively worse since Russia’s annexation of Ukraine’s Crimean Peninsula in 2014. Moscow has regularly accused NATO of deploying troops and weapons close to its border. Tensions spiked this spring, when Russia increased its military presence along the Ukrainian border; the Kremlin said the buildup was for planned exercises.

Russia’s delegation to NATO and NATO’s military liaison office in Russia were both set up in 1998 to facilitate information-sharing between Brussels and Moscow. Formal cooperation was suspended in 2014, following Russia’s invasion of Crimea.

NATO previously reduced the maximum size of the Russian delegation from 30 to 20 diplomats in 2018, after double-agent Sergei Skripal was poisoned in Britain in what Western intelligence agencies say was an assassination attempt by Russian agents. 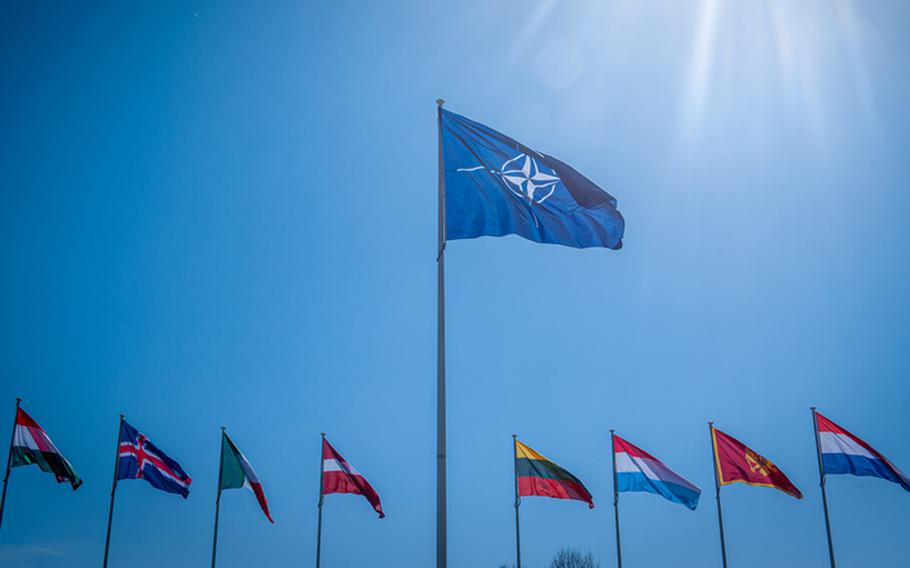 Russia is shuttering its permanent mission to NATO and suspending the alliance’s liaison office in Moscow, Foreign Minister Sergei Lavrov said Monday, further fraying the relationship between the organization and the Kremlin. (NATO)