US offering F-16s to Turkey as reimbursement, Erdogan says 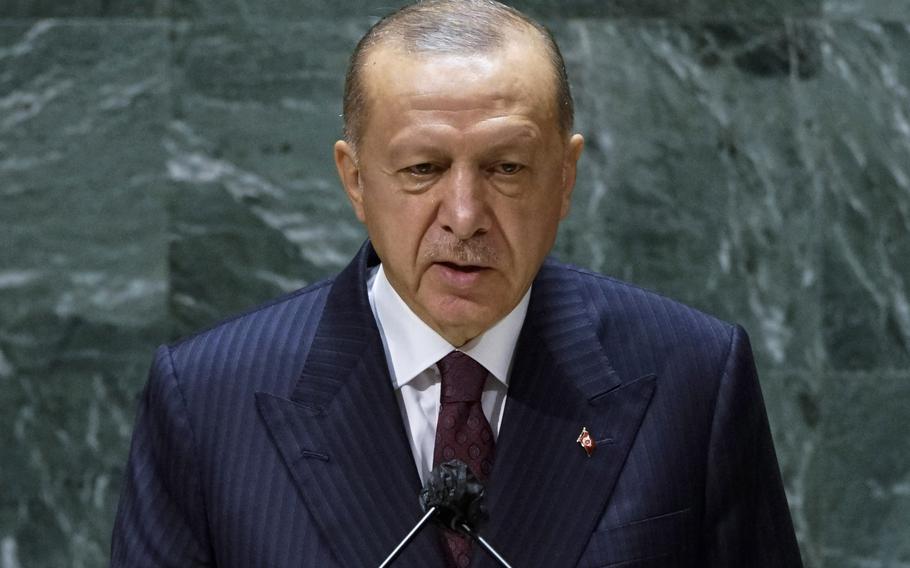 (Tribune News Service) — The U.S. has offered Turkey a fleet of upgraded F-16 fighter jets, according to President Recep Tayyip Erdogan, potentially unlocking a standoff between the two NATO allies over a blocked order of more advanced F-35s.

The offer is being made to reimburse Turkey for the $1.4 billion payment it already made for the canceled F-35s, Erdogan said at a news conference in Istanbul on Sunday.

The move follows a formal request to the U.S. made by Turkey last month to purchase 40 new F-16 Block 70 aircraft from Lockheed Martin Corp. as well as 80 kits to modernize its existing fighters, two Turkish officials familiar with the matter said last week. The order was seen as a compromise after the U.S. blocked the F-35 purchase because of Turkey's decision to buy an S-400 air defense system from Russia.

Turkey wants to solve the problem with the U.S. through dialogue and "is working on reimbursement for the F-35 payment," Erdogan said.

A State Department spokesman declined to comment, citing department policy on defense sales or transfers that haven't been formally notified to Congress. The White House didn't immediately respond to a request for comment.

Erdogan expects to meet U.S. President Joe Biden during the Group of 20 summit in Rome at the end of October, officials said.

The U.S. says the Russian air-defense system can gather intelligence on the F-35s' crucial stealth abilities. For its part, Turkey has so far shown no inclination to back down over the purchase, with Erdogan meeting Russian President Vladimir Putin as recently as Sept. 30 to discuss how to expand defense cooperation.