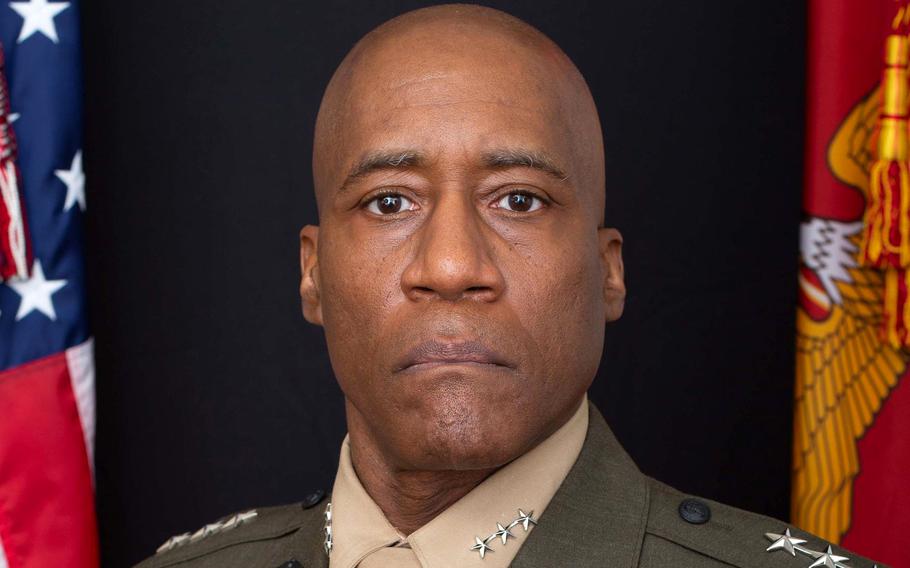 The Pentagon announced June 9, 2022, that Marine Corps Lt. Gen. Michael Langley has been appointed to the rank of general with an assignment as the next leader of U.S. Africa Command in Stuttgart, Germany. (U.S. Marine Corps)

Biden also nominated Langley for promotion to general, and if the Senate confirms him, he would become the first Black four-star general in the Marine Corps’ 246-year history.

He would succeed Army Gen. Stephen Townsend, who has led the Stuttgart, Germany-based command since July 2019.

Prior to that, Langley commanded U.S. Marine Corps Forces Europe and Africa for one year. His predecessor at the Stuttgart-area headquarters was removed amid allegations of use of a racial slur for African Americans in front of troops.

A native of Shreveport, La., Langley graduated from the University of Texas at Arlington and was commissioned in 1985.

During his 37-year career, Langley has commanded at every level from platoon to regiment and has served overseas in Okinawa, Afghanistan and Somalia.