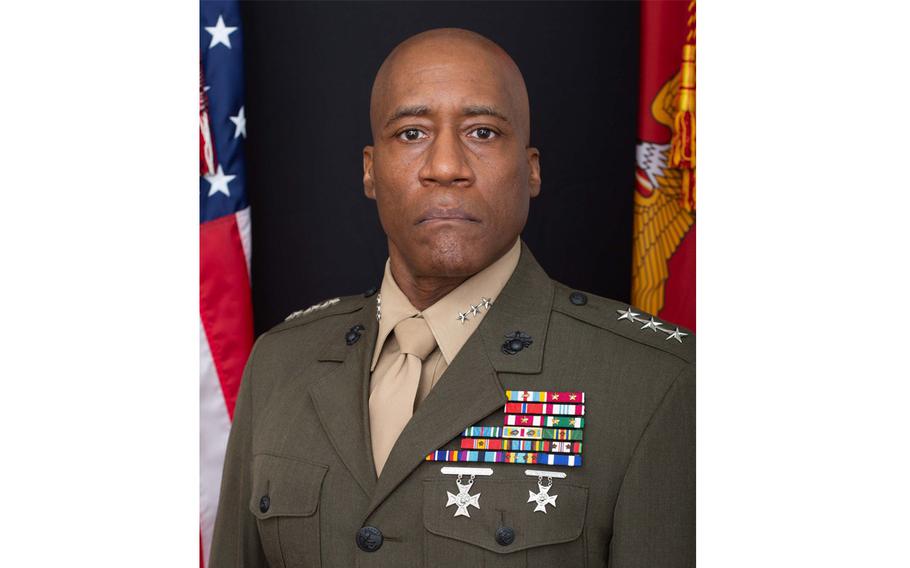 Lt. Gen. Michael Langley, a Marine with experience commanding American forces in Africa, has been recommended to serve as the next leader of U.S. Africa Command, The New York Times reported Friday, May 20, 2022. (U.S. Marine Corps)

STUTTGART, Germany — Lt. Gen. Michael Langley, a Marine with experience commanding American forces in Africa, has been recommended to serve as the next leader of U.S. Africa Command, The New York Times reported Friday.

Langley, if confirmed, would be become the first Black four-star general in Marine Corps history, breaking new ground in a military service that has faced criticism for not promoting sufficient numbers of minority leaders.

Langley now oversees Marine forces on the East Coast, but previously he led U.S. Marine Forces Europe and Africa based out of Germany. Langley took command of the Stuttgart-area headquarters in November 2020 after his predecessor was removed amid allegations of using a racial slur for African Americans in front of troops.

In a February 2021 interview with Stars and Stripes, Langley said the military, like society in general, is “evolving” when it comes to racial issues. Langley said his personal experiences in the Marines have been almost exclusively positive on racial matters. But coming up through the ranks, Langley said he experienced instances of racial tension, mostly outside of the Marine Corps.

“He said, you guys have been sheltered, you’ve lived on bases. You’ve played with who you wanted to play with,” Langley recalled his father telling him.

When they moved in 1972 to the west side of Fort Worth, Texas, they were the only Black family in an area referred to as “cowboy country.”

“At that time, we were taking it from all sides,” Langley said. “The Blacks didn’t like us because we lived out in a white neighborhood. And the whites considered us different and wondered why we were there.”

If Langley becomes the next AFRICOM chief, replacing Army Gen. Stephen Townsend, a top priority will be countering militants in the East African country of Somalia.

On Monday, the Pentagon said U.S. special operations troops will return to Somalia, reversing a decision by former President Donald Trump during the last days of his administration to pull 700 service members from the country.

Other challenges on the continent involve countering China’s growing military influence and Russia’s tentative efforts to gain a foothold in fragile states such as Mali, where U.S. officials have said Russian mercenaries have gained influence.