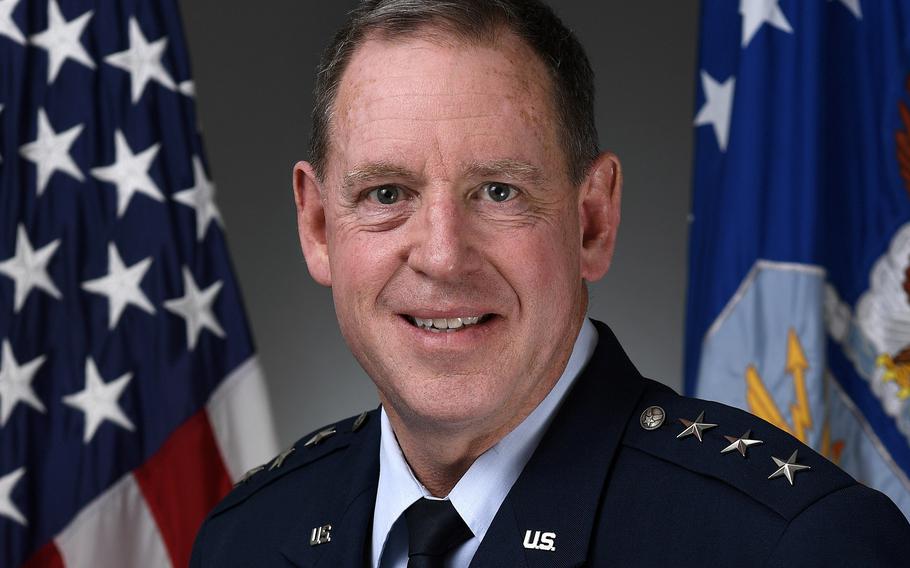 Defense Secretary Lloyd Austin has nominated Lt. Gen. James B. Hecker for his fourth star and an assignment as the next commander of U.S. Air Forces in Europe-Air Forces Africa at Ramstein Air Base in Germany. (U.S. Air Force)

Lt. Gen. James B. Hecker has been nominated to lead U.S. Air Forces in Europe-Air Forces Africa and be promoted to general, the Pentagon announced Wednesday.

He currently serves as commander and president of Air University, Air Education and Training Command, at Maxwell Air Force Base in Alabama.

If his nomination is approved by Congress, Hecker would succeed Gen. Jeffrey Harrigian, who’s been in charge of USAFE-AFAFRICA for more than three years.

No date for a change of command ceremony has been announced, but one is expected to take place before the end of the month, a USAFE-AFAFRICA spokesman said Thursday.