As weather warms, heavy rains and avalanches become part of planning for Marines during Arctic exercise 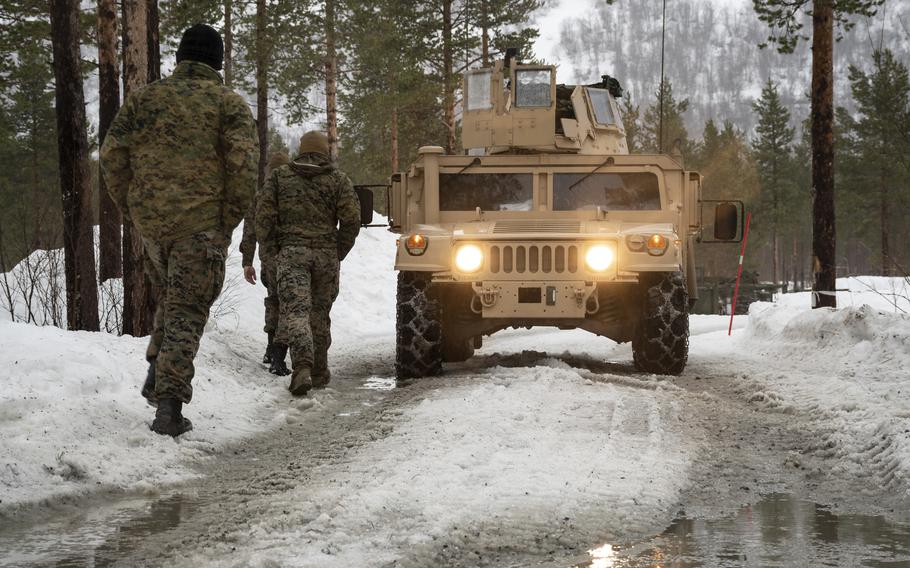 SETERMOEN MILITARY CAMP, Norway — The weather along Norway’s Arctic coast, which is being investigated as a factor in the Osprey crash that killed four U.S. Marines last week, is becoming increasingly hard to predict as warming trends change the terrain and storms become more frequent.

The weather has been a main focus of training for the U.S. Marines and sailors in Norway for the Cold Response exercise, which includes about 30,000 service members from 27 nations.

But this isn’t the subzero weather many of them expected.

A slushy mix of rain and snow was blowing in storm winds on Friday evening at the site of the crash in Beiarn, a rural area about 725 miles north of Oslo.

In Bodoe, the town about 25 miles north of the crash where the Osprey crew was supposed to land, the temperature was slightly above freezing.

And at this austere base more than 230 miles north of Bodoe, well into the Arctic Circle, the temperature has reached up to 50 degrees recently. 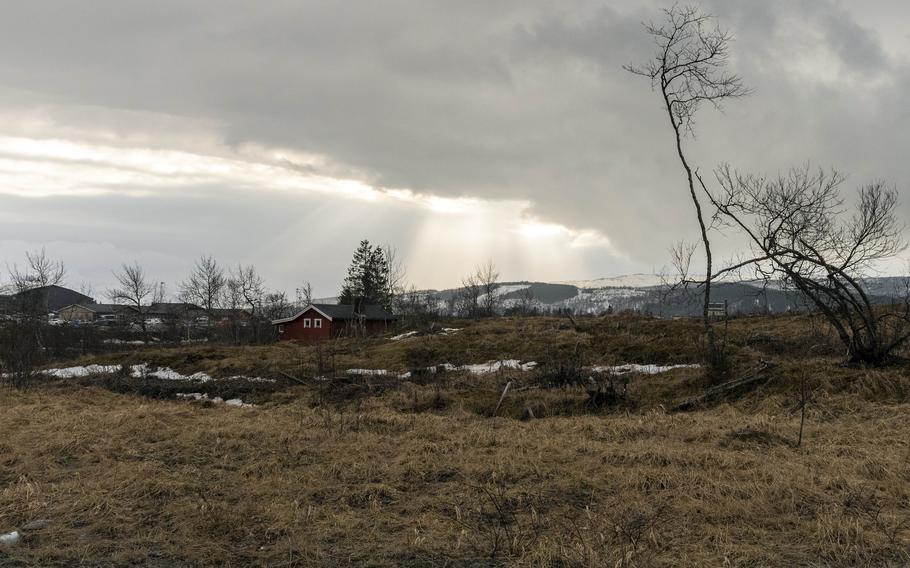 A field in Evenes, Norway, close to where NATO forces are participating in Exercise Cold Response, is pictured on Tuesday, March 22, 2022. Organizers had expected several feet of snow to be on the ground during the exercise. (Phillip Walter Wellman/Stars and Stripes) 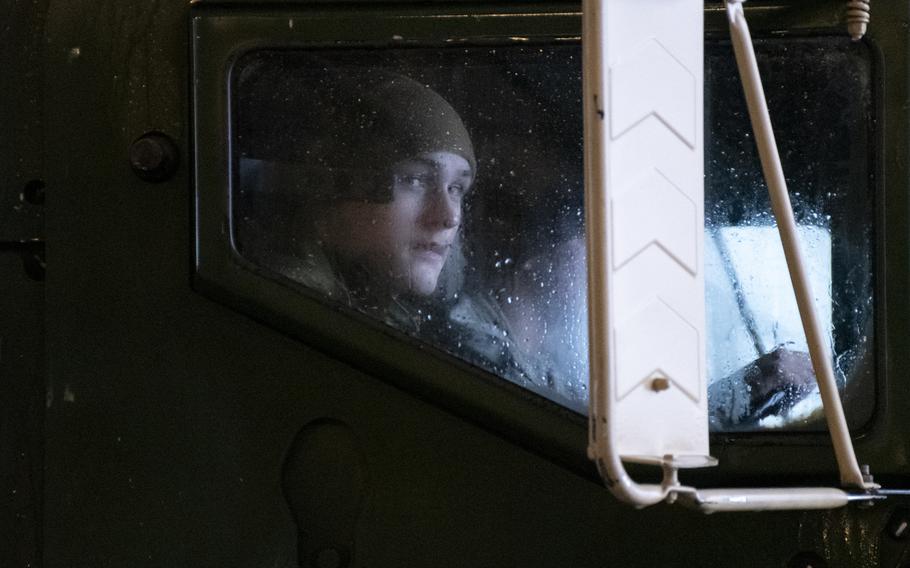 A Marine looks out the window of a logistics vehicle during a rainy day at Setermoen Military Camp, Norway, on Saturday, March 19, 2022. (Phillip Walter Wellman/Stars and Stripes)

The changing conditions mean that U.S. forces will have to adapt how they operate, both for the safety of their forces and the success of any potential future combat operations in the High North.

The service members who spoke with Stars and Stripes at Setermoen did so before the four Marines involved in the Osprey crash were confirmed dead by the service, and they generally declined to discuss the matter. But they did talk about adapting to operating in such a challenging environment at a time when the Arctic is increasingly becoming a region of competition.

Russia has built up its Arctic military assets in recent years and last year at one of its northern bases tested a stealth torpedo designed to bypass coastal defenses, according to a CNN report.

In the air, pilots must account for more extreme rainfall and storms. The number of days with associated severe weather is expected to rise in northern Europe and fall in southern Europe by 2050, according to a September study by Eurocontrol, a civil-military group financed by European Union member states.

On land, permafrost melt could mean anything from swampy conditions to collapses and debris flows.

“We don’t have the luxury of sucking it up, putting our backpacks and snowshoes on and walking,” Artime said. “We always have to think about how we can use different routes, whether it’s going over snow or staying on trails, and think about how to use our assets to get what we need to the people on the front lines.” 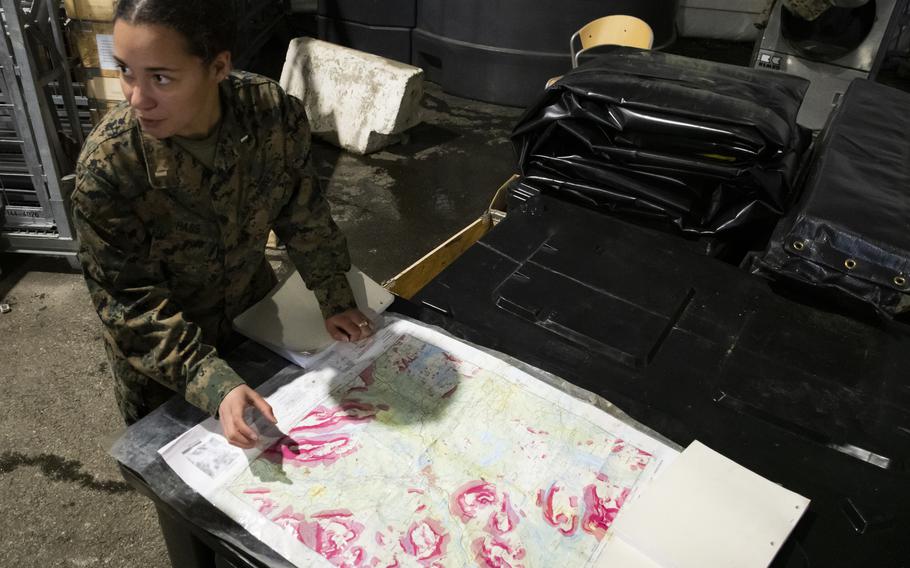 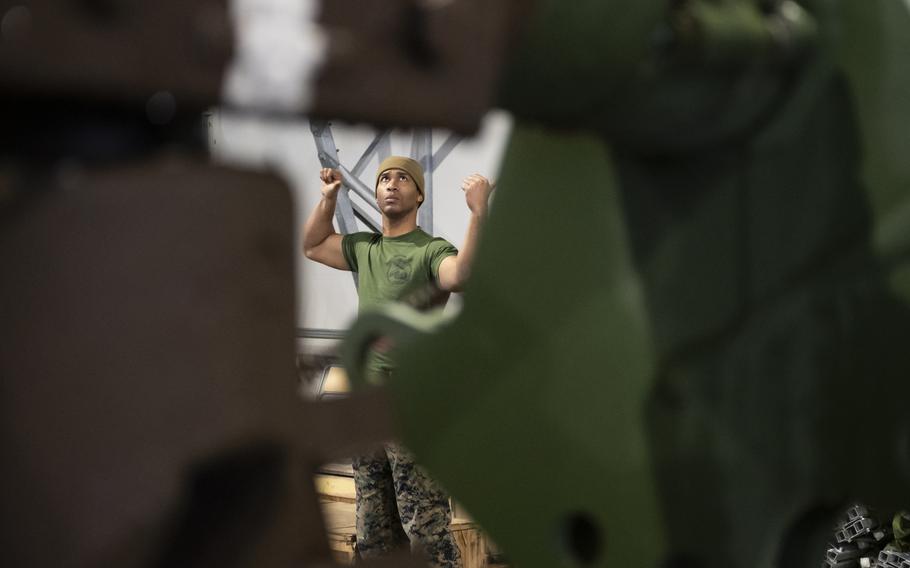 The importance of combat logistics support has been highlighted in Ukraine, where the Russian military’s logistics operations are widely blamed for the halting advances since the start of the Kremlin’s invasion on Feb. 24.

When the Marines arrived in Norway earlier in the winter to prepare for frigid conditions, they determined they needed snow chains for their wheeled vehicles, including the 7-ton wreckers, and that an all-terrain, tracked vehicle known as a Bandvagn, or BV, would be used for many off-road deliveries.

However, as rain fell and ice eventually replaced snow, the BVs became ineffective in many places because their tracks had nothing to grip, the Marines said.

Warmer conditions made tasks such as moving supplies with their wheeled vehicles by road easier, while moving things off-road became much more difficult.

Avalanches are also a greater risk now. In a warehouse where the Marines in the detachment were preparing for their next training exercise, 1st Lt. Katie Hass, the motor transportation platoon commander, pulled out an avalanche map with areas to avoid marked in red.

“The area that we’re going to go be in, the mountainous terrain is a lot more at risk,” Hass said of the forthcoming exercise. “There is a lot more red down south.”