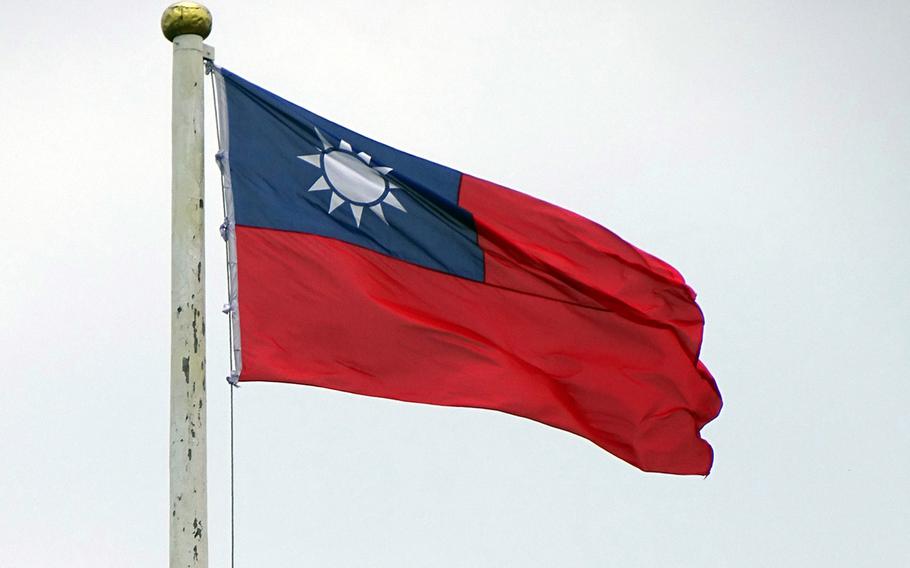 The U.S. government needs to make clear that Americans will fight and risk nuclear war on Taiwan’s behalf, a former Marine and consultant on Asian defense matters said Tuesday.

“Make it clear to the Chinese leaders that they will lose everything if they start a war over Taiwan,” retired U.S. Marine Col. Grant Newsham, a senior researcher with the Japan Forum for Strategic Studies in Tokyo, wrote in an email to Stars and Stripes. “The U.S. also needs to take the lead and help Taiwan break out of 40 years of military and diplomatic isolation.”

The video, obtained from Chinese state television, shows troops storming a beach and overcoming coastal defenses with the help of a drone – the sort of skills they’d need to invade of Taiwan.

Japanese public broadcaster NHK replayed the footage that includes soldiers landing on a beach in small boats and being supplied by a hovering drone before blowing up an obstacle and firing their weapons as they maneuver inland.

The exercise follows incursions by nearly 150 Chinese warplanes into Taiwan’s air defense identification zone over a four-day period this month.

On Saturday, during an event to commemorate the overthrow of China’s last imperial dynasty in 1911, Chinese President Xi Jinping said peaceful reunification was in the interest of the entire nation, including the Taiwanese people.

However, Xi has previously vowed to “smash” attempts at Taiwan independence and said the issue cannot be passed from generation to generation forever.

China regards the democracy of some 24 million people as a rebellious province, but Taiwan has maintained that it will defend its independence.

The invasion threat is “dead serious,” Newsham said in his email.

In recent years the Chinese military has built sufficient capability to believe an invasion of Taiwan might succeed, he said.

“The [Chinese military] has developed a good enough amphibious capability - to include marines and amphibious-trained army soldiers - and they have been training for years,” he said. “They understand the importance of combined arms and joint operations and are working on this to combine air, sea, and ground forces.”

An assault on Taiwan would probably include full use of China’s rocket force, electronic and cyber warfare and special operations and spies already on Taiwan, Newsham said.

It’s likely that a force from the mainland could ferry at least several thousand troops across the Taiwan Strait on the first day of an assault, he said.

China has at least 55 amphibious ships, hundreds of civilian vessels and thousands of barges that could participate, he said.

The U.S. military, including much of the Marine Corps, has tended to dismiss Chinese capabilities, Newsham said.

“This is dangerous and condescending, in my opinion,” he said. “I'd say the Chinese probably were capable of assaulting Taiwan at least seven or eight years ago, though with no guarantee of success. They have improved capabilities since then and keep improving.”

U.S. and Taiwanese forces should train together, and the U.S. should also provide political and diplomatic support for Taiwan, he said.

Japan, Australia, India, the United Kingdom and other countries in Europe should also be part of the defense of the island, Newsham said.

“There is no deal to be cut with [China] over Taiwan,” he said. “Taiwan is this era's version of Czechoslovakia in the 1930s when the Germans were demanding it be handed over. The stakes are that high for our generation.”

Robert Dujarric, co-director of Temple University’s Institute for Contemporary Asian Studies in Tokyo, said the U.S. likely wouldn’t get involved militarily if Chinese action on Taiwan was limited to something like economic sanctions.

“The D-Day scenario where the Chinese army lands on the western coast of Taiwan … I think would lead to an American military response,” he told Stars and Stripes by telephone Tuesday. “If that would lead to nuclear war, I don’t know.”