Ulysses S. Grant gets a promotion in 2023 defense bill 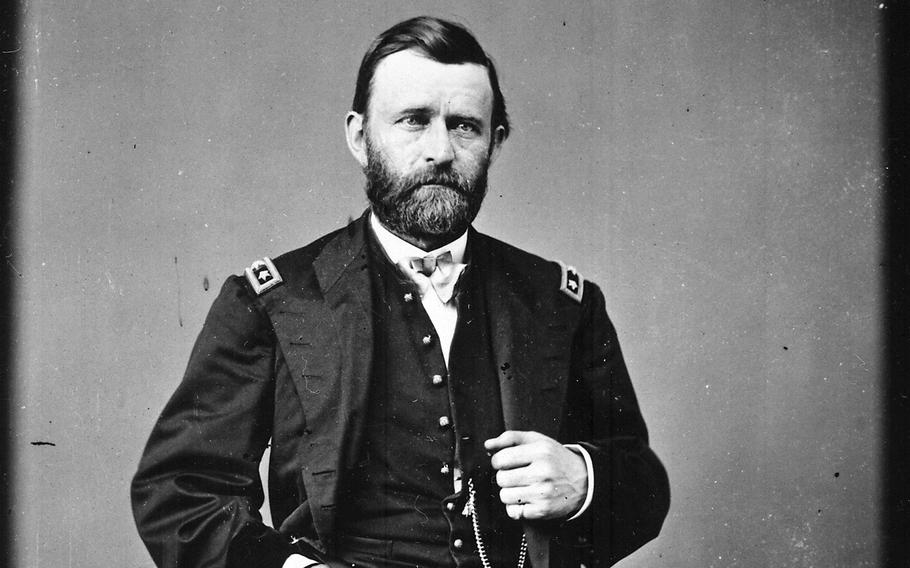 Lt. Gen. Ulysses S. Grant, photographed by Matthew Brady, circa 1864. More than a century after his death, Grant is set for a posthumous appointment to General of the Armies of the United States, in the 2023 National Defense Authorization Act. (National Archives and Records Administration)

More than a century after his death, the Army general hailed for saving the United States during the Civil War is being promoted a final time.

Ulysses S. Grant, the Union commander who led the defeat of the Confederacy, only to be later derided because of scandals during his presidency, is set for a posthumous appointment to general of the armies of the United States in the 2023 National Defense Authorization Act.

The measure was introduced by Democratic Sen. Sherrod Brown of Ohio, where Grant was born, and Sen. Roy Blunt and U.S. Rep. Ann Wagner, both Missouri Republicans.

General of the armies of the United States is the highest rank in the Army. It has been conferred only twice previously.

The first recipient was John J. Pershing in 1919, for his command during World War I. In 1976, the title was given posthumously to George Washington during the bicentennial celebrations.

Historians mostly agree that Grant, who accepted the surrender of Confederate Gen. Robert E. Lee at Appomattox, Va., in 1865 to end the Civil War, was a skilled commander who harnessed the Union’s superior resources and attacked relentlessly.

“Many Union generals temporized and put off battles until their troops were better trained and equipped,” according to Grant biographer Ron Chernow. “Grant recognized that such delays would benefit equally his Confederate opponents and preferred to strike quickly and capitalize on the element of surprise even when his troops weren’t perfectly ready.”

But his reputation as president, from 1869 to 1877, has shifted remarkably over the past century. Scandals in his administration, which had placed him in the lower rungs of presidential rankings, have receded in importance for some historians.

His efforts to protect and empower newly freed African Americans have garnered more attention as Confederate monuments erected during the early 20th century are being taken down.

“I believe that the promotion would be much more than a symbolic nod to a great military general,” Anne Marshall, the Ulysses S. Grant Presidential Library’s executive director, wrote in an essay on The Conversation website earlier this month. “Rather, it would highlight the overlooked legacy of a man who fought to end the last vestiges of slavery.”

As president, Grant pushed for the 15th Amendment, which guaranteed voting rights to all male citizens regardless of “race, color or previous condition of servitude.”

He also sent federal troops to fight terrorism against Black people in the South and temporarily crushed the Ku Klux Klan, historians say.

His successor, President Rutherford B. Hayes, pulled the last federal troops from the South, ending Reconstruction and beginning an 80-year era of Jim Crow segregation.