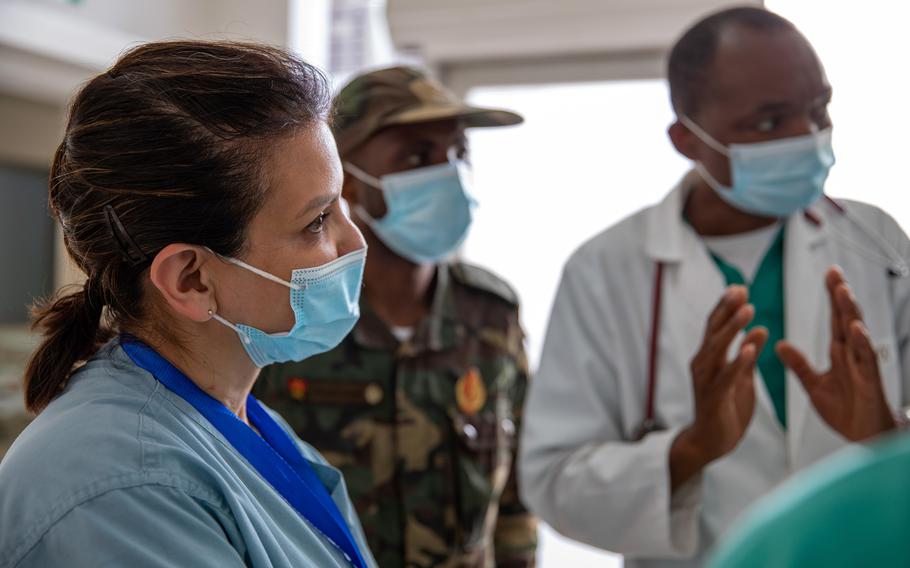 VICENZA, Italy ⁠— Capt. Claudia McDermott didn’t know what to expect when she took leave from her job as an emergency room nurse in the Chicago area to head up a team of Army Reserves doctors and nurses for a mission in Angola.

“We weren’t really sure what that was going to look like,’‘ said McDermott, commander of the 357th Forward Resuscitative Surgical Detachment. “It sounded exciting, something different.”

Officials with the Southern European Task Force, Africa who organize and fund several military medical readiness exercises, or MEDREXs, throughout Africa each year, weren’t exactly sure, either.

The 10-day exercise in November was the first to Angola in a decade.

The exercises are designed, according to SETAF-AF, to train U.S. soldiers to deploy and practice medicine without the technology and tools they’re accustomed to, share best practices with African health care providers and build relationships.

The command has sought to partner with Angola for several years, a spokesman said.

“Due to logistical and timing considerations, it took about two years of planning and coordination to get to the point where the event was of appropriate size and scope for both the U.S. Army and the Angolans,” Maj. Christopher Bradley said. 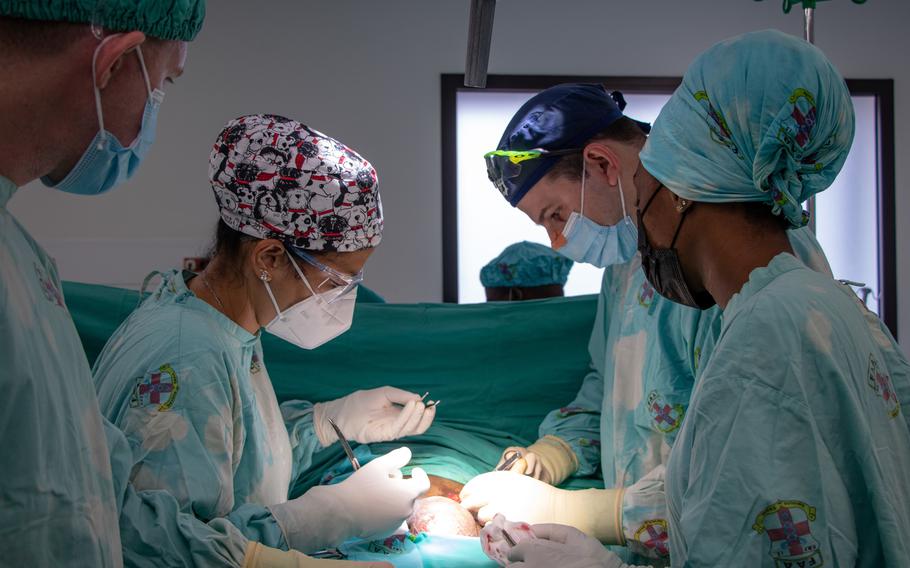 Members of the Angolan armed forces and U.S. Army medical teams perform surgery on an Angolan citizen at the Hospital Militar Principal in Luanda, Angola, in November. (Dave Thompson/U.S. Army)

The U.S. isn’t alone in wooing the petroleum- and mineral-rich southern African country, which was aligned with the Soviet Union until the end of the Cold War.

The country’s recently re-elected president, Joao Lourenco, who succeeded his 38-year predecessor, Jose Eduardo dos Santos, in 2017, has been criticized for increasing authoritarianism, a long recession and a high poverty rate.

For Russia, with its strategy of propping up isolated leaders for leverage, “Lourenco makes an attractive target,” according to a Brookings Institution report earlier this year.

“His military academy training in the USSR, Russia’s extensive Cold War era ties to Angola, and Angola’s vast diamond, oil, gold, and mineral resources will all factor into increased Russian attention on Lourenco,” the report said.

At the same time, the country also has close ties to China, which has invested in infrastructure, manufacturing and industry in southern Africa. 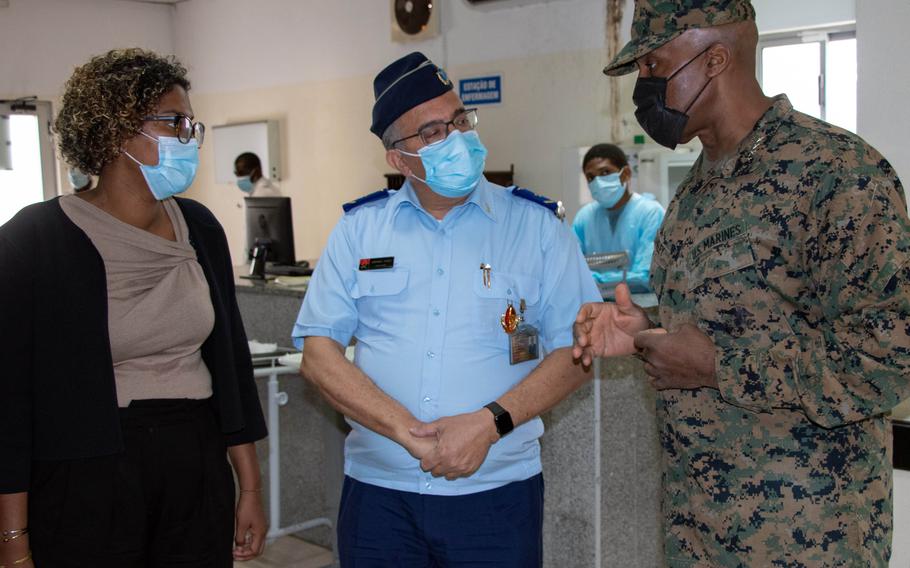 Colonized by the Portuguese for nearly five centuries, Angola was wracked by civil war from 1975 until 2002. More than a million people died and up to 100,000 were maimed by landmines, according to the Council on Foreign Relations.

The U.S. backed the losing side in the war, providing more covert aid than any group other than Afghanistan’s mujahideen, according to Alex Vines, director of the Africa program at Chatham House, a London-based think tank.

Afterward, no Western donors offered to help the country, so the Chinese stepped in, Vines said.

“Angola has multiple relationships and of course the U.S. is an important one,” Vines said. “I think this should be seen as a kind of warming relationship.”

It was exactly that for McDermott during the MEDREX. She and her fellow reservists spent their time at a hospital in the country’s capital, Luanda, and saw about 100 patients.

“One of their biggest hurdles, we noticed, is that they’re always looking for supplies,” McDermott said.

They fashioned medical gloves into catheters, rubber bands and tourniquets, she said. American soldiers gave a presentation on how U.S. nurses practice with more autonomy than those in Angola.

“They were fascinated,” McDermott said, adding that the Angolans were warmly accepting and seemed open to learning.

“What my team got out of this was long-lasting friendships,” McDermott said. “We were all exchanging phone numbers. That was the biggest thing for me.”