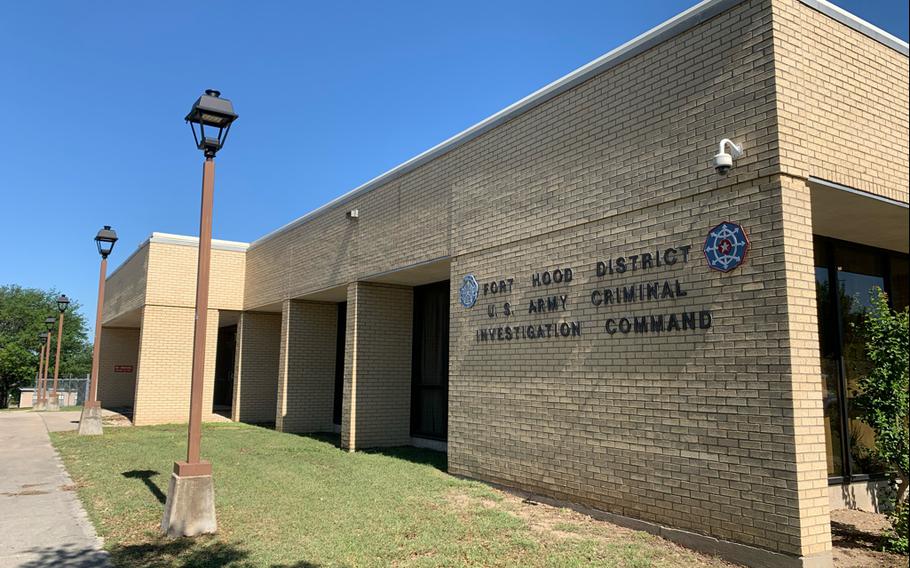 The Army Criminal Investigation Division at Fort Hood, Texas, is the lead agency investigating a series of cases at the base that led to a sergeant being charged Tuesday, Oct. 25, 2022, with counts of attempted murder, rape and kidnapping.  (U.S. Army)

AUSTIN, Texas — A 29-year-old sergeant at Fort Hood was charged Tuesday with multiple counts of premeditated attempted murder, rape, kidnapping and burglary in connection to an Oct. 2 incident in the barracks that involved a gun and was thought to be connected to other violent assaults on base, officials at the Texas Army post said.

The name of the soldier, who is assigned to the 62nd Engineer Battalion, 36th Engineer Brigade was not released Wednesday because the charges against the soldier have not yet been referred to a court-martial, according to a statement issued by Fort Hood officials. An arraignment has not been scheduled.

The sergeant was arrested Oct. 2 while entering a gate at Fort Hood and is being held in pre-trial confinement, Maria Thomas, the special agent-in-charge of the Army Criminal Investigation Division’s central Texas field office, said this month. The office is the lead investigation agency on the case.

Earlier that day, soldiers living near the intersection of Legends Way and 37th Street at Fort Hood had received a text message alert warning them to stay away from the area because a man with a gun had been seen. Another alert told them it was safe to return less than two hours later.

CID investigators and Fort Hood officials have not said what happened during that time. They also have not provided any further details about the charges against the sergeant.

Army CID began to overhaul its operations at Fort Hood following the disappearance and death of Spc. Vanessa Guillen in April 2020. Investigators have said she was killed at Fort Hood by a fellow soldier and then buried near a river outside of the base.

After her death, the Army launched an external review of Fort Hood. The Fort Hood Independent Review Committee released its report in December 2020 with 70 recommendations to improve conditions for soldiers at the base, including better equipping and training criminal investigators at the base.

It also called for more civilian investigators, which has included the hiring of Thomas, who took to lead of the CID office at Fort Hood in April.

Lt. Gen. Sean Bernabe, who took command of Fort Hood this month, credited those changes to helping arrest the sergeant.