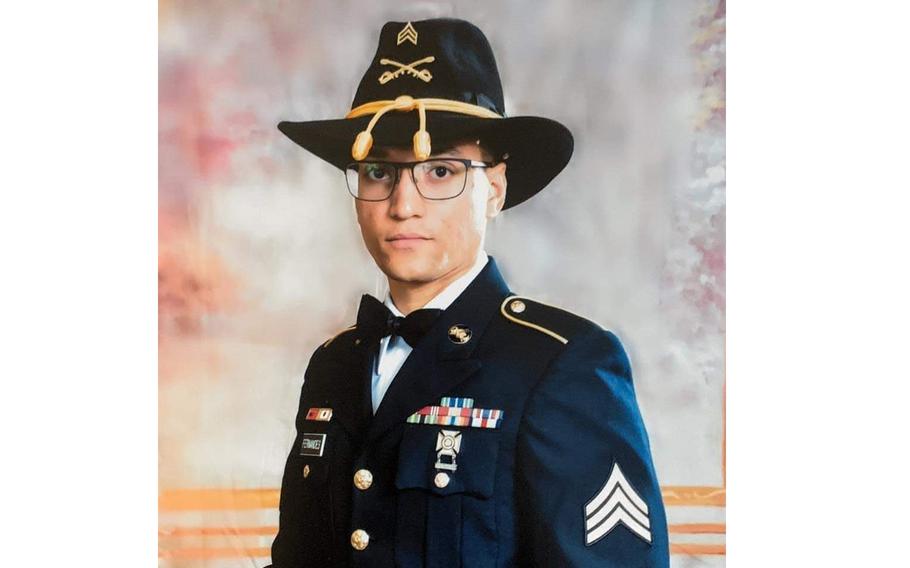 The family of a Fort Hood soldier is seeking $25 million in a wrongful death claim against the Army, claiming he did not receive adequate mental health care at the base hospital in the week before he died by suicide.

Sgt. Elder Fernandes, 23, was found dead about 30 miles from the base in Temple, Texas, on Aug. 25, 2020. He had been released from Carl R. Darnall Army Medical Center at Fort Hood after admitting himself for suicidal ideations. He was released Aug. 17 “with no meaningful plan for his support and he was left on a street in Killeen, Texas, to fend for himself,” according to the letter written by Leonard Kesten, the attorney for Fernandes’ family.

“When he did not show up for duty the day after his release, no search was initiated and Darnall did little or nothing to search for him. It was not until his mother arrived in Texas and demanded action that a search was commenced,” Kesten wrote. The letter is cosigned by fellow attorney Michael Stefanilo.

The letter was sent last month to the Army with a wrongful death claim form, which is the first step in filing a medical malpractice lawsuit against the government.

The claim is under investigation by the U.S. Army Claims Service, but Army policy does not allow for comment on the particulars of ongoing claims investigations, said Sgt. 1st Class Anthony Hewitt, an Army spokesman.

"Every single suicide is one tragedy too many. We remain saddened by the loss of Sgt. Elder Fernandes and for his family,” he said.

Records from the Army Criminal Investigation Division showed Fernandes was picked up by a staff sergeant upon release from Darnall and dropped off at a home in Killeen, the city outside of Fort Hood’s gates. He never went inside, according to the CID report.

Though his unit — the 553rd Combat Sustainment Support Battalion in the 1st Cavalry Division Sustainment Brigade — the Fort Hood military police, and the hospital knew he was missing, it was 48 hours before CID agents were contacted and began their efforts to find Fernandes. The Temple Police Department investigated Fernandes’ death and believed he was alive for at least three days before he hanged himself from a tree along railroad tracks.

“From the results of these inquiries, it is readily apparent to any reasonable person that the death of Sgt. Fernandes was preventable, if only Darnall had taken him at his word when he reported that he would, in fact, take his own life if he was forced to return to his unit. His death also could have been prevented had Darnall ensured that he received support from family after discharge,” Kesten wrote.

The letter states Fernandes began experiencing mental health symptoms and suicidal ideations after he was sexually assaulted and then, after reporting it, faced bullying and harassment by fellow soldiers in his unit.

The family of Spc. Vanessa Guillen, who also died at Fort Hood in 2020, submitted the same form last month seeking $35 million in damages for wrongful death and personal injury. Guillen went missing in April 2020, and her body was found about two months later. Law enforcement officials believe she was killed by a fellow soldier who shot himself dead when confronted by police.

“It is with great sadness that we submit this demand. There is nothing that can bring Elder back to his loved ones. The hole that exists for all those who knew and loved him will always be there. We hope that Sergeant Fernandes’ death will not be in vain and that no other soldier will suffer as he did,” Kesten wrote. “The United States owes this much to his memory. This great country can and will do better.”