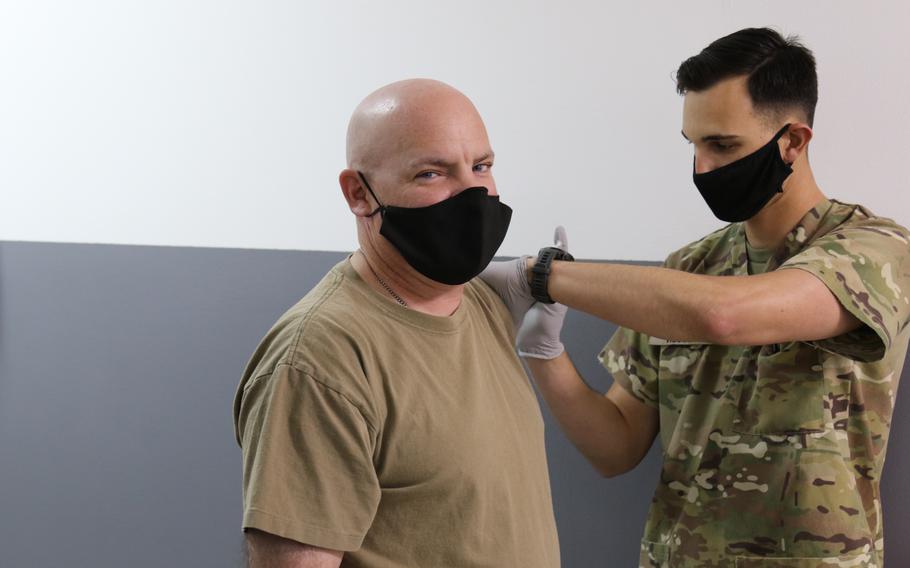 Army leaders discharged another 63 soldiers for refusing the coronavirus vaccine, its busiest week for involuntary separations since the service began kicking out troops about two weeks ago for not taking the mandated shots, according to data published Thursday.

The new discharges bring the number of inoculation-refusing active-duty soldiers dismissed from the military to 90, the data showed. The service, which ordered commanders in January to boot most soldiers who outright refused the vaccine, announced March 18 that it had kicked out its first three soldiers for “refusing a lawful order” to take the shots.

Active-duty soldiers were required to be fully inoculated against the coronavirus by Dec. 15, 2021. Army National Guard and Reserve troops have until June 30 to complete a full vaccination regimen.

Those who have not taken the vaccine can seek waivers for religious or medical exemptions, but approvals of such requests have proven rare.

To date, the Army has approved 20 permanent medical exemptions to taking the vaccine, denied 664 and 12 cases remained pending as of Thursday. Service officials had only approved two religion-based exemptions as of Thursday, the data showed. Meanwhile, it had denied 834 requests, and 3,230 cases were still under consideration.

Those denied waiver requests have seven days to begin the vaccination process or file an appeal of their denial before commanders are to begin the separation process, according to a January order from Army Secretary Christine Wormuth. As of Thursday, the Army listed 2,569 active-duty soldiers as outright vaccine refusers.

The service also said Thursday that 97% of active-duty soldiers had been fully vaccinated against the virus. About 87% of the Reserve force had been fully inoculated as of this week. The Army has declined to provide updated vaccination rates for National Guard troops.

The Army was the last of the Defense Department’s military services to remove troops for refusing the coronavirus vaccine. The Air Force had separated 236 active-duty airmen as of Tuesday. The Navy had separated 689 active-duty sailors and the Marine Corps had removed 1,049 Marines from the service as of Thursday, according to the most recent data from those services.

A federal judge in Texas on Monday ordered the Navy to halt discharge proceedings or other punishments against all sailors who had sought a religious exemption to the coronavirus vaccine. The order does not impact the other military services, including the Army.