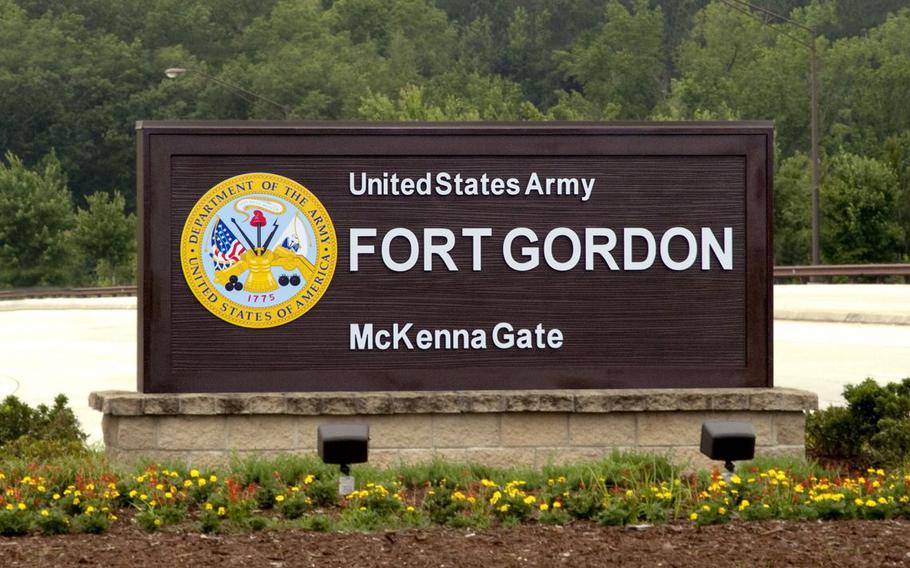 AUGUSTA, Ga. (Tribune News Service) — Fort Gordon is seeing growth in the workforce and has seen the continuation of construction projects throughout the installation even during the COVID-19 pandemic.

Pick said Fort Gordon, with a supported population of 120,209 service members, civilians and family members, can be considered the sixth largest city in Georgia. With the Army Cyber Center of Excellence moving from Maryland to Georgia, the majority of the workforce arrived last year.

"The brunt is behind us of the influx. If you go back for the last eight years, we have grown by 9,000 soldiers from 2012 to now," Pick said. "That's been the majority of the growth that has come to Fort Gordon. We have continued growth but it won't be at that peak."

Gate 6, located about six miles west of Gate 1, is expected to be completed and open to the public around the first and second weeks of October. Pick said they are excited about the new gate, which will triple the capacity of vehicles that can enter and leave the installation compared to Gate 1.

The new gate will have six lanes available, compared to only two at Gate 1.

"Gate 6 has been a challenging project because we took some weather events, going back to last October when the hurricane came through, that caused some severe erosion," Pick said.

The $50 million project is aimed to alleviate gridlock on Gordon Highway and its connectors, as well as reduce congestion at Fort Gordon's busiest entrance, which is Gate 1. Access to the new gate will be available off Gordon Highway

In addition to road work, construction for the Cyber School campus has begun at Fort Gordon. Two of the major buildings on campus are under construction with a third building scheduled to start in a few years, Pick said.

The goal is to improve the current 1950s infrastructure into a 21st century cutting edge, world class cyber campus. The pandemic caused some delays but not many, so work could still take place.

"We just had to modify how we brought people on the installation and off. We had to take a lot of mitigation measures for COVID but none of our construction projects stop, which is something we are very proud of," he said.

Not only are buildings being constructed, but demolished as well. The demolition of Signal Towers will begin in December, Pick said. Currently, the building stands in the courtyard of the new campus.

"We are going to take it apart brick-by-brick," Pick said.

Moving on from the military

More than 600 service members have transitioned from the military to the civilian workforce so far in 2021. Fort Gordon Transition Service Manager Angela Gaston said they are on pace with the average amount of 1,200 to 1,400 military members who transition out every year.

"Last year, it was a little bit less than that because of COVID, some people kind of change their minds on transitioning out right now," Gaston said.

She said people are either transitioning after more than 20 years in the military or because their military service terms are up and they are ready to enter the civilian workforce and move on from the military. She said the skills acquired during their time in the military can help them find work more easily.

"You have folks coming out of Fort Gordon with the cyber security experience that a lot of our local businesses truly need right now. It's a matter of getting them in," Gaston.

More than half of the people, 52%, leaving the military are finding viable job opportunities in the Augusta-area or plan to stay here after they leave the service. Gaston said it's not common for military installations to have that high of a number.

Plans are being made at Fort Gordon to follow the directive by the Pentagon and Secretary of Defense requiring military members to have a dose of the COVID-19 vaccine starting Sept. 15.

Personnel who are not fully vaccinated are required to wear masks outdoors, when in shared spaces.