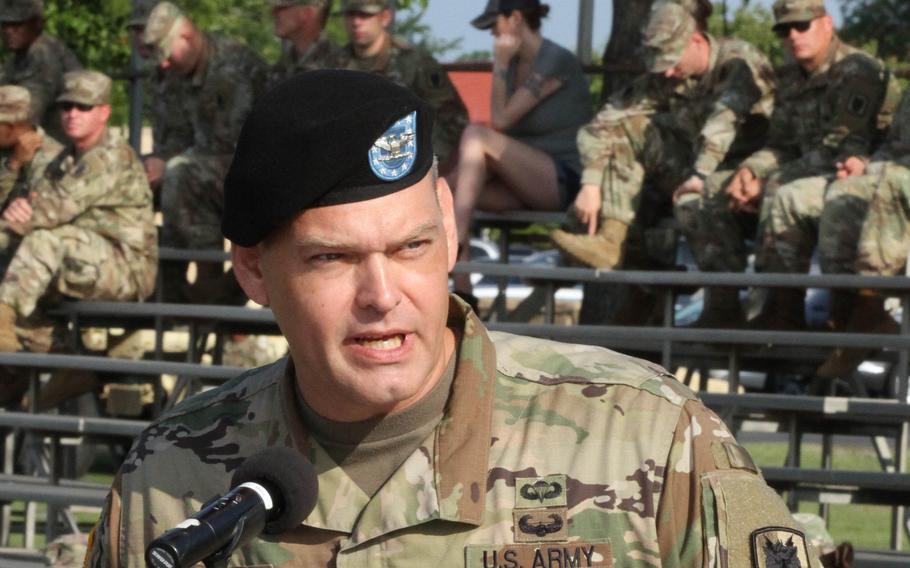 Col. Matthew Foulk, 35th Theater Tactical Signal Brigade Commander, gives his entrance speech during a change of command ceremony on July 19, 2019. Foulk was removed from command Monday “due to a loss of confidence” in his ability to command after a misconduct probe was conducted, according to an Army statement. (U.S. Army) ()

The commander of the Army’s 35th Signal Brigade at Fort Gordon, Ga., has been fired amid allegations of personal misconduct, the service announced Tuesday.

Col. Matt Foulk was removed from command Monday by Lt. Gen. Erik Kurilla, the 18th Airborne Corps commander, “due to a loss of confidence” in Foulk’s ability to command after a misconduct probe was conducted, according to an Army statement.

Col. Joe Buccino, the spokesman for the Fort Bragg, N.C.-based Corps, which oversees the 35th Signal Brigade, declined Tuesday to provide further information about Foulk’s removal. The spokesman would not describe the nature of the misconduct allegations, who conducted the investigation or whether Foulk could face additional punishment beyond his firing.

Kurilla said in the statement that he maintained confidence in the 35th Signal Brigade’s soldiers. He appointed Lt. Col. David Burnham, the brigade’s deputy commander, to take acting command of the brigade.

The 35th Signal Brigade, nicknamed the Lion Brigade, is charged with deploying around the globe to provide other 18th Airborne Corps units with tactical communications capabilities, according to the Army.