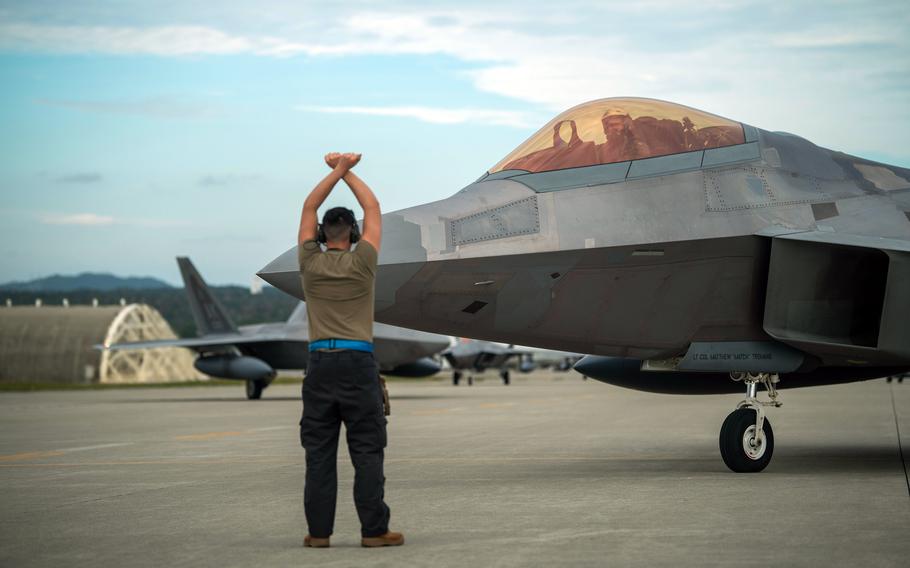 CAMP FOSTER, Okinawa – The first F-22A Raptors roared into Kadena Air Base on Friday, kicking off a two-year plan to replace the installation’s aging F-15 fighters with a superior rotational force.

The 18th Wing declined to say how many Raptors arrived from the 3rd Wing at Joint Base Elmendorf-Richardson, Alaska, but Japan's Ministry of Defense said "around a dozen" would be touching down at the base in southern Japan in the "coming few weeks," a spokesman told Stars and Stripes in an email Friday.

Some government officials in Japan speak to the media on condition of anonymity as a requirement of their positions.

"These aircraft will work in conjunction with local Kadena-based assets to maintain steady-state fighter capabilities and enhance U.S. operational readiness to defend Japan while ensuring a free and open Indo-Pacific," the wing said in a statement Friday evening.

The plan calls for the Air Force to perform a "phased withdrawal" of the base's two aging F-15C/D squadrons over the next two years by replacing them – at least initially – with F-22 fifth-generation stealth fighters on six-month rotational deployments. 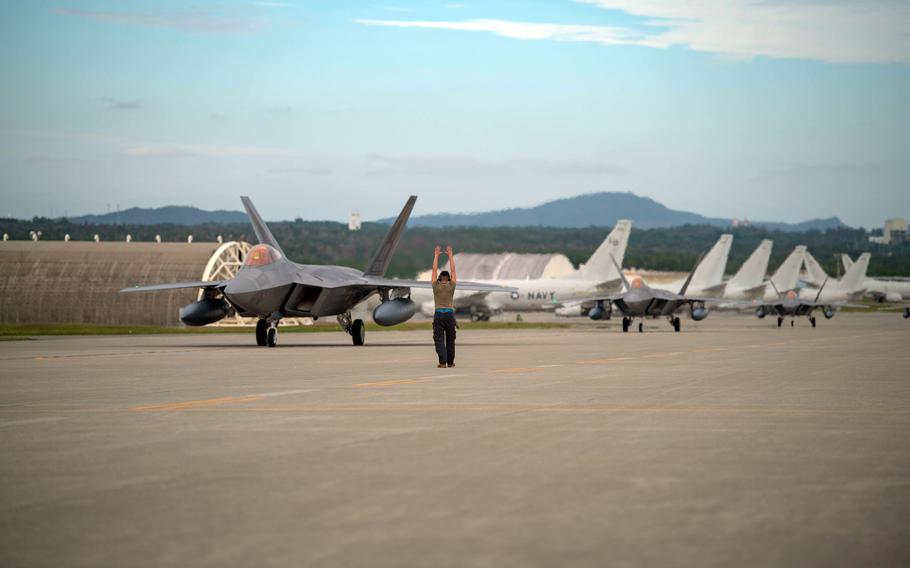 There will be no gaps in fighter coverage, the 18th Wing wrote in a statement Friday to Stars and Stripes. As more Raptors arrive, more F-15s will depart.

It's unclear if the rotational presence will be temporary or an interim measure until a new generation of fighters is positioned permanently on Okinawa, Ralph Cossa, president emeritus of the Pacific Forum think tank in Hawaii, told Stars and Stripes in an email Oct. 28.

Critics have said the move sends the wrong message to China and U.S. allies in the region.

Prominent Republican lawmakers wrote a letter to Secretary of Defense Lloyd Austin on Tuesday asking to be briefed about the plan. They included Sen. Marco Rubio of Florida; Rep. Mike Gallagher of Wisconsin, the top Republican on the Armed Services personnel subcommittee; Sen. Bill Hagerty of Tennessee, the former ambassador to Japan; and Rep. Mike McCaul of Texas, the top Republican on the Foreign Affairs Committee.

"We believe that DOD’s plans to replace permanently-based fighters with rotational forces will lead to a tangible reduction in American forward combat power in the Indo-Pacific, lowering the bar for aggression and demonstrating a continuing mismatch between the Biden Administration’s talking points on the Indo-Pacific and America’s actual commitments in the region," the letter said. 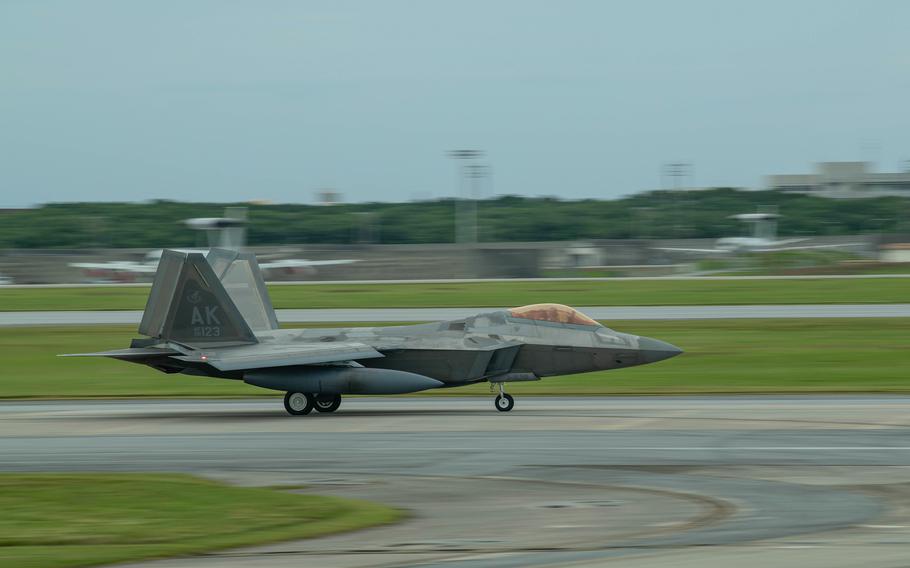 The group agrees with modernization but is concerned there will be no permanent fighter presence, according to the letter.

Kadena is home to 48 F-15C/Ds of the 18th Wing’s 44th and 67th Fighter Squadrons. The Air Force also has F-16 Fighting Falcons at Misawa Air Base in northeastern Honshu, the largest of Japan’s four main islands.

The F-15C/D has been in service for more than 30 years, the 18th Wing told Stars and Stripes. They are being retired due to "challenges" related to becoming obsolete, "sustainment costs, and technical airworthiness."

The Raptor by Lockheed-Martin and Boeing is a multirole fighter designed for air dominance, according to an Air Force fact sheet. The Air Force had 183 of the $143 million aircraft as of August.

The Raptor boasts a "combination of stealth, supercruise, maneuverability, and integrated avionics, coupled with improved supportability," the fact sheet said. It seats one and is armed with a 20-mm cannon, six AIM-120 Advanced Medium-Range Air-to-Air Missiles and two AIM-9 Sidewinders, a short-range air-to-air missile.