‘Awful mistake’: North Korea lashes out at US, South Korea over decision to extend air drills 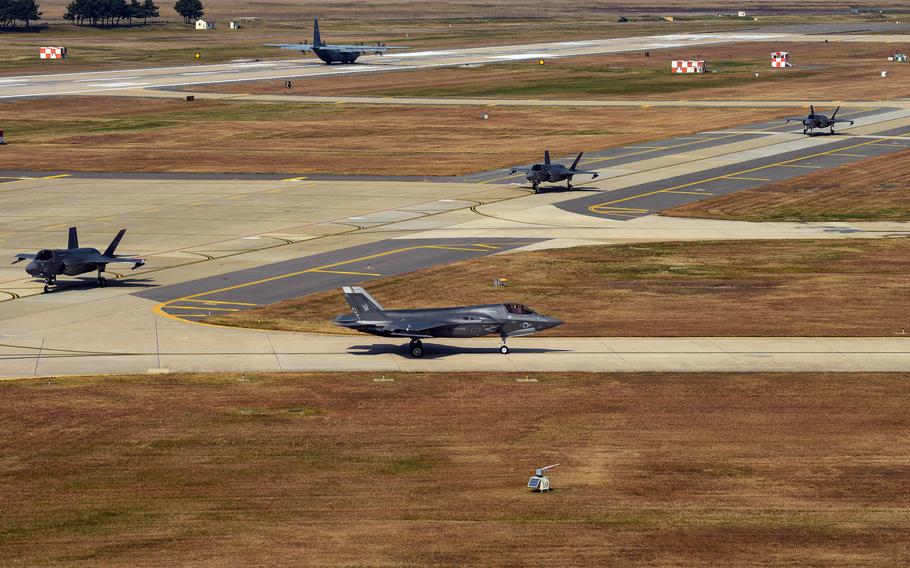 CAMP HUMPHREYS, South Korea — North Korea’s state-media on Thursday said the United States and South Korea made an “irrevocable and awful mistake” by extending their ongoing aerial exercise, which the two allies said was a decision based on Pyongyang’s recent flurry of missile launches.

Extending the large-scale exercise was an “irresponsible decision” that was stoking tensions on the Korean Peninsula, North Korean ruling party secretary Pak Jong Chon said in a statement from the Korean Central News Agency.

The five-day Vigilant Storm exercise was scheduled to end Friday. But South Korea’s Ministry of National Defense on Thursday night extended it to at least Saturday due to “ongoing North Korean provocations.”

The U.S. and South Korean military “shared a view that they need to show an iron joint defense posture of the … alliance in the face of the current security crisis that is escalated due to North Korean provocations,” a ministry statement said.

The U.S. airmen in the exercise are “looking forward to taking this opportunity to continue our combined training” and “enhancing our combat readiness” with the South Korean air force, 7th Air Force spokeswoman Lt. Col. Kelley Jeter said in an email to Stars and Stripes on Thursday.

North Korea fired six ballistic missiles on Thursday, including one that Japan’s Ministry of Defense suspects was an intercontinental ballistic missile. One of the missiles landed in the East Sea and prompted a take-shelter alert in at least three Japanese prefectures.

The communist regime has conducted 29 rounds of missile testing so far this year, with more than 65 missiles launched, a record.

On Wednesday, North Korea fired at least 23 missiles from its western and eastern coasts, a one-day launch record. For the first time since the division of the Korean Peninsula, at least one missile splashed down south of the Northern Limit Line, a de facto maritime border, according to South Korea’s Defense Ministry.

South Korea’s military responded the same day by firing three surface-to-air missiles into the sea north of the line.

South Korean Defense Minister Lee Jong-sup on Thursday said he and U.S. Defense Secretary Lloyd Austin agreed to use “U.S. strategic assets to the level equivalent to constant deployment … in and around the Korean Peninsula."

Lee met with Austin that day in Washington, D.C.