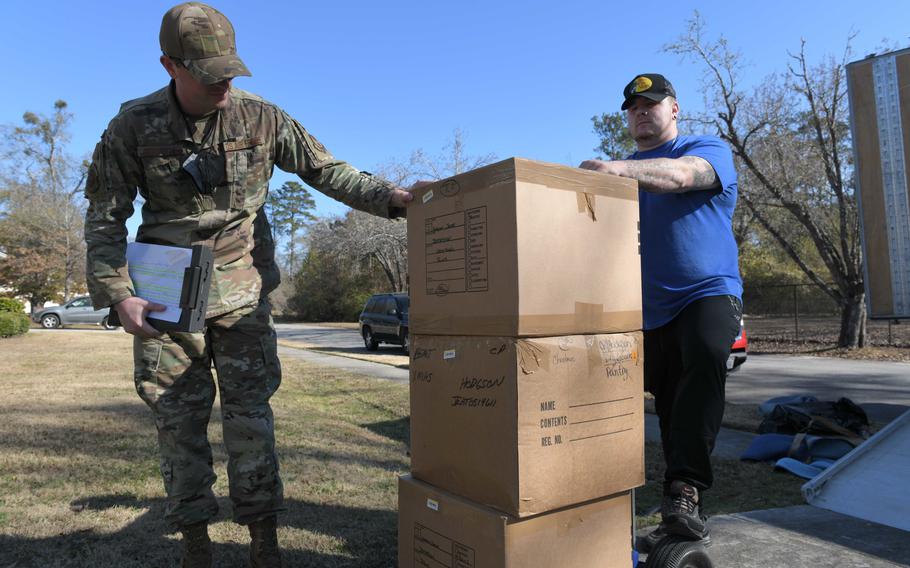 Staff Sgt. Brent Rochette of the 78th Logistics Readiness Squadron inspects shipped items at Robins Air Force Base, Ga., Dec. 15, 2021. The Air Force is halting a program that rewarded experienced airmen who put in four or more years at a stateside base with a job at their preferred base in the continental United States. (Rodney Speed/U.S. Air Force)

The Air Force is halting a program that sought to reward experienced airmen who put in four or more years at a stateside base with a job at their duty station of choice in the continental United States.

The Base of Preference program will be suspended starting June 1, a service spokeswoman said Wednesday.

The cancellation affects base selection for eligible airmen who have completed their first contract. First-term airmen still may participate in a similar program and depart for a new base once they’ve finished 12 months at a duty station, service officials said.

The service’s personnel center will continue accepting applications for the Base of Preference program through May 31, Air Force spokeswoman Laurel Tingley said.

The service expects to save about $8 million annually by discontinuing the program, keeping the Air Force within its projected 2023 budget, Tingley said.

The unofficial Air Force amn/nco/snco Facebook page reported the program’s cancellation in a post Wednesday that displayed a screenshot of part of an email from Chief Master Sgt. Claudia Carcamo, the Air Force’s chief enlisted manager. 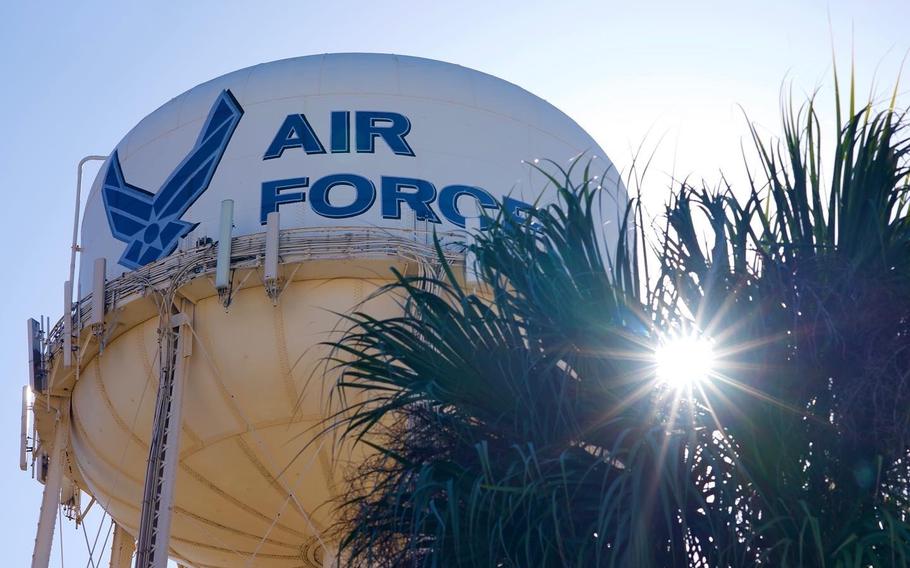 The morning sun shines behind the water tower on MacDill Air Force Base, Fla., Jan. 4, 2021. Florida averages 237 days of sunshine a year and has been at the top of airmen's assignment wish lists. (Tiffany Emery/U.S. Air Force)

Tingley told Stars and Stripes on Wednesday that the message was authentic.

Carcamo’s memo said the program “has historically matched less than 30% of applicants to their desired location.”

There are varied reasons for denial of a base preference request, Tingley said. For example, the gaining location may not have requirements for the given grade or career field. Another possibility is that staffing at the gaining or losing location does not support the reassignment.

Alternatively, such requests could be rejected if the airman or guardian has already been selected for another assignment or is ineligible to move.

In 2018, the Air Force expanded the program to make it easier for eligible airmen in all career fields to find their next assignments. To qualify, enlisted airmen in the ranks of senior master sergeant or below must be assigned to a base in the continental United States and have been at the current location for four years before departure.

The personnel center began posting available locations by skill level and career field every quarter so airmen could see what was available before applying. They also could opt to remain in place if doing so met Air Force requirements.

“As additional modifications are made to the enlisted assignment process, we will revisit the pause and other alternatives to the program,” Carcamo’s message said.