‘It still hurts’: One of the last Merrill’s Marauders dies in Alabama at 101 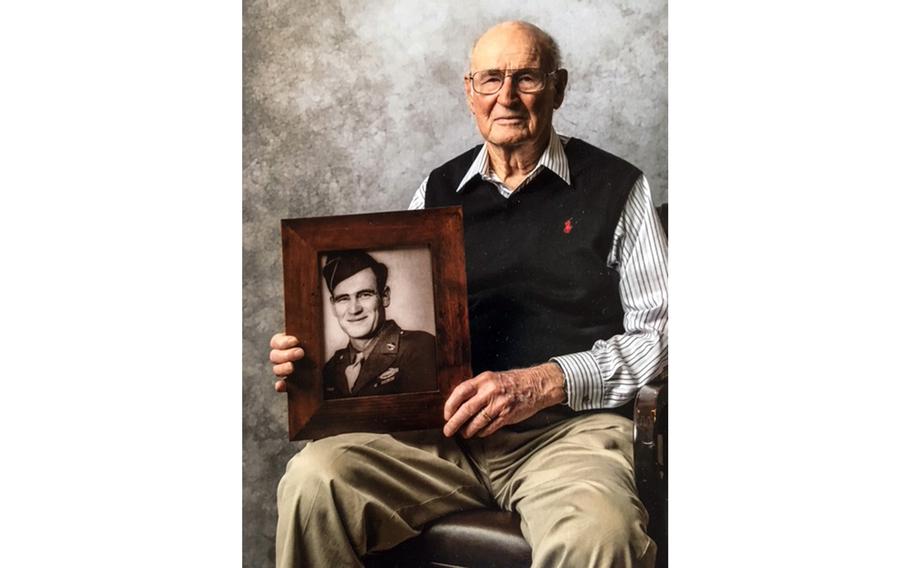 Gabriel Kinney, who served with Merrill’s Marauders during World War II, holds a photo of himself in uniform in this undated photo. (Jonnie Melillo Clasen)

Gabriel Kinney, who joined the Army at 21 in 1942 and later fought behind Japanese enemy lines in Burma as one of the famed Merrill’s Marauders, died Sunday in Hanceville, Ala.

With his death, only one veteran of Merrill’s Marauders remains living, 98-year-old Russell Hamler, who lives in Pennsylvania, according to Jonnie Melillo Clasen, who in recent years has served as an informal liaison to the still-living Marauders and their families as the veterans grew too old for reunions.

“Kinney’s daughter, Carol Crawford, said her father was unresponsive after slumping over while sitting,” Clasen said in a notice emailed Monday. “Despite his age, this was unexpected. Carol said her father attended a Christmas party Friday and was dancing, and that he had a good weekend.”

Kinney was among only a handful of the roughly 3,000 original Marauders still living earlier this year when the unit was awarded the Congressional Gold Medal.

Three surviving Marauders died within a month’s span this spring. 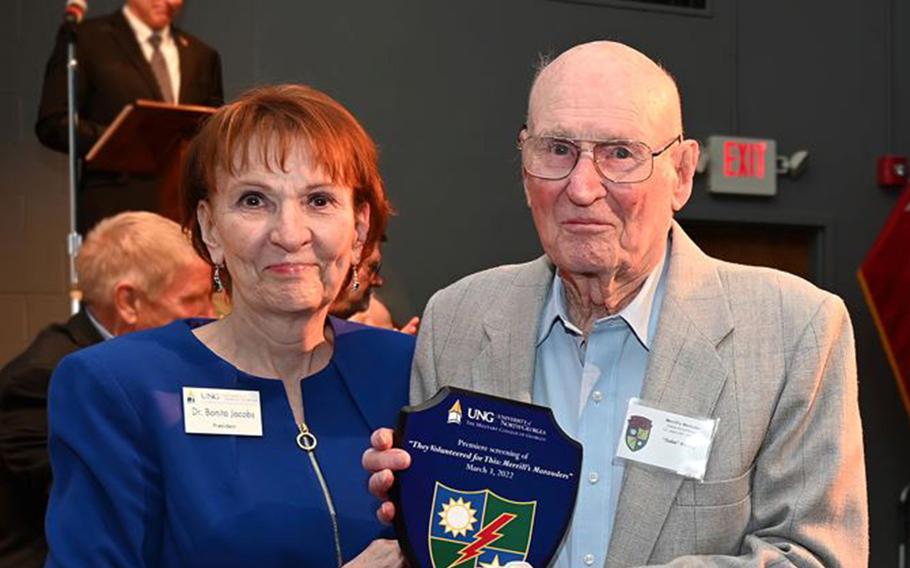 Kinney was inducted into the Ranger Hall of Fame in July. The Army Rangers trace their lineage to the Marauders, named after their commander, Brig. Gen. Frank Merrill.

Kinney was born Feb. 2, 1921, one of 12 children, in rural Alabama. He briefly worked at U.S. Steel in Birmingham after graduating before enlisting in November 1942.

He served first with F Company, 35th Regiment, 25th Infantry, in the South Pacific before volunteering to join what was formally known as the 5307th Composite Unit Provisional, later dubbed the Marauders.

His experiences in Burma left a profound and troubled mark on his psyche, Kinney said during a 2015 interview with the Alabama-based news site AL.com.

For decades after the war ended, Kinney said he refused to talk of his time in Burma.

The Marauders’ ultimate mission was to move behind enemy lines and capture the Myitkyina airfield in northern Burma, which was considered key to keeping China supplied with weapons and other war supplies.

The Marauders succeeded in that on May 17, 1944, but at a huge cost. Only a few hundred soldiers of the unit were still standing after staggering losses from disease, malnutrition, wounds and death.

“There was no turning back, no place to go anywhere,” Kinney said in the interview of the assignment in Burma, from which military leaders expected the majority of soldiers not to survive.

Kinney recalled the intense two-week battle of Nhpum Ga in the spring of 1944, during which the Japanese surrounded the soldiers of 2nd Battalion who had dug into a ridge that became known as “Maggot Hill” for the decomposing dead who could not be buried.

During the siege, he was wounded twice by shrapnel.

“My biggest concern and the gravest concern of all of us was — we were surrounded there — can they keep us with enough ammunition?” Kinney recalled in the interview. For several days, the soldiers had no food or water.

Some battle-weary Marauders began to envy the dead, Kinney said.

“There was a point in time we had gotten where the ones who were not alive were the lucky ones,” he said in the interview. “It got to that point. I’ve seen them look down at one that was in very bad shape and say, ‘You lucky so-and-so.’”

Kinney returned to his home state of Alabama after the war’s end, but the conflict stayed with him.

“I was really mentally not good at all,” he said in the interview. “I do see now the soldiers who have been in war a while are getting psychiatric help. We did not. … There was something wrong with us.”

He returned to U.S. Steel, where he worked as an electrical engineer.

Kinney is survived by his wife, Elena, whom he married on Sept. 8, 1945, and four of their six children.

Kinney’s funeral will be held 2 p.m. Monday at Prince of Peace Catholic Church in Hoover, Ala.