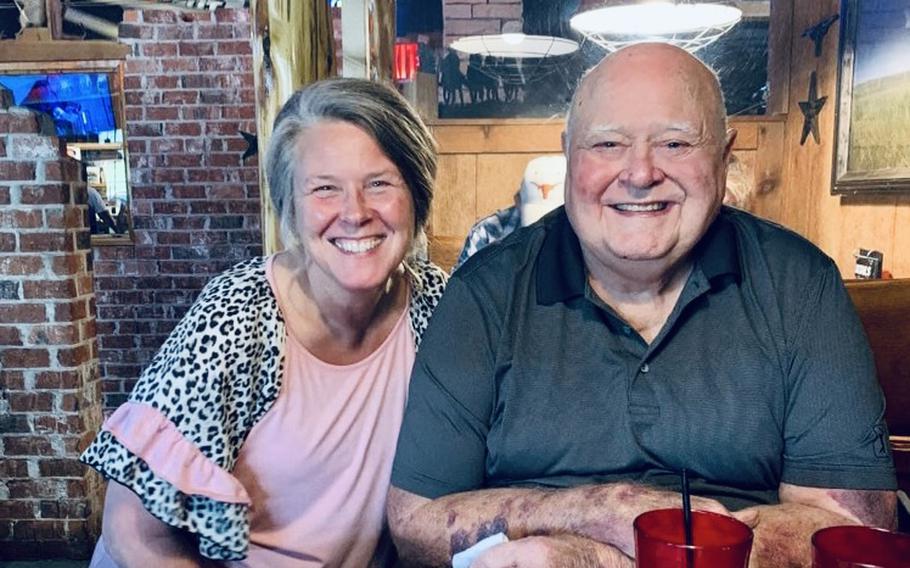 Tania Nix with her father, Hody Childress, at a restaurant in Geraldine, Ala., last year. (Courtesy of Tania Nix)

Air Force veteran Hody Childress was a farmer living off his meager retirement savings in the small town of Geraldine, Ala.

About 10 years ago, he walked into Geraldine Drugs and pulled aside owner Brooke Walker to ask if there were families in town who couldn’t afford to pay for their medications.

He told her to use it for anyone who couldn’t afford their prescriptions.

“He said, ‘Don’t tell a soul where the money came from — if they ask, just tell them it’s a blessing from the Lord,’” she said.

The following month, Childress returned to hand Walker another folded-up $100 bill. And he repeated this every month for years, until he became too weak late last year from the effects of chronic obstructive pulmonary disease to make the trip.

When Childress died on New Year’s Day at age 80, Walker said she decided to let his family know about the donations that had helped several hundred people in the farming community, located about 60 miles from Huntsville.

As the years went on, Childress’s $100 bills added up to thousands of dollars, she said, noting that she was usually able to help two people a month who didn’t have insurance or whose benefits wouldn’t cover their medications.

At the same time that Walker was thinking of calling Hody Childress’ family, his daughter, Tania Nix, was preparing to let people know about her father’s generosity at his Jan. 5 funeral.

He had confided in her about his pharmacy donations before his death, she said.

“He told me he’d been carrying a $100 bill to the pharmacist in Geraldine on the first of each month, and he didn’t want to know who she’d helped with it — he just wanted to bless people with it,” said Nix, 58.

Her father was a humble man who lived off a small retirement account and Social Security, but he never hesitated to help those in need, she added.

“It was just who he was — it was in his heart,” said Nix, who works as a hairstylist in Ider, Ala., about 30 miles from Geraldine.

“He didn’t spend a lot of money in life, but he always gave what he could,” she said. “If he took you out to eat, you had to be quick to grab the ticket, or he was paying for it.” 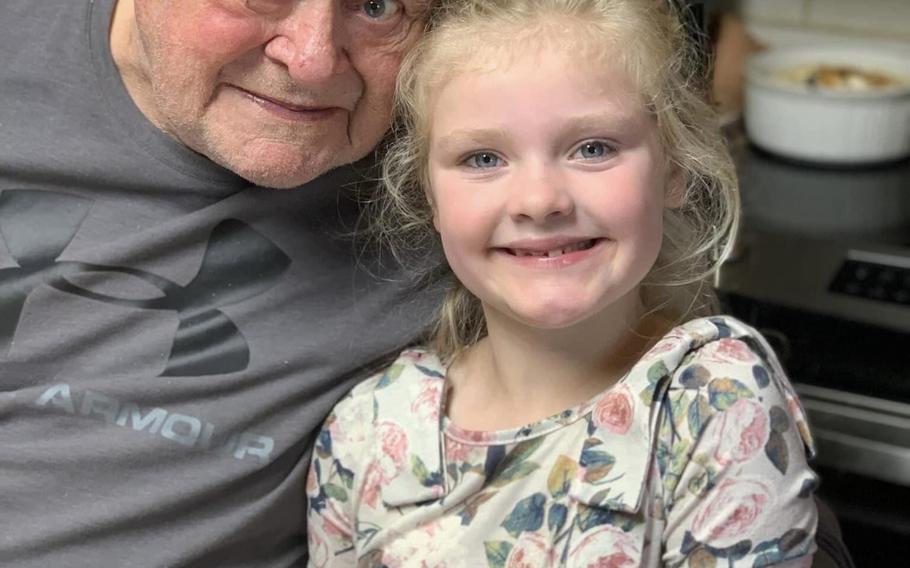 Nobody in the family, including Nix’s stepmother, Martha Jo Childress, knew about his monthly trips to the Geraldine drugstore, she said.

“We were all amazed, but we knew he was full of goodness,” Nix said.

Her father was an Air Force veteran who had his share of hardship, she said, noting that her brother and grandfather were killed during a tornado in 1973.

“That was really hard on him, but he never complained,” Nix said. “He never lost his optimism.”

Childress worked for Lockheed Martin in Huntsville as a product manager until his retirement, she said, but even when he was working, he always found time for farming.

“Being on his tractor was his therapy, and he spent a lot of time helping neighbors get their gardens planted,” Nix recalled. “Every time he went to the post office, he’d take the postmaster an apple, or some sweet potatoes, squash or okra he’d grown on his farm.”

After Nix’s mother, Peggy Childress, was diagnosed with multiple sclerosis and eventually couldn’t walk, Nix said, her father spent years caring for her and carrying her in and out of the places she wanted to go.

“Everyone in town remembers my dad carrying her up to the top row of the bleachers to watch the Friday night ballgames at the high school,” she said. “He continued to do that until he had heart surgery in 1998 and could no longer lift her.”

After Peggy Childress died in 1999, her father found solace on his farm, Nix said, adding that he found love again and remarried about a year later.

“I’m not sure exactly what inspired him to start taking $100 bills to the drugstore, but I do know that when my mom was sick, her medications were expensive,” she said. “So maybe that had something to do with it.”

At Hody Childress’s funeral, when people in town learned what he’d done for them, they were stunned, Nix said.

“I heard from people who said they’d been going through a rough time and their prescriptions were paid for when they went to pick them up,” she said, recalling one woman who didn’t have $600 for an EpiPen for her son.

“She wrote to me, saying she never knew who had helped her until my dad died,” Nix said. “She said it brought her tremendous relief as a mother, and she couldn’t thank my dad enough.”

From behind the counter at Geraldine Drugs, Walker heard similar stories.

She recalled when a single mom and her daughter both needed a medication that their insurance didn’t cover. When Walker paid for the medicine out of Childress’ fund and handed the woman the prescription with the receipt attached, she said, the woman burst into tears.

“She came back several months later and asked to pay it forward,” Walker said. “I believe that Hody sparked that in her heart.”

Walker said she feels honored that Childress trusted her to do the right thing with his $100 bills, month after month.

“His kindness motivated me to be more of a compassionate person,” she said. “He was just a good old guy who wanted to bless his community, and he certainly did. He established a legacy of kindness.”

People in Geraldine who hope to keep that legacy going are now dropping by the drugstore with donations of their own, Walker said.

“We’re calling it the Hody Childress Fund, and we’re going to keep it going as long as the community and Hody’s family wants to keep it alive,” she said.

That would be fine with Nix.

“If what he did could touch one person and let them know there’s still goodness in the world, it’s worth it,” she said. “It’s what my dad would have wanted.”