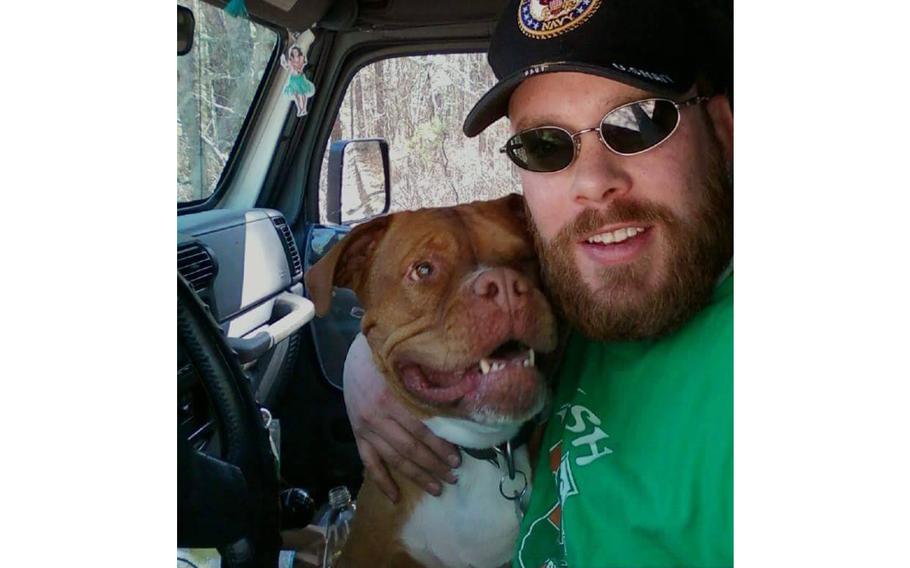 Marine Corps veteran Michael Boll said he had followed the unraveling of Rep. George Santos’ lies with amusement as the freshman Republican from New York took his seat in Congress this month.

Santos’ list of fabrications is long: a faked Jewish heritage, a resume full of jobs that he didn’t work and colleges that he didn’t attend. The Long Island congressman’s false claims first came to national attention in December, sparking ridicule, calls for his resignation and investigations as more untruths were uncovered.

But Boll said he stopped laughing when his friend and mentee, disabled Navy veteran Richard Osthoff, told him two weeks ago that Santos — under the alias Anthony Devolder — had stolen $3,000 in donations for Osthoff’s dying service dog in 2016.

“We’re talking about two of the worst possible things that a man or any woman could do — go after a veteran and a dog,” Boll said. “I was just disgusted and really angry that this person basically benefitted throughout all his bad behaviors and became a congressman.”

Boll, the founder and president of the New Jersey Veterans Network support group for veterans in need, connected with Osthoff at a low point in Osthoff’s life. Osthoff was living in a tent in Howell, N.J., just so he could be close to his dog Sapphire’s veterinarian.

The pit bull mix had developed an 8-inch tumor on her stomach and urgently needed surgery.

“This dog was not just an ordinary dog, she was his lifeline,” Boll said. “He loved this dog.”

Through a veterinary technician, Osthoff connected with Santos and the Friends of Pets United animal charity that he claimed to run. Santos, under the Devolder alias, set up a GoFundMe to raise funds for Sapphire’s surgery and successfully collected $3,000, Osthoff said. 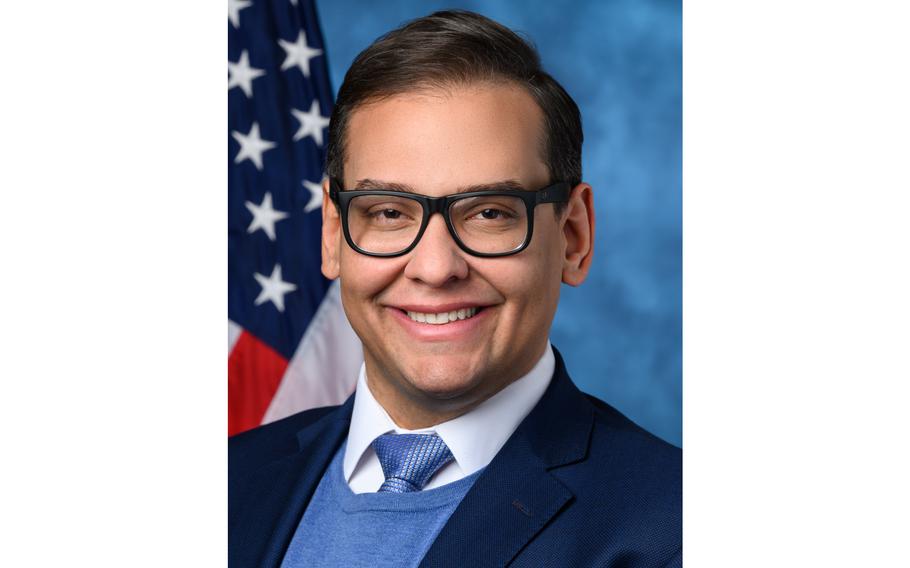 Rep. George Santos, R-N.Y., has been accused by two veterans of using the alias Anthony Devolder to pocket $3,000 in donations raised for a dying service dog to have surgery in 2016. (Ike Hayman)

The planned operation never took place, however. Osthoff said Santos became cagey about the money, forcing him to drive to a specific veterinarian on Long Island. The veterinarian deemed Sapphire too sick for the surgery.

“He was making me jump through hoops, making me do things that I knew right then and there that something was going on here,” Osthoff said. “I told him he was mining my dog and my family’s and friend’s hearts for money and he said, ‘That is the most offensive thing anybody’s ever said to me.’ He just became belligerent after that and nasty.”

Boll then stepped in as a mediator. He told Santos to either provide refunds to donors or give the money to Osthoff’s veterinarian to cover future medical bills for a new service dog.

“Anthony did not agree [with] that, he didn’t like those ideas at all,” Boll said. “Anthony said he wasn’t going to give the money at all to Rich and that he was going to give it to another veterinarian or another place.”

Boll, a retired police sergeant, advised Osthoff to file a fraud complaint with law enforcement but Santos’ fake identity made that impossible.

Sapphire died Jan. 15, 2017. Osthoff said Santos did not help pay for the dog’s euthanasia or cremation and never reimbursed Osthoff for his travel to Long Island, as Santos had promised.

“I never got any money from him,” Osthoff said. “He refused.”

No official registration records of Friends of Pets United have been found.

Santos on Tuesday was assigned to two House committees despite growing calls by Democrats and some Republicans for his resignation. The House Ethics Committee has been formally asked to investigate Santos and the congressman also faces multiple federal and local investigations.

Boll said Wednesday that he wanted to see Santos “just go away.”

“When you mess with veterans, the consequences should be a lot worse but I would be happy with him just disappearing and moving on with his life,” Boll said. “Just go away, you’re not bringing anything good to this country.”

Osthoff is now happily living with a new service dog. Santos did not respond Wednesday to a request for comment but has denied even knowing Osthoff, telling the news website Semafor that the veteran’s claims were fake.

“No clue who this is,” Santos said.