A U.S. citizen who had been detained in Russia for nine months was released on Thursday, according to U.S. officials and others familiar with the matter.

Taylor Dudley, 35, of Michigan had been held since April in the Russian province of Kaliningrad, located between Poland and Lithuania. He was released at a border crossing with Poland and was traveling to the United States with a team working for former New Mexico governor Bill Richardson, according to a statement from his center, which negotiates for the release of hostages and prisoners abroad.

U.S. officials confirmed the release. It appeared that the U.S. government did not reciprocate with the release of any Russian prisoners, as it has in the past, including with professional basketball player Brittney Griner, who was exchanged for convicted arms trafficker Viktor Bout.

A State Department spokesman indicated that Dudley had been deported from Russia, another signal that his release was not equivalent to earlier swaps and may have little bearing on the case of another U.S. citizen in Russia, Paul Whelan, whom the Biden administration has been trying to free through a prisoner exchange.

“Generally, when a U.S. citizen is deported, the State Department may provide assistance to help facilitate the return of the U.S. citizen to the United States,” the spokesman said. Like others, this person spoke on the condition of anonymity to describe internal procedures.

Another U.S. official described the release as the result of consular negotiations and was unaware of any assistance from other parties.

“The U.S. Government has no information about a role played by any outside actor in this case. The U.S. Government is focused on providing consular services to Americans. We are all grateful to our embassies in Moscow and Warsaw for their long-standing work on this case,” this official said.

Dudley reportedly had been attending a music festival in Poland when he was detained. It was not clear why he crossed the border into the Russian province.

Dudley enlisted in the U.S. Navy in 2007 but his military career ended abruptly six months later, according to his record provided by the Navy. He finished recruit training but left before completing additional schooling as a nuclear field electronics technician, according to a Navy official, who spoke on the condition of anonymity to discuss personnel details.

It is unclear why he received an entry-level separation, which is a discharge that occurs before a service member moves onto their enlisted specialty.

It is also unclear if Russian officials believed if he possessed any valuable information from his truncated military training. His field focuses on electronic systems that help run nuclear reactors on Navy ships, an inherently sensitive military operation. Dudley left after about four months electronic training, according to his service record, before he was able to begin specialized nuclear power curriculum. 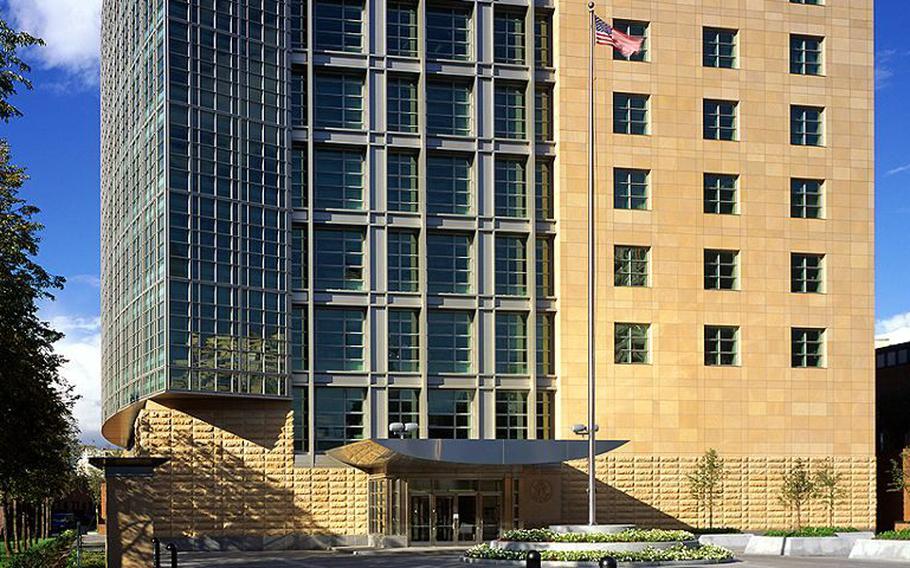 The U.S. Embassy in Moscow. (diplomacy.state.gov)