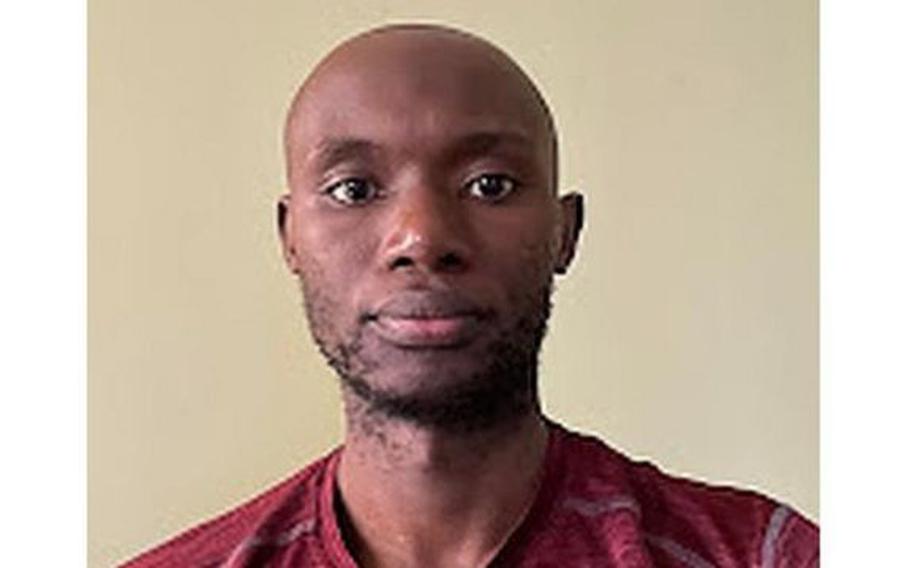 A U.S. Air Force veteran captured by Russian forces in Ukraine this year has been released from occupied territory as part of a prisoner swap between Moscow and Kyiv, a senior Ukrainian official and the detainee's family said Wednesday.

Suedi Murekezi, a native of Rwanda who has lived in Ukraine since 2018, was detained in June. He had been working in the technology industry and decided not to leave after Russia invaded, his family said. His captors accused him of taking part in pro-Ukrainian protests, and he is not believed to have been involved in the fighting, they said.

Andriy Yermak, the head of Ukraine's presidential office, wrote on Twitter that Murekezi was released alongside 64 Ukrainian prisoners of war who had been fighting in the Donetsk and Luhansk regions. He described Murekezi as "a U.S. citizen who helped our people." The bodies of four other Ukrainians were also repatriated, Yermak added.

The State Department did not immediately respond to a request for comment.

Murekezi's brother, Sele Murekezi, told The Washington Post on Wednesday that his sibling was released from imprisonment in October but was not allowed to leave the separatist areas.

"He's relieved," Sele Murekezi said by phone. "Basically, he was stuck where he was."

Murekezi said he had talked to his brother Wednesday morning, and that he sounded good. It's likely Suedi Murekezi, who lived in Minnesota when not abroad, will come back to the United States, his brother said.

After his detention in the southern Kherson region, Murekezi was moved to separatist-held territory closer to the Russian border, where others from the West, including those who volunteered to fight in the war on Ukraine's behalf, have been kept captive.

Murekezi was for a time held in the Donetsk People's Republic with two other U.S. military veterans, Alexander Drueke and Andy Tai Huynh, both of Alabama, who were freed in a prisoner exchange in September. In a lengthy interview with The Washington Post after they were freed, Drueke and Huynh described brutal conditions in which they were frequently beaten and ate little.

Speaking to ABC News in Ukraine on Wednesday, Murekezi described similar treatment while in captivity, saying he was held in a basement, shocked and struck. His captors, he told the network, accused him of working as an American intelligence operative.

Murekezi emigrated to the United States as a teenager and spent eight years in the Air Force, according to his brother. He later moved to Ukraine and was based in Kherson - the first major city to fall to Russian forces following the Feb. 24 invasion, and which was recently recaptured by Ukrainian forces.

A total of 1,456 prisoners have been released from Russian captivity or Russia-controlled territory since the conflict began, Andriy Yusov, a spokesman for Ukraine's coordination headquarters for the treatment of prisoners of war, told The Post on Wednesday.

As the pace of prisoner exchanges between Russia and Ukraine has accelerated in recent weeks, reports have emerged of the abuse detainees faced while in Russian captivity.

One prisoner of war told The Post he was beaten so badly that his ribs were broken and his kidneys were badly injured. Drueke and Huynh, who shared a cell with Murekezi for several weeks, detailed repeated interrogations, facing physical and psychological abuse, and having little access to clean water. After their release in September, they said they intended to raise broader awareness about his case.

Wednesday's prisoner swap comes days after WNBA star Brittney Griner was freed by Moscow in exchange for Russian arms dealer Viktor Bout. The United States also is trying to secure the release of another U.S. national, Paul Whelan, who has been held in Russia for four years and has been sentenced to 16 years in prison on espionage charges that Washington has denounced as bogus.

The Washington Post's Marisa Iati and Annabelle Timsit contributed to this report.