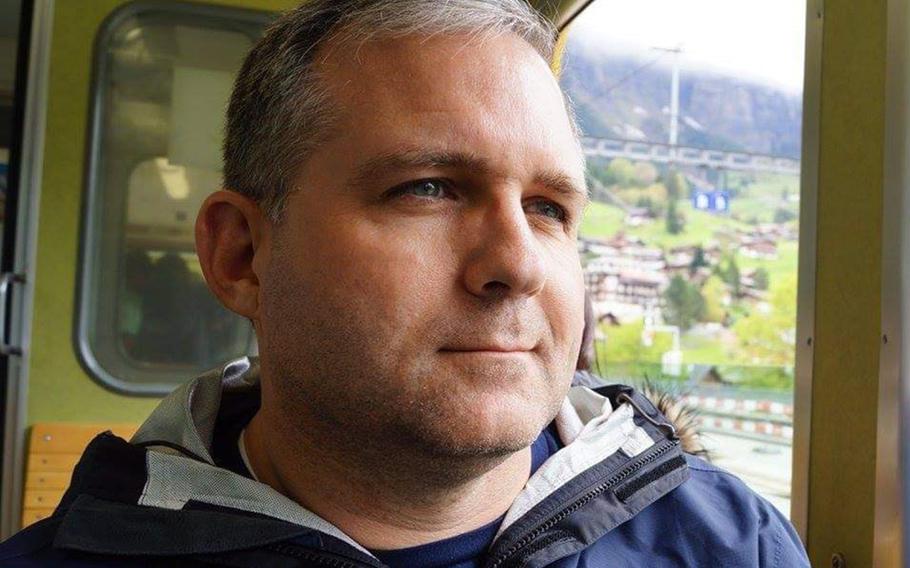 Paul Whelan, 52, is a Marine turned corporate security executive who was convicted of espionage and is serving a 16-year sentence in a Russian prison. (Facebook/Free Paul Whelan)

(Tribune News Service) — In the wake of WNBA star Brittney Griner’s release from a Russian prison as part of a prisoner exchange, the family of Paul Whelan has shifted some of their focus.

They’ve moved beyond disappointment that the Novi resident remains behind bars, to ways to support Whalen while he remains in a Russian prison. Whelan, a Marine veteran, was convicted in 2020 in a Russian court on espionage charges, which he refutes.

David Whelan, Paul’s twin brother and the family’s spokesperson, continues to praise the US State Department for the negotiation that led to Griner’s release.

He also clapped back at former President Donald Trump, who criticized the Biden administration’s inability to extract Paul Whelan from prison.

“I just wanted to call out the fact that during his presidency, Trump never, ever mentioned Paul’s name in public. Not once in his many, many tweets or any sort of public statement,” Whelan said. “In a sense, you could say they did nothing.”

Trump used his social media platform to ask why Whelan wasn’t included in what he called a one-sided transaction that freed Griner.

“He would have been let out for the asking. What a “stupid” and unpatriotic embarrassment for the USA!!” Trump wrote.

“Former President Trump appears to have mentioned my brother #PaulWhelan’s wrongful detention more in the last 24 hours than he did in the 2 years of his presidency in which Paul was held hostage by #Russia (zero),” Whelan tweeted. “I don’t suggest he cares now any more than he did then (zero).”

On Saturday, Whelan followed up, noting that his brother begged then- President Trump to use Twitter to make a public statement.

“You judge a person by their actions or, in this case, inaction,” David Whelan tweeted.

“We didn’t get any traction with the Trump administration for years. Some of that may have been the personalities in the administration. We couldn’t even get to (then-Secretary of State) Mike Pompeo,” Whelan said.

The Whelans are promoting two other efforts related to Paul. One is a GoFundMe account, aimed at paying for such things as medicine, fruits and vegetables and other essentials as well as paper, envelopes and stamps. The GoFundMe’s goal is $100,000; so far more than 700 donations have raised nearly $55,000.

David Whelan is also appealing to people to send his brother cards and letters.

“No packages,” he said, explaining that, while mail service to and from the US has been suspended because of Russia’s war with Ukraine, mail to Paul Whelan is being delivered via US diplomatic channels.