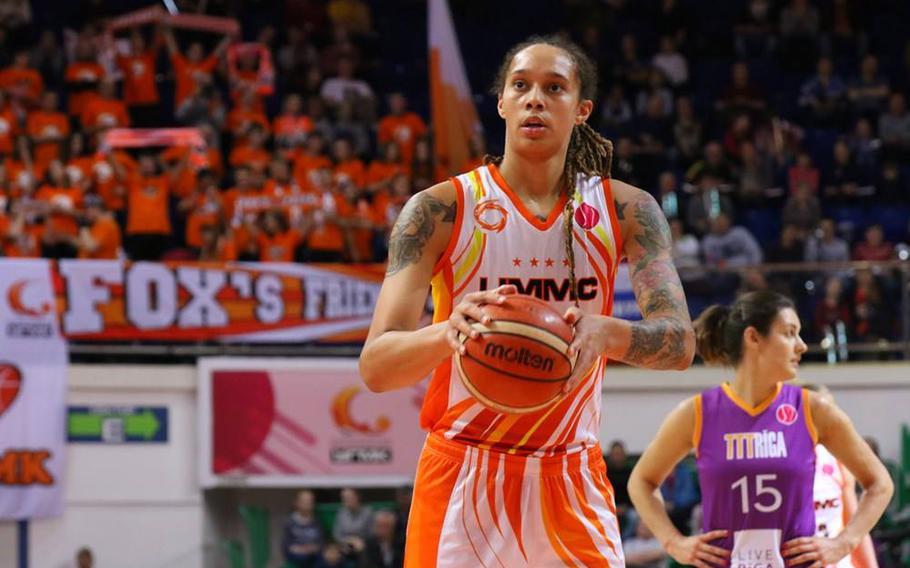 Given the intense public interest in Brittney Griner’s case, President Joe Biden had considerable motivation to make a deal. Yet on balance the U.S. got the worst of it. (Facebook)

The release of WNBA star Brittney Griner after 10 months of Russian detention is cause for justifiable celebration. It has spared Griner from the possibility of years in a Russian penal colony, a punishment that far exceeded her alleged offense, and reunited her with friends and family. President Joe Biden deserves credit for his commitment to bringing her home. That doesn't mean the deal to secure her freedom was a good one.

Griner's release came after months of negotiations, held amid escalating tensions caused by Russia's invasion of Ukraine. She had been arrested in February at a Moscow airport on charges of possessing small amounts of cannabis oil. Despite admitting guilt and issuing a public apology, she was sentenced to nine years and transferred to one of Russia's notorious prison camps, where inmates are typically subjected to brutal living conditions and forced labor.

Welcome as Griner's release may be, though, much about this process gives cause for concern.

One worry is the deal itself. In exchange for Griner, the U.S. agreed to pardon Viktor Bout, a convicted arms dealer serving a 25-year sentence in Illinois. Bout was responsible for supplying weapons to rogues and terrorists around the world — many committed to killing Americans — from the Taliban to Colombia's leftist FARC rebels to former Libyan dictator Moammar Gadhafi. (His exploits earned him the nickname "Merchant of Death.") He's believed to have links to the Russian intelligence apparatus and to members of President Vladimir Putin's inner circle. A Kremlin spokesperson called Bout's release from U.S. custody " a true Christmas present."

Given the intense public interest in Griner's case, Biden had considerable motivation to make a deal. Yet on balance the U.S. got the worst of it. Bout's conviction in 2011 came after years of painstaking effort by U.S. intelligence, diplomatic and law-enforcement agencies; exchanging such a dangerous criminal for an athlete with no discernible intelligence value to Russia is, unavoidably, an affront to the U.S. justice system. The Biden administration also dropped its insistence that the Kremlin include Paul Whelan, the former U.S. Marine serving a 16-year sentence for alleged espionage — a concession that Putin will undoubtedly use as a propaganda tool to bolster his flagging image at home.

It's also fair to question the administration's priorities. By one estimate, 60 U.S. citizens are currently held as hostages or otherwise wrongfully detained overseas. (The government does not publish an official number.) Given the administration's self-congratulatory social-media barrage following the release, it's hard to escape the conclusion that Griner's celebrity was a major reason her cause was treated with outsized urgency. Whelan's family gave a very generous statement celebrating Griner's release — while also noting that it was "a catastrophe for Paul." Other families may feel the same way.

A final concern is about the precedent this case sets. In its almost desperate willingness to do a deal, the Biden administration has risked emboldening other regimes to detain prominent Western citizens and use them as leverage. Going forward, Biden needs to make clear to America's adversaries — and to the public — that while the U.S. remains committed to seeking the release of all citizens held unjustly abroad, it will not come at the expense of the country's national security.

As democracies around the world have learned, negotiating prisoner swaps is a dirty business. America should welcome Brittney Griner's return unreservedly. But it needs to take a hard look at the process that brought her home.