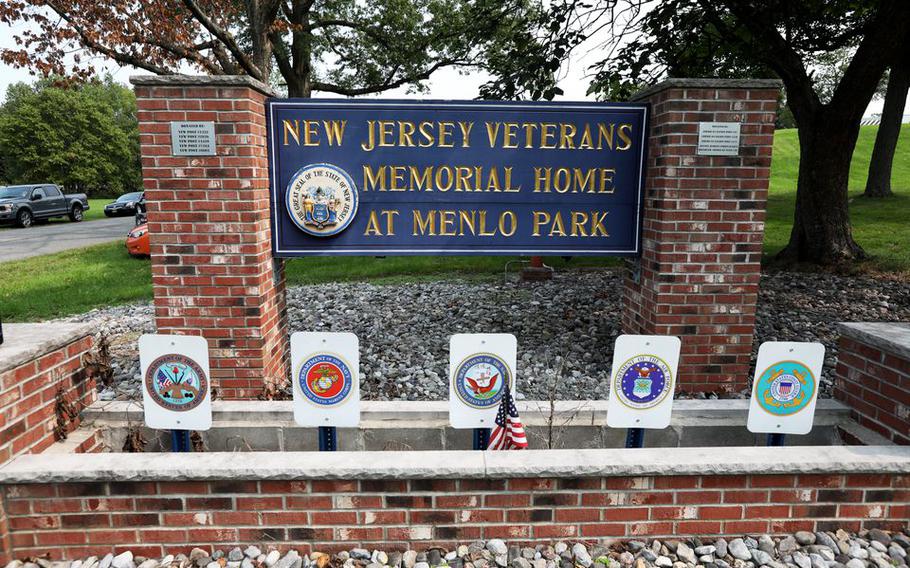 Gov. Phil Murphy’s administration has hired a temporary CEO and a new nursing director for the New Jersey Veterans Memorial Home at Menlo Park, as part of the ongoing efforts to rehabilitate the state-run facility after an inspection revealed serious health and safety violations. (Ed Murray)

(Tribune News Service) — Gov. Phil Murphy’s administration has hired a temporary CEO and a new nursing director for the New Jersey Veterans Memorial Home at Menlo Park, as part of the ongoing efforts to rehabilitate the state-run facility after an inspection revealed serious health and safety violations.

Kranis replaces Jennifer Causer, whom the department confirmed on the same day “was no longer at Menlo Park.” Causer could not be reached for comment.

Kranis has held senior management roles in long-term care facilities since 2010, most recently as administrator for the Spring Hills Post Acute Livingston, according to her LinkedIn page.

In November, The state Health Department suspended admissions, and federal regulators suspended funding for new admissions after state inspections revealed conditions that put residents in “immediate jeopardy.” The U.S. Centers for Medicare and Medicaid Services also has threatened to withhold future money — a move that would force the veteran home’s closure.

The halt on admissions remains, Health Department spokeswoman Nancy Kearney said. But the veteran’s home has improved conditions enough for the health department to remove the “immediate jeopardy” designation.

At Murphy’s request, the state Department of Military and Veterans Affairs last month issued a “request for proposal” to recruit a private-sector company to manage the Menlo Park home, as well consulting services at the Paramus and Vineland Memorial Veterans Homes.

“NJ DMAVA is welcoming third-party expertise and fresh eyes to help implement critical changes during a crucial time in our operations,” Murnan said. “We continue to focus on sustaining and improving the quality of care that we provide residents of the Menlo Park facility. The request for proposals notably includes a contracted CEO at Menlo Park to help lead these critical initiatives.

The state veteran’s homes had among the highest death rates in the country from the pandemic, claiming the lives of more than 200 residents and staff, according to the state, although one attorney who represents dozens of families who sued the state suggests the number of fatalities may actually be more than 240.

Menlo Park came under scrutiny again after inspections in August and September found a COVID-19 outbreak, beginning in November 2021, has infected one-third of the residents and 45% of the workforce.

The outbreak continues, with 121 residents and 279 employees having been infected, according to the state Health Department COVID website on Jan. 4. (The health department deems an outbreak complete when no one living or working at a facility has contracted COVID-19 for four weeks.) The health department attributed 15 deaths at Menlo Park to the coronavirus during this period, four fewer than it recorded in August.

Inspectors also uncovered subpar care. A registered nurse who apparently did not know how to remove a Foley catheter — a skill taught in nursing school — simply cut it with a scissor, according to the inspection report. The resident had to be taken to the emergency room to remove the rest of tube, and then was admitted to a hospital to be treated for a urinary tract infection.