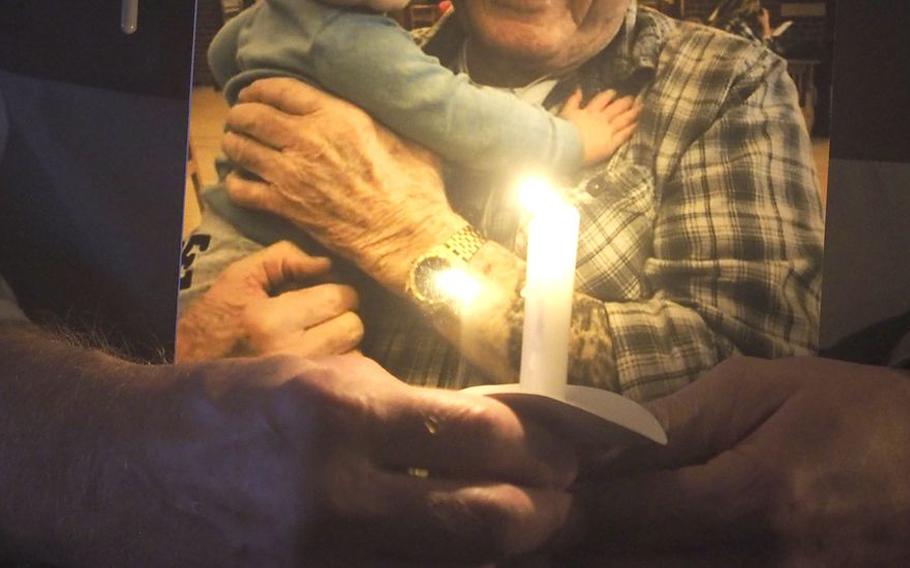 (Tribune News Service) — Federal authorities are threatening to cut off payment for all new admissions to New Jersey’s Veterans Memorial Home at Menlo Park as soon as next week, in the wake of a new report that graphically detailed medical errors and improper infection controls at a facility that reported some of the highest COVID-related death tolls in the nation.

U.S. Centers for Medicare & Medicaid Services said the state-run nursing home could also be terminated from all Medicare and Medicaid programs, absent major changes there within the next six months.

The drastic sanctions — coming after inspectors cited Menlo Park in Edison earlier this month for putting some of its residents in “immediate jeopardy” following charges of improper care and abuse — could force a shutdown of a 312-bed nursing home that cares for military veterans and their spouses. A finding of immediate jeopardy signifies a threat to the health, safety and lives of residents.

“The facility has been notified that, unless substantial compliance is achieved prior to Nov. 22, 2022, a discretionary denial of payment for all new admissions may become effective,” a CMS spokesman told NJ Advance Media. “Additionally, unless substantial compliance is achieved by March 8, 2023, the provider may be terminated from the Medicare and Medicaid programs.”

Fines and other penalties are pending as well, warned the federal regulators.

The New Jersey Department of Military and Veterans Affairs, which operates Menlo Park and the state’s two other veterans homes, declined comment. A spokeswoman for the state Department of Health had no immediate response.

The proposed enforcement actions come months after another nursing home in New Jersey, the Woodland Behavioral and Nursing Center in Andover, was forced to close following a drumbeat of revelations alleging neglectful or abusive care over the past year that ultimately led to a cutoff of all federal funding.

Sen. Joseph Vitale, D-Middlesex, chairman of the Senate Health, Human Services and Senior Citizens Committee, said Tuesday he had hoped that “after the incompetent leadership was replaced during the worst of times at Menlo Park,” and that after the legislature enacted new policies that required the highest level of care, the state’s veterans “would be able to thrive and be protected.”

Vitale has been a sharp critic of the management of the veterans homes, which went through major internal changes following their well-publicized failures during the pandemic — and the extent of the death toll. Elizabeth Schiff-Heedles, the former CEO of Menlo Park, was fired in October 2020 as part of a wide-ranging shakeup of the veterans homes by Gov. Phil Murphy in response to those deaths.

“Clearly, they have been failed yet again,” Vitale said of the facility. “It is disgraceful. No more excuses. No more appeals.”

The latest problems at Menlo Park came to light just weeks ago after a team of inspectors from the state issued a highly critical, nearly 300-page report documenting significant lapses in care.

In one incident, a registered nurse who apparently did not know how to remove a Foley catheter — a skill taught in nursing school — simply cut it with a scissor.

The resident had to be taken to the emergency room to remove the rest of a tube that had been placed in the bladder to drain urine, and then transported to a hospital to be treated for a urinary tract infection. When a certified nursing aide with experience in the procedure was asked why she had not spoken up while watching the nurse cut the catheter, she replied: “She is an RN. She is supposed to know,” the inspectors said.

The RN was subsequently suspended and then terminated.

And the facility reportedly failed to conduct contact tracing to contain what became a massive COVID-19 outbreak that began last Thanksgiving, inspectors charged. Menlo Park was cited for failing to “ensure that staff who were exposed were tested prior to working at the facility,” and failing to ensure that federal, state and infection control guidelines were followed.

According to the report, the nursing home was accused of not taking immediate action to prevent the spread of COVID during that outbreak by failing to conduct adequate contact tracing of residents and staff.

“This posed a serious and immediate threat to the safety and well-being to all residents who resided at the facility who were placed at risk for contracting COVID-19,” inspectors said.

The outbreak from Nov. 23, 2021, through Aug. 10 infected 45% of the workforce and one-third of the residents — including 19 veterans who died. According to the New Jersey Department of Health’s COVID data page, 69 residents and 195 employees tested positive at the Menlo Park home during the outbreak.

The survey was conducted over 17 days.

State veterans affairs officials have said the results of the state survey are being appealed.

Separately, employees at Menlo Park have filed a lawsuit alleging the state, Veterans Affairs, the Governor’s Office, and administrators of the nursing home needlessly put them in harm’s way as COVID struck. They accused the state of being “grossly negligent, knowingly careless, and reckless,” while deviating from accepted standards of long-term care when the first threats of pandemic began to appear.

In their complaint, filed in August in Superior Court in Middlesex County, they cited disciplinary threats and possible termination for wearing masks, while alleging that state and nursing home administrators deliberately released misinformation on the number of cases as residents kept getting sick and dying.

Menlo Park and a second veterans home in Paramus reported some of the highest COVID-related death tolls in the nation when the pandemic swept through the facilities. The third state-operated facility is in Vineland.

Overall, COVID claimed the lives of more than 200 residents and staff in all three facilities, according to the state, although one attorney who represents dozens of families who sued the state suggests the number of fatalities may actually be more than 240.

Since December, New Jersey has agreed to two out-of-court settlements to pay out $68.8 million to those who lost loved ones in the veteran’s homes in the early days of the coronavirus pandemic, resolving claims without admitting fault that the state’s negligence and incompetence were largely to blame for the deadly outbreak.

Vitale meanwhile said that with the events of the past few weeks, and based on information from inside and outside the home, it may be time to create a new cabinet-level department whose sole function would focus on “the best evidence-based care” and living conditions possible.

“A Department of Veterans Services may be necessary so there is an entirely new focus and a department dedicated to them. It’s not working the way it is,” the senator said.

The Department of Military and Veterans Affairs is not only responsible for the veterans’ services, but also is in charge of the 8,400 members of Air and Army National Guard, as well as programs for military families and the Brigadier General William C. Doyle Veterans Memorial Cemetery.