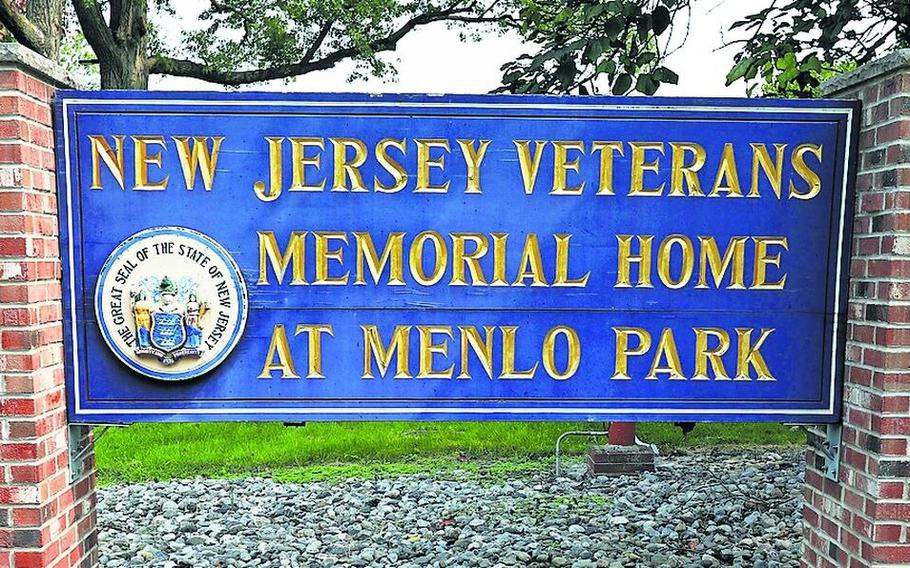 (Tribune News Service) — The chief executive officer of the troubled New Jersey Veterans Memorial Home at Menlo Park is out of her job, in the wake of findings of major health and safety violations that allegedly threatened the lives of residents, leading to a halt last month of all new admissions.

“Jennifer Causer is no longer at Menlo Park,” Maj. Agneta Murnan, spokeswoman for the Department of Military and Veterans Affairs, wrote in an email to NJ Advance Media late Tuesday night. She declined to elaborate or discuss the circumstances of Causer’s departure, and the governor’s office did not immediately respond to requests seeking more information.

Causer was appointed as CEO in March 2021 to help solve the crisis of confidence many veterans felt after more than 100 residents died during the first wave of the pandemic. She replaced Elizabeth Schiff-Heedles, whom residents and employees say discouraged mask-wearing in the first four to six weeks of the pandemic so not to cause a panic.

Her departure was first reported by News12.

Last month, federal regulators suspended funding for new admissions and threatened to withhold future money — a move that would force the nursing home’s closure — after prior inspections revealed conditions that put residents in “immediate jeopardy.”

That prompted the state Health Department to take the unprecedented step of deploying a so-called “Mission Critical Team” to Menlo Park, which included a nurse consultant, an administrator with expertise in running long-term care facilities and an infection control preventionist.

A follow-up inspection Nov. 29 revealed the facility had corrected the most serious deficiencies, the state Department of Health, which inspects nursing homes and the U.S. Centers for Medicare and Medicaid Services, which funds them, confirmed to NJ Advance Media.

The facility is no longer in immediate jeopardy, state and federal officials said.

However, as of Wednesday, the facility was still not permitted to admit new residents. Based on the Nov. 29 inspection, “the facility remains out of compliance with lower-level, less serious deficiencies,” according to a CMS spokeswoman. “As a result, CMS has not resumed payments for new admissions.”

“At this time, the veterans home has engaged both required consultants and has been sending in weekly reports,” she said.

The administration did not immediately identify Causer’s replacement. But in keeping with a law Murphy signed last year, the next CEO must hold clinical experience, defined as “directly pertaining to the observation, diagnosis, treatment, or rehabilitation of an individual in a hospital, long-term care facility, rehabilitation center, or other similar facility.” Causer, the executive director at two private nursing homes prior to her employment with the state, held a degree in recreational therapy — a credential that rankled some residents and lawmakers.

“The VFW is embracing the change in leadership as there needs to be a strong leader with not only a business mindset but more importantly a patient, family centric approach to managing the facility,” he said.

In a statement, he said the residents, their families and the Veterans of Foreign Wars “were lied to” when they were told the issues found in the latest report were “minor” in nature.

“The lack of transparency is unacceptable. The state and its lawyers are more determined to hide dangerous conditions than correct the issues which endanger the lives of our veterans,” he said.

Menlo Park has been under intense scrutiny since inspections in August and September found a COVID-19 outbreak, beginning in November 2021, infected one-third of the residents and 45% of the workforce. NIneteen residents died.

Inspectors also found evidence of shoddy care. In one incident, a registered nurse who apparently did not know how to remove a Foley catheter — a skill taught in nursing school — simply cut it with a scissor. The resident had to be taken to the emergency room to remove the rest of the tube, and then was admitted to a hospital to be treated for a urinary tract infection.

Encouraged by state lawmakers, Murphy has directed DMAVA to seek an outside vendor who would be responsible for improving operations at all three of the state’s veteran’s home homes, including initiatives to train leadership, and to review current job descriptions, policies and procedures to revise them as necessary.

There are 190 veterans and their spouses living at Menlo Park, which is licensed for 328 beds. Another 189 are cared for at the veteran’s home in Paramus and 210 in a similar facility in Vineland. All three are run by the state and operate largely with taxpayer dollars.

The state veteran’s homes had among the highest death rates in the country from the pandemic. COVID claimed the lives of more than 200 residents and staff in all three facilities, according to the state, although one attorney who represents dozens of families who sued the state suggests the number of fatalities may actually be more than 240.

Separately, employees at Menlo Park filed a lawsuit alleging the state, Veterans Affairs, the Governor’s Office, and administrators of the nursing home, needlessly put them in harm’s way as COVID struck. They accused the state of being “grossly negligent, knowingly careless, and reckless,” while deviating from accepted standards of long-term care when the first threats of pandemic began to appear.

In their complaint, filed in August in Superior Court in Middlesex County, they cited disciplinary threats and possible termination for wearing masks, while alleging that state and nursing home administrators deliberately released misinformation on the number of cases as residents kept getting sick and dying.

A recent report by the U.S. Government Accountability Office found veterans homes across the nation to be in a sorry state, with a spike in deficiencies attributed to poor care and problems containing and preventing infections.

The Veterans Administration responded by complaining that it lacked a range of enforcement actions to use to bring state veterans homes into compliance.

“Specifically, the VA’s only enforcement action is to withhold payment to compel homes to come into compliance,” the report noted, adding that the Veterans Administration considered such action “too severe for most situations.”

Earlier this year, Massachusetts agreed to pay $56 million to resolve claims that those in charge of its state-run nursing home for military veterans showed deliberate indifference during a coronavirus outbreak linked to the deaths of 84 residents and led to infections of dozens more early in the pandemic.