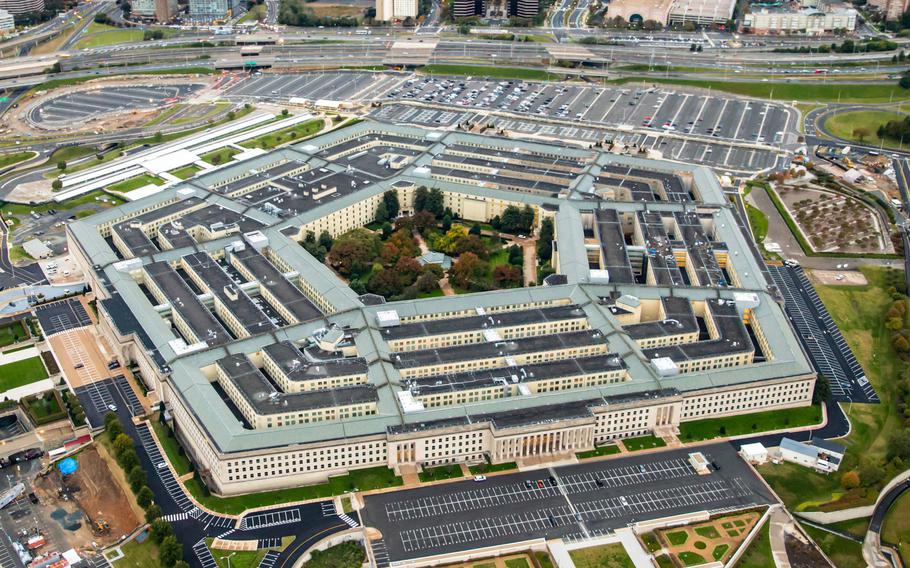 WASHINGTON — Two veterans advocacy groups have filed a lawsuit against the Defense Department to obtain records on criminal prosecutions that they say have been illegally withheld from the public and which they expect could show disparities in how some serious crimes, particularly sexual assault, are punished in the military.

“The withheld records are expected to confirm that the military justice system fails victims of service member crimes by under-prosecuting serious offenses,” the Veterans Legal Services Clinic at Yale Law School, which represents both groups, said in a statement.

The advocacy groups — Protect Our Defenders and the Connecticut Veterans Legal Center — filed the complaint Thursday in Connecticut’s U.S. district court. The suit claims that attempts by both groups to obtain these records and data from the Defense Department under the Freedom of Information Act have been unlawfully “ignored” for six months.

Specifically, the four main military branches were petitioned separately to produce the records. The suit says the Marine Corps “was the only entity to substantively respond” to the FOIA request. All the requests sought prosecution records going back 15 years at various military installations in California, Texas and New York, according to the court document.

The suit also names the Justice Department as a defendant and says it has similarly not responded appropriately to the FOIA request.

Both groups said they are seeking the records in the interest of transparency and the belief among the American public that continued reforms in the way the military delivers justice is essential and necessary for equality under the law.

Of particular interest to the advocacy groups are the differences in punishment for service members by military and civilian prosecutions given the different protocols that exist between the two. For decades, military commanders had almost absolute authority over prosecutions in dealing with major crimes. That was changed by the Uniform Code of Military Justice when it was passed by Congress and took effect in the 1950s. But while the UCMJ has brought some improvements, advocates say it was only a first step forward.

When Congress passed the National Defense Authorization Act for 2022, which sets policy and spending priorities for the Pentagon, it contained further reforms that removed military commanders from the decision-making process for certain crimes, including sexual assault and murder. Originally, the proposal sought to remove commanders from decisions involving all criminal prosecutions, but opposition from Republicans in Congress led to a compromise that applied to only certain crimes.

Under the change in the NDAA, decisions about whether to prosecute about a dozen specific crimes shifted from military commanders to independent special trial prosecutors.

“This concentration of power in commanders led to tremendous disparities in how justice was meted out, especially during wartime. During World War II, the United States conducted over 1 million courts-martial, impacting nearly a 10th of the force. Of those courts-martial, over 140 resulted in the death penalty, with Black soldiers disproportionately represented among those numbers,” the suit states.

Retired Col. Don Christensen, the president of Protect Our Defenders — a human rights group dedicated to ending sexual violence, victim retaliation, misogyny, sexual prejudice and racism in the military, said he expects the requested records would reveal how military prosecutions have — or have not — improved during the past several decades and whether more reforms are needed and how many.

Christensen said the reason, at least in part, why most of the military hasn’t yet complied with the FOIA request is likely because officials know that some of the records would not reflect positively on the Defense Department.

The FOIA requests for the records were made in May and the suit says neither the Defense Department nor Justice Department has complied. Christensen noted his group also has been working for years to keep track of civilian prosecutions of military members for major crimes — something of which the Pentagon has not kept track.

Retired for eight years, Christensen spent decades in the Air Force and was the service branch’s chief prosecutor between 2010 and 2014. In his career, he’s tried more than 150 courts-martial as a trial and defense counsel and has presided over 100 trials as a military judge.

“We asked the military if they tracked civilian prosecutions, and to give us how many military members were prosecuted by civilians by each service over a period of time. And they all came back and said they didn’t do it, which was quite shocking,” he said.

Christensen added in a statement that the Defense Department has “resisted” efforts to reform the military justice system for years, even after Congress passed the compromise reform last year in the NDAA.

“Congress, the public, victims of service member crimes, and service members themselves deserve to know if the military justice system is fulfilling its purpose, or if it’s falling short of its civilian counterparts,” Christensen said in the statement.

There are several reasons why the missing data from the Defense and Justice departments is important, the suit states. In particular, the records are expected to show troubling disparities in how military members are prosecuted by military and civilian authorities. The groups also expect the records to show that the disparities disproportionally affect people of color and women who are victims of sexual assault.

“The under-prosecution of sexual assault has discouraged service members from coming forward with reports of unwanted sexual contact,” the lawsuit states. “According to DOD’s 2021 Annual Report on Sexual Assault in the Military, an estimated 35,900 active-duty service members reported experiencing at least one unwanted sexual contact in the last year. Factoring in these unreported cases, the military’s trial rate drops to an abysmal 0.6%.”

Christensen said he’s hopeful the lawsuit will persuade the departments to be more forthcoming with data related to service members prosecuted by the military so that appropriate reforms can be made and there’s equal treatment under the law — particularly when it comes to major crimes such as sexual assault.

“I don’t know if it’s just that they don’t take [FOIA requests] seriously,” he said. “I also think that they are very reluctant to turn over information that they know will embarrass them.

“It’s disturbing to me because they have an obligation to be open to the American people. What you hope is they start cooperating and provide information. But if not, then we will go to a point where a judge orders them to do it.”

The Defense Department declined to comment on the lawsuit, citing the pending litigation.

Last month, the Air Force announced a change in the way that it processes reports of sexual harassment from service members — and gave military victims of harassment the same access to help available to those who have been sexually assaulted.

“For service members victimized by this harmful behavior, it can be crippling, preventing them from coming forward out of fear of further harassment or the perceived lack of support from their leaders or co-workers,” Brig. Gen. Debra Lovette, the service’s integrated resilience director, said at the time.

In September, the Pentagon said it would hire about 2,000 civilian specialists to help treat victims of sexual assault in the armed forces and train troops on prevention. The civilian specialists would be training experts and special-victim advocates. The new specialists are expected to be hired by the end of fiscal 2027, the department said.