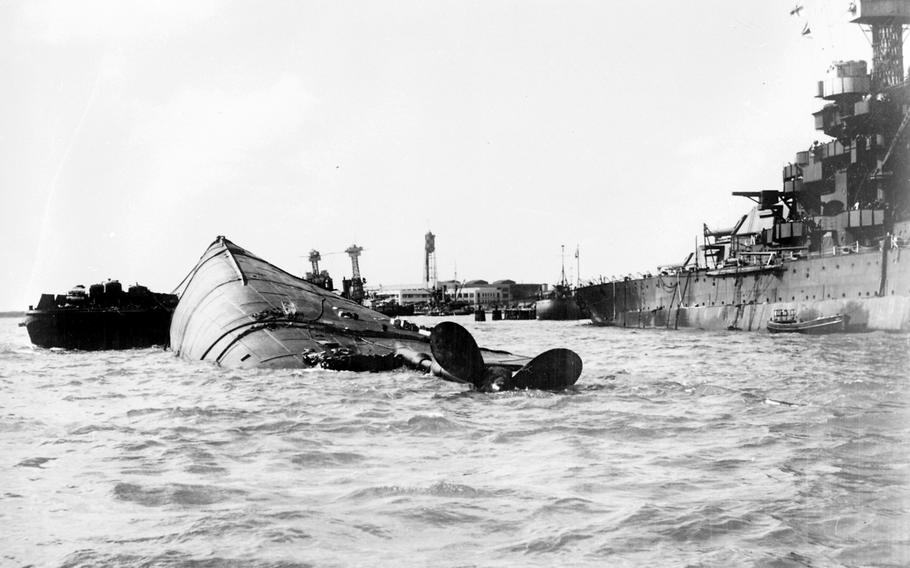 At least five service members were accounted for last month by the Defense Department agency tasked with recovering U.S. troops listed as missing in action or prisoners of war.

Three of the identifications made in October by the Hawaii-based Defense POW/MIA Accounting Agency were killed at Pearl Harbor and during World War II. The other two fought in Korea, according to DPAA news releases.

One died on Battleship Row during Japan’s surprise attack on Pearl Harbor, Hawaii, Dec. 7, 1941. Edward Conway, 29, an electrician’s mate from Auburn, Ill., was among 429 killed aboard the USS Oklahoma, which capsized following multiple torpedo hits. His remains were identified on Oct. 1, according to DPAA.

The agency also announced a number of identifications in October that had been made in prior months. Among these were two sailors who died during Japan’s surprise attack.

Keith Tipsword, 27, a machinist’s mate from Moccasin, Ill., was killed aboard the battleship USS West Virginia, the agency said. Floyd Clifford, 20, a seaman from Mulvane, Kansas, died nearby aboard the Oklahoma. Their remains were accounted for on July 12 and Sept. 27, respectively.