Funeral for Massachusetts Korean War POW to be held Saturday 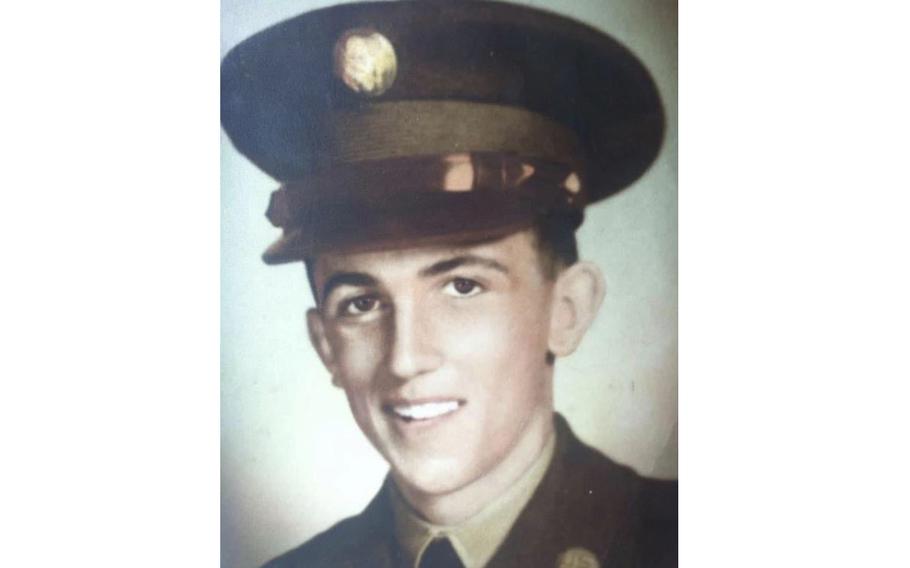 This undated photo provided by the U.S. Defense Department shows Cpl. Joseph J. Puopolo. The solider from Massachusetts who went missing during the Korean War and was later reported to have died in a prisoner of war camp was accounted for in August, according to a statement Sept. 23, 2022, from the Defense POW/MIA Accounting Agency. (U.S. Department of Defense)

(Tribune News Service) — Funeral services for Cpl. Joseph J. Puopolo will be held at Sacred Heart Church in East Boston before he is laid to rest on Saturday.

Friends and relatives are invited to attend the 10 a.m. funeral mass, according to Magrath Funeral Home obituary read. Puopolo will then be reinterred with full military honors at Holy Cross Cemetery in Malden that same day.

“He fought against North Korea and Chinese forces,” he said. “These guys fought until the last bullet. They didn’t just surrender. They ran out of ammo. They were cut off from the lines and they had no possible way of defending themselves once their guns were gone.”

The obituary noted that in place of flowers, the family requested that any donations in Puopolo’s memory be made to the Wounded Warrior Project. Anyone can offer condolences and share their memories of Puopolo by using Legacy.com’s guest book. One tree has so far been planted in Puopolo’s memory by Joe Spano and Lisa DeMauro, according to his tribute page on Magrath’s website.

Puopolo went missing in action fighting in the Korean War on Dec. 2, 1950. Three years later, four prisoners of war notified U.S. authorities that Puopolo died at Prisoner of War Camp No. 5 in February 1951 at age 19. Long after his unidentified remains returned to U.S. custody and were first interred at the National Memorial Cemetery of the Pacific in Honolulu, Puopolo was finally accounted for by the Defense POW/MIA Accounting Agency on Aug. 23.