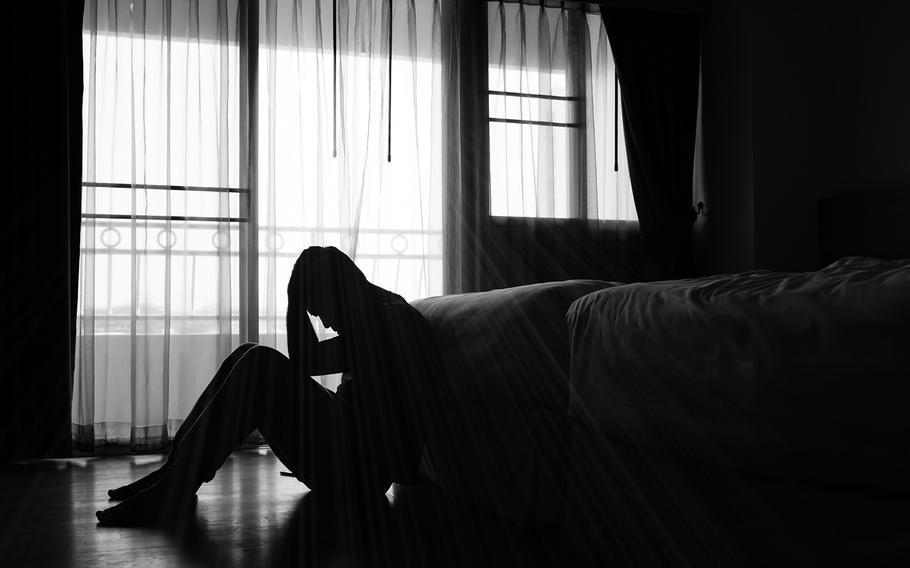 Seven former Department of Veterans Affairs secretaries sent a letter to the Senate on Thursday, Aug. 4, 2022, urging them to designate a day for people to contact a veteran or service member at risk of suicide. (Getty Images/iStockphoto)

WASHINGTON — Seven former Department of Veterans Affairs secretaries sent a letter to the Senate on Thursday urging them to designate a day for people to contact a veteran or service member at risk of suicide.

The day, dubbed National Warrior Call Day, is an initiative started by Feherty’s Troops First Foundation, a nonprofit organization founded by Golf Channel broadcaster David Feherty. The project aims to encourage service members to reach out to fellow troops who might be isolated in the hopes that they can become reconnected.

"As former secretaries of the Department of Veterans Affairs, we understand firsthand challenges active-duty service members and veterans face and the need for their peers, friends, and family to lift them up," the secretaries wrote. "With its simple mission imploring Americans — but especially active-duty service members and veterans — to connect with someone who has worn or is currently wearing the uniform and let them know they care — Warrior Call can foster greater connectivity, compassion and better outcomes.”

This isn’t the first time that the secretaries have written a letter regarding National Warrior Call Day.

The former VA secretaries offered their support for the resolution in October in a letter, asking lawmakers to pass it as part of the annual National Defense Authorization Act for fiscal 2022. With the frenzied U.S. withdrawal from Afghanistan last August, the project was even more urgent, they said. The resolution was included in the NDAA.

Now, the former VA secretaries are calling for the passage of the resolution in the Senate not to just designate a National Warrior Call Day this year, but permanently.

“Warrior Call can foster greater connectivity, compassion and better outcomes,” the secretaries wrote. “It can help arrest the tragic suicide trends that are befalling veterans and active-duty personnel at a rate far more deadly than among civilians.”

The VA's 2021 National Suicide Prevention Annual Report states 6,261 veterans died by suicide in 2019. Firearm deaths accounted for more than 70% of veteran suicides that year. A 2021 Brown University report estimated 30,177 active-duty personnel and veterans of the post 9/11 wars have died by suicide, compared to more than 7,057 service members killed in post-9/11 war operations.

Last month, the Veterans Crisis Line launched a new and simpler phone number — 988. The new number attempts to address the need for ease of access and clarity in times of crisis, Tamara Campbell, acting executive director for the VA’s Office of Mental Health and Suicide Prevention, said last month.

“There is no single solution to reducing isolation and suicide or helping heal invisible wounds, but greater connectivity will serve as a starting point for reaching vets and service members who don't raise their hands, who are suffering in silence and might be spiraling into an abyss,” Frank Larkin, Warrior Call chairman, said in a prepared statement.

Larkin is a former Navy SEAL and a former Senate sergeant at arms. Larkin’s son Ryan, a Navy SEAL, died by suicide in 2017.

“Support for our troops shouldn't end when they return home — but it doesn't always take a new federal program," Sen. Tom Cotton, R-Ark., said in a prepared statement. "Sometimes all you need is a call from a friend, family member, or battle buddy. Our resolution will remind Americans that they are the greatest support system for our vets, and that a simple call can make all the difference."