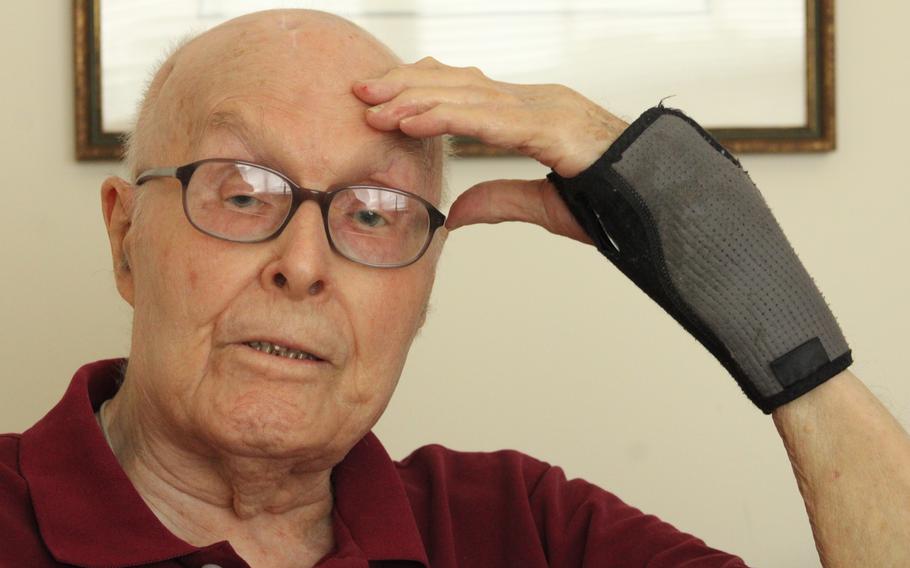 Kirby, a native of Osage, Texas, was a 23-year-old Army infantryman when he was injured in one of the fiercest battles between American and German forces in World War II.

"Jan. 21, 1944. I will never forget that," the 101-year-old Kirby said from his room at The Landing, an independent living facility in Wilson.

"It was the battle of Cassino. It was probably one of the biggest battles in Italy," added Kirby, who formerly lived in Zebulon. "There have been a lot of papers, a lot of books about it. They called it the Bloody River and so forth."

Kirby, a member of Company K, 143 Infantry Regiment, 36th Division, was a machine gun section leader in the rifle company.

"Our general didn't want to cross the river at the spot that (Lt. Gen.) Mark Clark picked. He said it would be totally impossible because it was so heavily defended," Kirby recalled. "Across the river was just as flat as could be over the fence. He wanted to cross further up river where the river was not as deep."

But the soldiers went across where they were ordered to cross.

"That's where we were slaughtered," Kirby said. "This was about the only battle in World War II that I know of where there was a truce. Germans requested for us to come over and pick up our dead. Our division was about destroyed. Out of our company of 200 men, 27 survived. Our National Guard from Texas was destroyed. My machine gun section, the last battle I went into, I didn't have a man who was there to start with. I had lost them all."

Some 1,330 Americans were killed or wounded and 770 were captured, while German casualties amount to 64 killed and 179 wounded.

It was one of the U.S. Army's largest defeats during the war, Kirby said.

Kirby was shot in the shoulder.

"It paralyzed my arm. It severed the nerve," he said, gesturing with his left arm because some 78 years after his injury, he still can barely raise his right arm.

"It was night when I was wounded, and I guess I was losing so much blood and sleepy," Kirby recalled. "I just wanted to lie down and go to sleep."

Two of Kirby's fellow surviving soldiers came to his aid.

"How we got back across that river, I don't know," he said.

"I was in a body cast for 18 months, my arms like this. It was the only kind of cast that would hold it," Kirby said. "I don't know how they saved my arm. I thought I would lose it. We had some pretty good doctors back then. They did a lot of experimenting. They tried things that they wouldn't try. That's where they learned a lot in World War II." 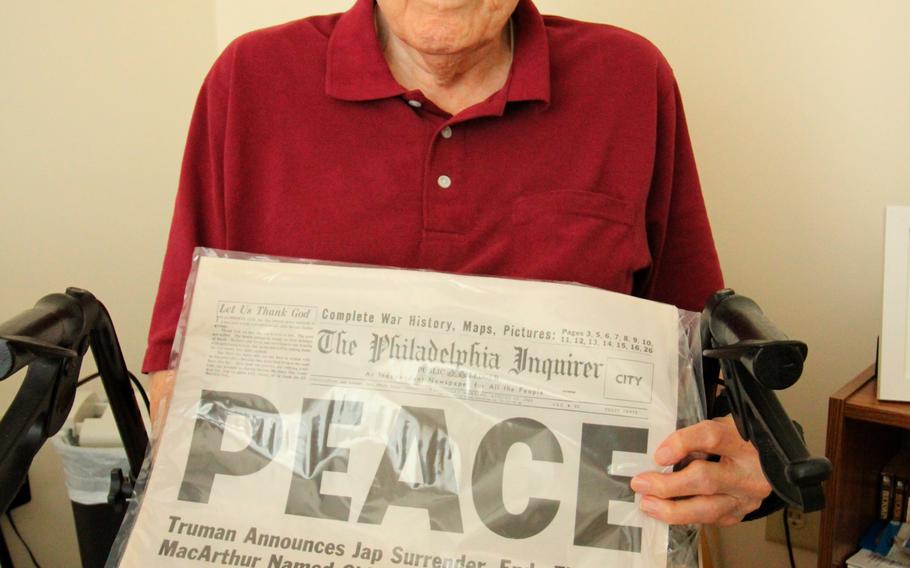 Kirby still doesn't have much use of his right arm.

"I can't raise it up. It shakes all the time," he said. "If I can touch something, I can stop it from shaking. I don't feel anything. The nerve is dead."

Somebody asked Kirby if he was scared during his time in the service.

"I only got scared in World War II one time. I got scared when I got on the boat and I stayed scared until I got off coming home," he said. "There were some times I was more scared than others. I wouldn't say we were scared as much in combat. You were careful. But the first time, I was."

Kirby said he and his fellow soldiers had great camaraderie and for many years, the survivors would gather for reunions at both the company and regiment level.

"We were extremely close," he said.

When they got together, they would never discuss the war.

After his discharge from the Army as a staff sergeant in January 1946, Kirby went on to work for the Veterans Administration for several years.

In 1960, the Bronze Star recipient went to work on veterans' issues for the U.S. House of Representatives. He remained in that role until he retired in 1977.

Kirby was elected national commander for the Disabled American Veterans in 1988.

"I can't understand why politicians want to start a war, why human beings want to start a war. It's their egos," he said. "People like dictators, they are the ones you have got to worry about. I don't think any democratic countries will ever want to go to war. You get more civilians killed than you get military people killed."

In 2014, a quote from Billy Kirby was unveiled on the walls of the new American Veterans Disabled for Life Memorial in Washington.