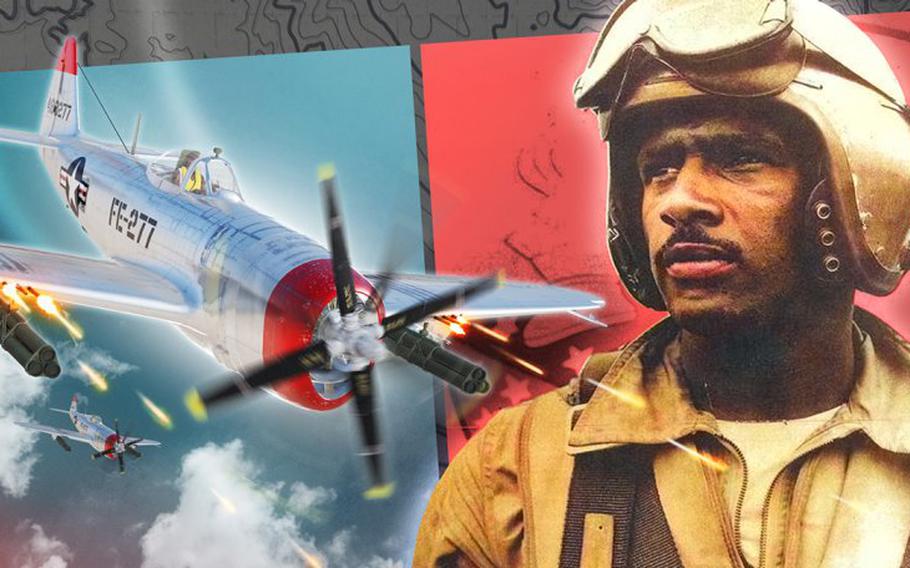 The Tuskegee Airmen were the first Black military aviators in the United States Army Air Corps. Upon completing his combat training in April 1945, an article from AARP reported that Harvey joined the 332nd fighter group, later known as the Tuskegee Airmen after the segregated airfield in Alabama where Black pilots received their training.

In 1949, a four-person team of Tuskegee Airmen won the USAF First Aerial Gunnery Competition at Nellis Air Force Base, according to a recent news article from AARP. The airmen weren’t recognized for winning the trophy, though, because they were Black. The trophy was put into storage and wasn’t put on display until 2004.

“We as a race of people weren’t expected to do anything — everything was negative. The only thing left for us to do was go out and win this meet,” Harvey told AARP.

Harvey, 98, and the Airmen never let the lack of recognition define who they were. “It didn’t matter, though,” Harvey said. “It’s the skill of the pilot that determines what’s going to happen. They were there to compete, and we were there to win.”

Decades later, the winners of the competition were still declared unknown. There was no official recognition at Nellis Air Force Base of the competition until January, when Harvey returned for a ceremony sponsored by AARP’s Wish of a Lifetime honoring the team’s win. Wish of a Lifetime contacted the Air Force Association to organize a ceremony for Harvey and the 332nd fighter pilots, according to AARP.

During the ceremony, the group mounted a plaque in the Red Flag building 73 years after the historic competition.

AARP Studios documented Harvey’s experience over the past year for its YouTube series, “Reporting for Duty.” The episode features footage of the 332nd Fighter Group competing in the competition, along with interviews more than 70 years later. For more information, visit www.AARP.org/Veterans.