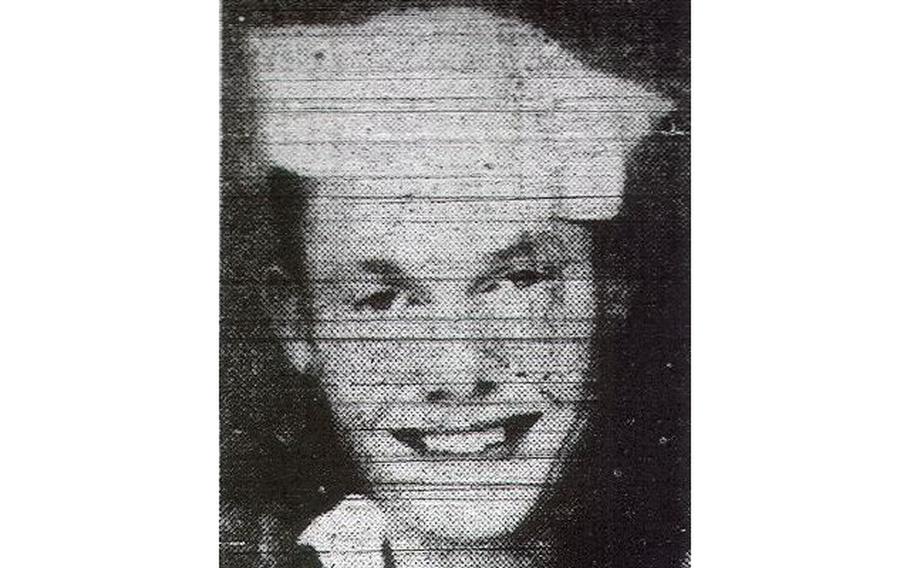 (Tribune News Service) — More than 80 years after he died in the attack on Pearl Harbor, a Barberton, Ohio, sailor is finally coming home.

Dyer served on the USS Oklahoma, which was moored at Ford Island, Pearl Harbor. The battleship was hit by multiple torpedoes and capsized, and later became a widely recognized part of U.S. history.

Although some crew members survived by jumping into the harbor’s waters, Dyer perished and his remains were buried in Hawaii.

Dyer was a Barberton High School student as war tensions were growing prior to the Pearl Harbor attack. A newspaper account from the time lists his age as 20 and his address as Canal Street.

One of Dyer’s younger brothers, Jay, enlisted in the U.S. Marines a few days after the attack. The newspaper account also lists another brother, Chester, who was 16 at the time.

According to honorstates.org, a website that lists the achievements of U.S. military veterans, Dyer was posthumously awarded a Purple Heart and several other medals for his service.

Dyer was born in Tennessee and later moved to Barberton with his mother, Thena Cromley, and his siblings. 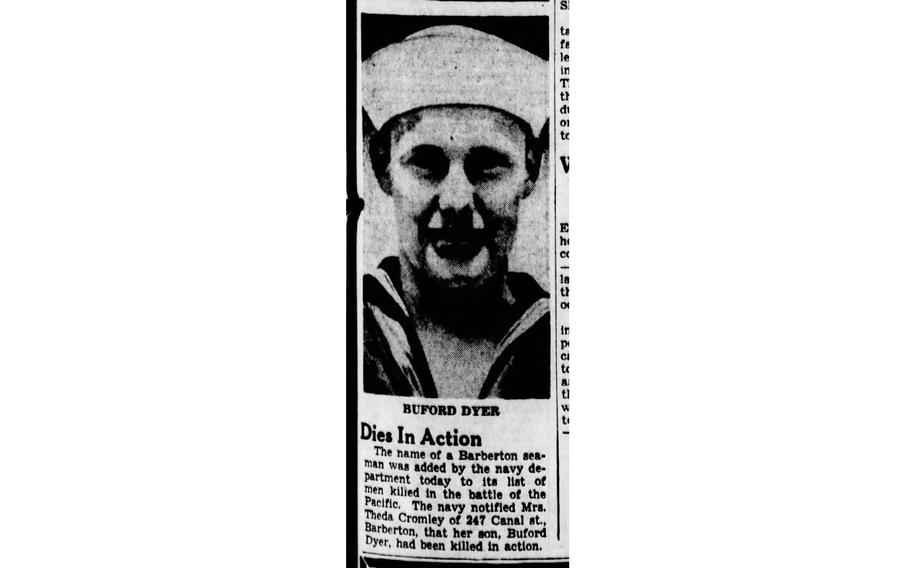 A newspaper clipping from the front page of the Akron Beacon Journal on Feb. 17, 1942, marks the military notification to family of the death of Navy seaman Buford Dyer of Barberton, Ohio, who died in the attack on Pearl Harbor. (Akron Beacon Journal/TNS)

In 1947, the American Graves Registration Service disinterred his remains and those of other unidentified casualties in an effort to identify them. The remains were taken to Schofield Barracks in Oahu, Hawaii, but only 35 individuals from the Oklahoma could be identified at the time.

The Graves Registration Service buried the unidentified remains at the National Memorial Cemetery of the Pacific in Honolulu, and in 1949, a military board classified those who could not be identified as non-recoverable, including Dyer.

But with the advent of DNA techonology, that would change for the Barberton sailor and his crewmates.

Between June and November 2015, Defense POW/MIA Accounting Agency personnel exhumed the unidentified Oklahoma crewmen from the cemetery for analysis.

Scientists from the agency were able to identify Dyer using dental, anthropological and DNA analysis. He was the 350th Oklahoma crew member identified by the agency’s USS Oklahoma Project.

Dyer’s name is recorded on the Courts of the Missing at the National Memorial Cemetery of the Pacific in Honolulu, along with the others missing from WWII.

Dyer will be buried in April at the Western Reserve National Cemetery in Medina County.