Ten years after the end of “don’t ask, don’t tell,” former members of the military who were forced out of the service for being gay say they still face repercussions from the policy that one lawmaker called “a dark chapter in the history of our nation’s military.”

On Wednesday, members of a House subcommittee heard testimony about the lingering effects. Some ex-service members suffer from debilitating depression and trauma disorders. Others struggle to find work, and many don't have access to the benefits other veterans receive — a discrepancy that leaves them at higher risk of mental health issues. Studies have found that 15 percent of LGBTQ veterans attempt suicide, compared with less than 1 percent for the entire veteran population.

Leaders at the Departments of Defense and Veterans Affairs have vowed to expand access and made a new push this week to encourage some veterans discharged under the policy to apply for benefits.

But the directive, which VA representatives called a "policy clarification," doesn't go far enough, advocates for LGBTQ veterans said. It doesn't cover all veterans pushed out under "don't ask, don't tell," and because it's not enshrined in law, a different administration could choose to abandon it. This fall, LGBTQ veterans and their advocates are pursuing legislation and lawsuits to mitigate the damage done by the policy.

"It's an important milestone to recognize that it's been 10 years since this harmful policy was lifted, but the trauma clearly continues for those who served under 'don't ask, don't tell,'" Rep. Chris Pappas (D-N.H.) said in an interview. LGBTQ veterans "had to hide who they were, and that still weighs very heavily on them as they look for employment, and as they fight with the bureaucracy at the VA to get connected to the care and benefits that they earned."

President Bill Clinton initially envisioned "don't ask, don't tell" as the end to nearly eight decades of discrimination. Since Congress first banned sodomy in the 1916 Articles of War, more than 100,000 people had been pushed out of the military because of their sexuality. Clinton vowed to change that, but after a Military Working Group concluded that homosexuality was inconsistent with military service, the president settled on a compromise. Gay people could serve, Clinton announced in 1993, but only if they kept their sexuality a secret.

"Don't ask, don't tell" was in effect when Travis Jackson enlisted in 2004. Jackson was 19, and he'd known two things since he was young: He was bisexual, and he would spend his career in the Army, just as his father and grandfather had.

Jackson understood that the military required him to hide his identity, but over time, that secrecy led him into a deep depression. Two years after he joined, while he was stationed in Fort Sill, Okla., Jackson wrote a coming-out letter, then he took sleeping pills and vodka in an attempt to kill himself.

"This is the impact that 'don't ask, don't tell' had on a lot of veterans," Jackson said. "I attempted suicide because I felt like no one cares for me, and there's no way out."

He survived, but afterward, his command knew he was bisexual. They stopped talking when he walked into headquarters, he said, and they gossiped about him. Still, when he completed his term of service, the Army gave him an honorable discharge, so he reenlisted and moved to Fort Lewis, Wash. A month after he arrived, in April 2007, his unit deployed to Iraq.

Jackson lost several friends there and began to fear he would die without any of his fellow soldiers knowing the truth of his life. He finally told a few people, most of whom he thought were accepting, but when they returned to Fort Lewis in the summer of 2008, his colleagues began harassing him. Jackson said he started drinking heavily.

In 2009, an Army investigator told him he'd made "same sex contacts" at a barracks party, and the incident eventually led the Army to discharge Jackson with an "other than honorable" ranking.

Jackson has post-traumatic stress disorder and a traumatic brain injury, but for years after his service, he couldn't get benefits. He eventually hired a lawyer, who spent eight years helping him upgrade his second discharge to "general." Jackson now receives therapy through the VA in Montgomery, Ala., but the "general" designation doesn't capture what he gave or what he lost.

Thousands of people who left under "don't ask, don't tell" still don't have benefits, including access to health care, home loans and educational support through the VA. Service members with less than honorable discharges often don't qualify, and in 2016, the Associated Press found that only 8 percent of the 13,000 people expelled under the policy have applied to upgrade their discharges.

The process can be arduous, expensive and painful. But Jennifer Dane, the executive director of Modern Military Association of America, a nonprofit group that helps LGBTQ veterans access benefits, said the pandemic has inspired some to pursue the benefits that other veterans receive.

"I had many families who called and said, 'We just want health care, and we'd love to use the VA because we've lost our jobs,'" Dane said. "And I had to tell them, 'I'm so sorry. We can definitely help you, but it's a long process, and with these discharges, it takes longer.'"

Even those who left the military with an honorable discharge say they mourn the loss of what they had expected would be a lifelong career.

Travis Garland, a former airman who was investigated for homosexuality the year before "don't ask" took effect, said he has felt acute pain as the men he served with begin to retire with full benefits and income. The Air Force allowed him to leave with an honorable discharge, but they pushed him out just three years after he enlisted. He lives in Norfolk now, and he has long worked in jobs that provide entertainment on military bases, but he's missed out on other government jobs, he said, and he wonders if employers have passed him up because his Air Force certificate of release says "admitted homosexual."

"I always felt that I was robbed of an opportunity," Garland said. "My intent was to make it at least a 20-year career for myself, so that's been weighing on me because I'm watching them retire, and in my mind, that could have been me if things were different — not due to me, but due to my government."

Other veterans say "don't ask, don't tell" empowered service members to harass and sexually assault LGBTQ troops. Some, including Landon Marchant, a nonbinary person who enlisted in the Air Force to pay for college, didn't report the abuse because their attackers framed the assault as an attempt to "fix" them.

"I couldn't say, 'He said I needed a real man to help me be straight,'" Marchant said. "Their own self-professed motivations for violence would have incriminated me."

The military discharged Marchant in 2011, just before President Barack Obama repealed "don't ask, don't tell." Marchant received an honorable discharge, but because they left the Air Force early, they only qualified for part of their G.I. bill, and they had to put off college for several years.

Dane was also assaulted while serving in the Air Force. When she reported her attacker, the military instead investigated her for being gay.

"That happened quite often," Dane said.

Dane said she and her members have been heartened to see new VA Secretary Denis McDonough speaking out on behalf of LGBTQ veterans. This summer, McDonough said that the VA will begin covering gender confirmation surgeries for transgender veterans, and earlier this week, the department announced that veterans who were discharged as "other than honorable" under "don't ask, don't tell" may be eligible for benefits.

The new directive is still being worked out, but veterans groups said it won't help all their members. Many gay veterans received other discharges, and some were even criminalized because of their sexuality.

"I'm very, very grateful we have folks that can have their benefits restored pretty quickly, but we have a significant number of other folks who won't," Dane said. "And what does that really mean in providing justice and equality for everyone?"

Dane's nonprofit group plans to file a class-action lawsuit this fall against the Defense Department to restore benefits for more members, and in the meantime, she and other advocates are pushing for legislation Pappas introduced earlier this month to permanently secure benefits for a greater swath of LGBTQ veterans, including those dismissed during World War II or under the Trump administration's ban on transgender service members.

On Wednesday at a Subcommittee on Oversight and Investigations hearing on Pappas's bill, called the Securing the Rights our Veterans Earned Act, advocates praised the effort but said they feared LGBTQ veterans may be too afraid to contact their local VA hospitals.

"There's a lot of faith that's been lost in the system," said Lindsay Church, the executive director for the Minority Veterans of America. "After being criminalized and pushed out of the military, it's really hard to regain that trust."

VA representatives said they'll be holding listening sessions this fall on the new directive and pledged to work with Pappas on the bill. 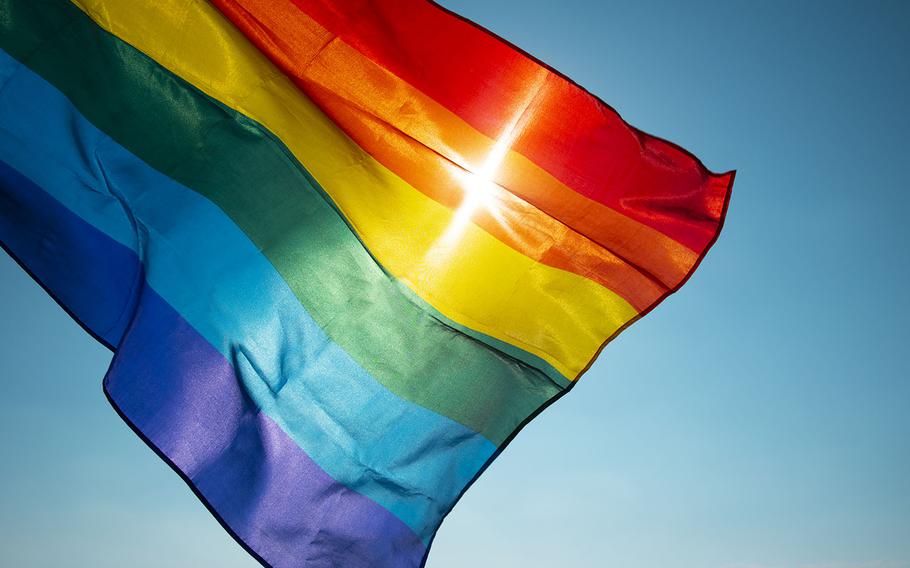