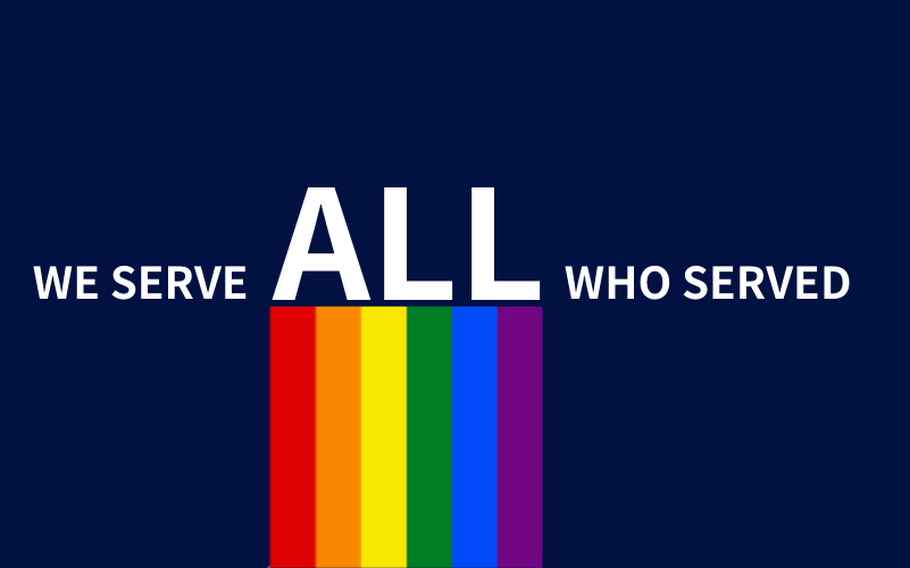 Department of Veterans Affairs Secretary Denis McDonough vowed this year to make the department more welcoming for LGBTQ patients and employees and issued an agency-wide review of VA policies regarding LGBTQ veterans. On Monday, Sept. 20, 2021, McDonough issued guidance to help grant benefits to veterans who were discharged from the military because of their sexual orientation.  (Department of Veterans Affairs graphic)

WASHINGTON — LGBTQ veterans who were kicked out of the military under the Don’t Ask, Don’t Tell policy of the 1990s and 2000s will now be eligible for government benefits, the Department of Veterans Affairs announced Monday.

Don’t Ask, Don’t Tell forced about 14,000 service members out of the military during the 17 years that the policy was in place. Those troops were given other-than-honorable discharges, making them ineligible for many VA benefits, including health care, disability compensation, home loans and burial benefits.

VA adjudicators, who decide whether to approve veterans’ claims for VA benefits, will no longer consider veterans ineligible because of their discharges for sexual orientation or gender identity, said Kayla Williams, the VA’s assistant secretary for public affairs. The department will award a veteran his or her benefits unless the person’s military record shows another reason that he or she doesn’t qualify.

“Although VA recognizes that the trauma caused by the military’s decades-long policy of discrimination against LGBTQ+ people cannot be undone in a few short months, the Biden administration and Secretary McDonough are taking the steps necessary to begin addressing the pain that such policies have created,” Williams said.

The announcement was made as part of the 10th anniversary of the repeal of Don’t Ask, Don’t Tell, which barred openly gay, lesbian or bisexual individuals from serving in the military. The policy was enacted under former President Bill Clinton’s administration in 1993, and it was repealed by former President Barack Obama on Sept. 20, 2011.

In a statement Monday, President Joe Biden described the policy as a “great injustice” that excluded many veterans and their families from their earned benefits. 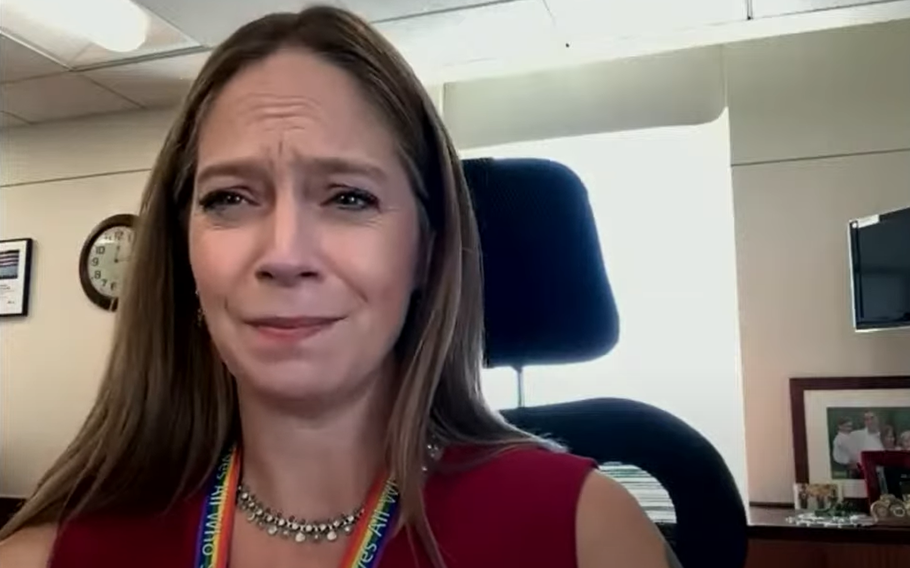 Kayla Williams, assistant secretary in the Office of Public and Intergovernmental Affairs at the Department of Veterans Affairs, announces new guidance Monday, Sept. 20, 2021, that will help grant benefits to veterans who were kicked out of the military because of their sexual orientation. Monday marked the 10th anniversary of the repeal of Don’t Ask, Don’t Tell, which barred LGBT troops from serving openly.  (Screenshot from virtual event)

In addition to the 14,000 individuals removed from service under Don’t Ask, Don’t Tell, advocates believe thousands more veterans were kicked out of the military for their sexual orientation before and after the policy was in place. Biden said Monday that the numbers add up to more than 100,000 service members.

Veterans separated because of their sexual orientation can seek an upgrade to their discharge status. However, the process can take years to complete, and many veterans don’t pursue it. Williams on Monday encouraged these veterans to contact the VA to determine if they’ll now be eligible for benefits under the new guidance.

“Given that large numbers of LGBTQ+ veterans who were affected by previous homophobic and transphobic policies have not applied for a discharge upgrade due to the perception that the process could be onerous, we are hopeful that this policy statement encourages more of them to contact VA to determine their eligibility for care and services,” she said.

The VA insisted the guidance announced Monday does not amount to a change in law, which would require an act of Congress. Rather, the VA contends it’s merely a clarification of the existing policy because veterans discharged under Don’t Ask Don’t Tell are already “generally eligible for benefits under current statute and regulation.”

Shortly after taking the helm of the VA in February, McDonough vowed to focus on inclusivity, diversity and equity during his tenure as secretary. One of his first actions was to initiate an agency-wide review of the department’s policies to determine how to make it a more welcoming place for LGBTQ patients and employees.

In June, McDonough announced the VA would offer gender-confirmation surgeries to transgender patients for the first time.

“Today, the Department of Veterans Affairs is working to reverse the harm done to all LGBTQ+ veterans,” Williams said.