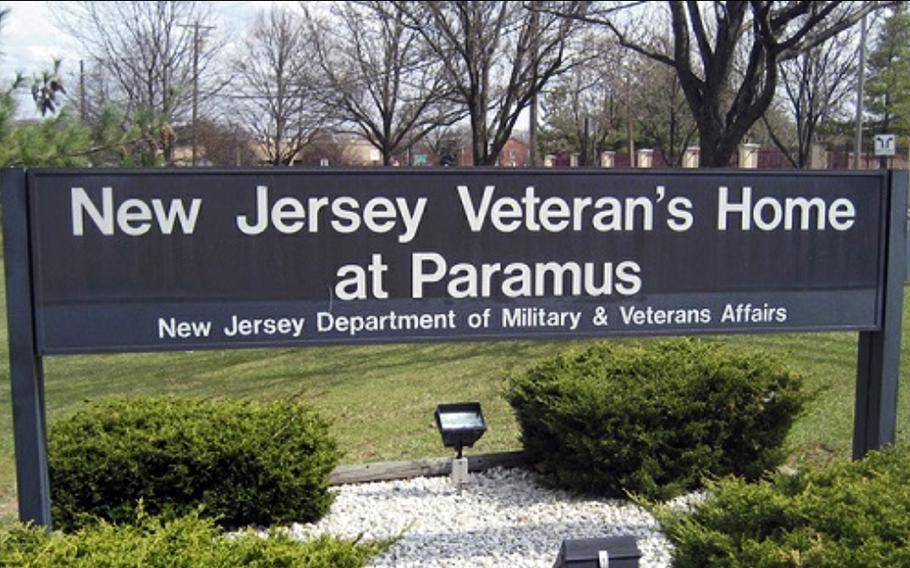 The federal Division on Civil Rights is investigating the pandemic response at the veterans home in Paramus, N.J. (Department of Veterans Affairs)

(Tribune News Service) — Residents of New Jersey’s three veterans homes would be able to leave the facility during during a public emergency and be entitled to more information about what is being done to protect them, under a package of bills Gov. Phil Murphy signed Thursday.

There are 651 veterans and their spouses now living at the three state-run veterans nursing homes, located in Menlo Park, Paramus and Vineland. But throughout 2020, the pandemic decimated these facilities, claiming the lives of at least 204 residents, according to confirmed and probable fatalities figures from the state Department of Health from July.

The federal Division on Civil Rights is investigating the pandemic response at the veterans homes in Menlo Park and Paramus, where the fatalities were the highest. Some families have sued the state for gross negligence, claiming masks and other protective equipment were not shared and infected people were not segregated from the rest of the residents.

Brigadier Gen. Jemal J. Beale, the adjutant general who was forced out of his job overseeing the New Jersey Department of Military and Veterans Affairs over the death toll at the Menlo Park and Paramus veterans homes. The CEOs of those facilities also lost their jobs.

Lawmakers who sponsored the legislation say their intent was to fix mismanagement and other problems at the state-run nursing homes that denied residents access to reliable information and cut off them off from communicating with their families. The legislation also requires senior managers to hold clinical experience, which had never been a mandate before.

“Everyone knew from early in the pandemic that the most vulnerable populations are in nursing homes and veterans’ homes,” Sen. Joe Vitale (D- Middlesex), chairman of the Senate Health, Human Services and Senior Citizens Committee, said in a statement.

“Going forward, we must give more attention and devote additional resources to these facilities,” Vitale’s statement said. “We must also make sure they are being run by people with proper credentials and work experience. We can’t allow these residents to be forgotten victims of the most tragic public health crisis of our time.”

A5849: which requires the department’s Adjutant General to send weekly reports to the state Department of Health during the current public emergency through 2021, and during any future health emergency. The report would include any changes in operating procedures and the amount of personal protective equipment on hand;

A5850: which requires the department to hold quarterly town hall meetings with residents’ guardians;

A5851: which permits guardians to remove residents from the veterans home during a public health emergency for 60 days without forfeiting the resident’s room;

A5852: which requires the facility to have two documented ways to contact residents’ guardians, including regular mail, email, text or by phone;

A5853: which requires the state to hire veterans home administrators who hold clinical experience in long-term care facilities;

A5854: which requires the state hire a resident advocate for each of the three veterans homes to relay problems from residents to the director of the Division of Veterans’ Health Care Services in Trenton. This appointment is in addition to the existing resident council president, who is selected by veterans living at each facility.

A5855: which gives authority for the Office of the State Long-Term Care Ombudsman to review staffing and payroll records from the veterans homes;

A5856: which mandates the Director of the Division of Veterans’ Health Care Services hold clinical experience working in a long-term care facility.

The three Assembly Democrats who sponsored the law that requires the hiring of resident advocates at each veterans homes said the legislation was the least they could do “after everything our veterans have done for this country.”

“The veterans in our memorial homes may not always be in a position to advocate for themselves and might need someone else to advocate on their behalf,” the sponsors, Vincent Mazzeo and John Armato of Atlantic County and Annette Chaparro of Hudson County said in a statement Thursday. “Assigning a resident advocate to each home to serve as a point of contact for our veterans will make it easier for them to share any concerns or grievances they may have.”