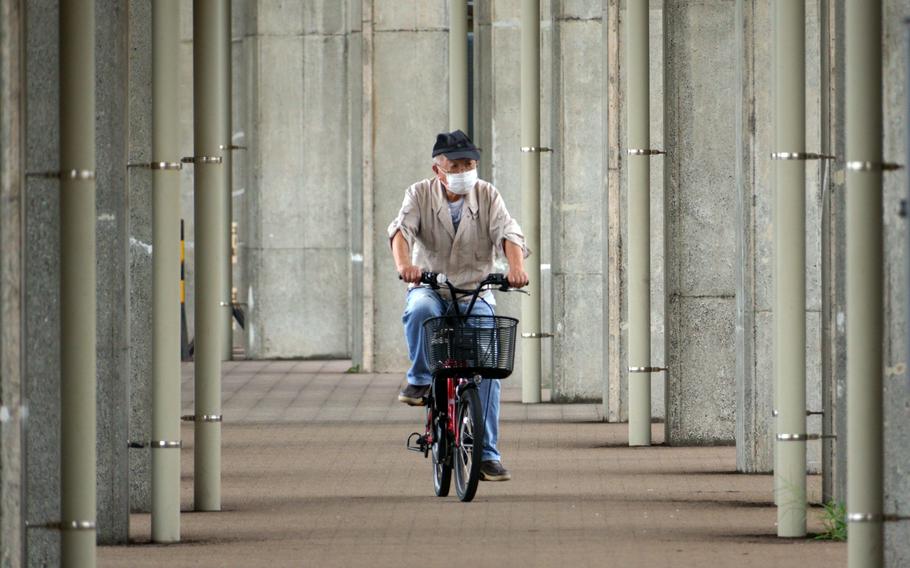 Tokyo had 782 people test positive for the virus, according to public broadcaster NHK. However, another 25 people died of complications of COVID-19, the coronavirus respiratory disease, NHK reported, citing the metropolitan government. That’s the highest daily toll since 28 deaths on Aug. 23, according to metro government data.

Meanwhile, four U.S. military bases in Japan reported another 54 new cases from the previous week. Kadena Air Base on Okinawa announced the highest figure, 38 new infections, according to a weekly update on its website. The base said it has 68 active cases but provided no further information.

Okinawa prefecture reported 185 new coronavirus patients and four deaths on Friday, according to the Department of Public Health and Medical Care.

In its weekly update, Yokota Air Base in western Tokyo reported seven COVID-19 cases since Sept. 11. All were identified by public health authorities, according to the base website. Yokota has 20 patients under observation.

Yokosuka Naval Base south of Tokyo has had six people test positive since Tuesday, according to a base news release. One immunized base employee turned up during contact tracing.

The remainder were unimmunized. Three are associated with the Navy. A medical screening discovered one individual, one individual fell ill with COVID-19 symptoms and one tested positive after recently arriving in Japan.

Two are base employees. One fell ill and the other turned up in a medical screening, according to a base news release. The base reported 25 active cases under observation.

Marine Corps Air Station Iwakuni near Hiroshima has had three infections since Thursday, according to a base news release.

South Korea said another 2,008 people tested positive, 738 in Seoul and 655 in Gyeonggi province, where Camp Humphreys and Osan Air Base are located, according to the Korean Disease Control and Prevention Agency. Nearly 22 million South Koreans are fully vaccinated; another 35.4 million have received one dose of a two-shot vaccine.