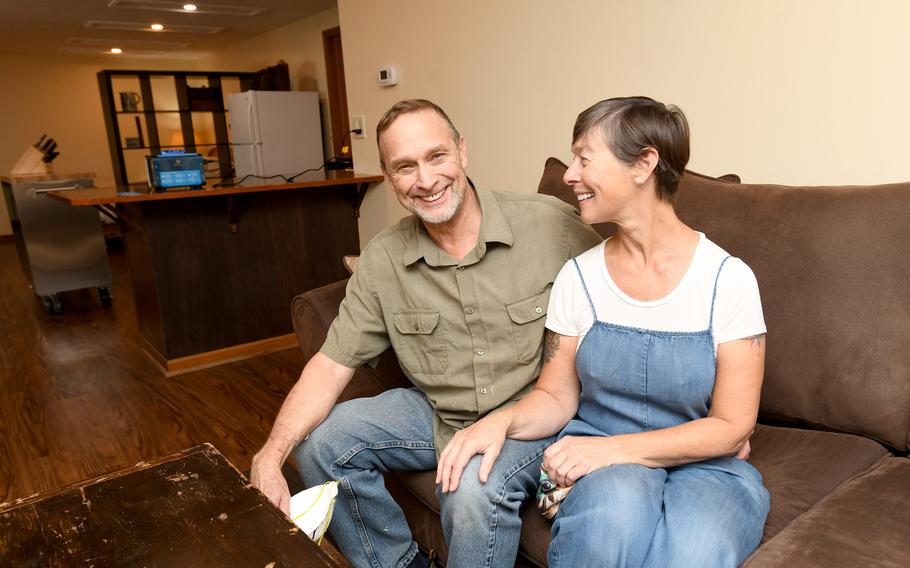 Ken and Angel Perkins of North Canton are seated in one of the two apartments they plan to offer to Afghan refugees in need of temporary housing. Angel Perkins is a retired nurse and chef. Ken Perkins is retired from the U.S. Air Force. (Julie Vennitti Botos, The Repository/TNS)

NORTH CANTON, Ohio (Tribune News Service) — A North Canton couple is offering a home away from home for Afghan refugees.

Ken and Angel Perkins felt compelled to inject some compassion and positivity into a crisis that has seen the evacuation of more than 120,000 people from Afghanistan following President Joe Biden's decision to end military involvement in that country.

As a result, they are offering the use of two furnished apartments for displaced Afghan families.

Angel Perkins decided to get involved after reading stories about the evacuation.

"I sat back and my heart didn't become heavy, it became light," she said. "I asked God, 'What can I do?' I heard, 'Open your home,' and that's what I decided to do. My husband was out. When he came home from Lowe's, I said, 'Honey, we have to talk.'"

Angel Perkins is a retired nurse who has volunteered to give COVID-19 vaccinations over the past year. Her husband is a U.S. Air Force retiree who served 24 years.

"We wanted to inject some light, love, acceptance and inclusion," Ken Perkins said. "Just to show it's OK to be kind."

Since the pandemic, Angel Perkins, who's also a chef, has cooked and served hundreds of meals to local hospital workers at Cleveland Clinic Mercy Hospital and Summa Health, and some local first responders.

"Because of the contagion — they can't go home to their families — some of the staff have literally lived there," she said.

The couple will cover all expenses for refugee families, including food. 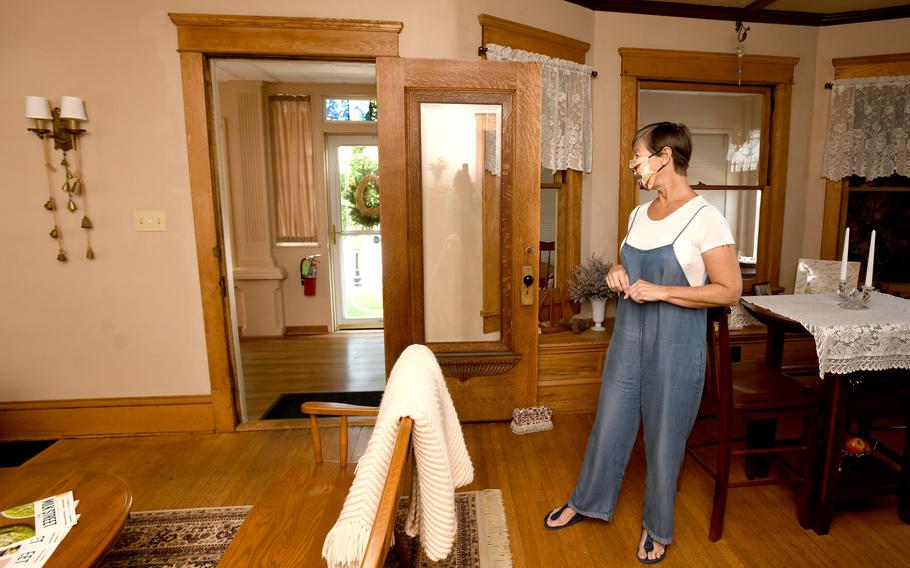 Ken and Angel Perkins of North Canton are offering the use of two apartments they own to Afghan refuge families. (Julie Vennitti Botos, The Repository/TNS)

"I don't want them to worry about and be concerned about anything," Angel Perkins said. "Our hope is this idea will get other people involved to help."

Ken Perkins, who remodeled the apartments himself, said people reluctant about accepting refugees need to remember their own history, including William "Boss" Hoover who arranged for North Canton to accept British children during World War II.

"Everyone in America came from a refugee or an immigrant," he said. "Even the first Americans came across the Bering Strait. That's what makes us strong."

"The former administration set it up for failure by not including the Afghan government in negotiations," he said. "They kneecapped the government, giving them zero power. Biden made the right decision. It was the greatest airlift in history. No one else could have done it but the United States."

Angel Perkins said they've been in contact with the International Institute of Akron, which works to resettle refugees in Northeast Ohio.

Kevin Walter, advocacy and outreach specialist at the International Institute of Akron, said they aren't sure exactly how many families they will be assisting, but they do anticipate needing temporary housing.

"We've resettled one family of nine," he said.

Walter said some of the families expected to come to Akron are still being vetted and processed in other cities. Media reports have estimated that 500 Afghans will be brought to Akron.

"We're waiting on instructions from our national partners," Walter said. "We are definitely anticipating needing some temporary housing while we look for long-term housing."