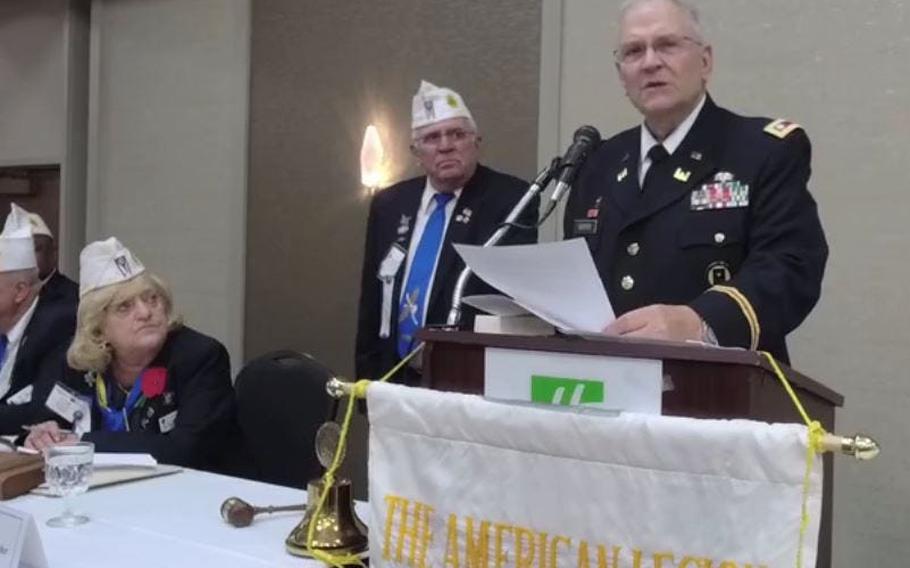 HUDSON, Ohio (Tribune News Service) — Hudson's American Legion post has been restored after it was suspended amid national outcry when a Memorial Day speaker's microphone was cut.

The American Legion Department of Ohio's executive committee on Saturday approved lifting the temporary suspension of the charter for Hudson American Legion Lee-Bishop Post 464, according to Suzette Heller, adjutant of the state Legion.

The Hudson post's charter was temporarily suspended after retired U.S. Army Lt. Col. Barnard Kemter's microphone was cut while he talked about Black Americans' role in the history of Memorial Day at a Memorial Day ceremony on May 31 in Markillie Cemetery in Hudson. The incident drew national criticism.

Heller said a letter will be sent to the Hudson post notifying leaders of the executive committee's decision.

Coast Guard Reserve Lt. Cmdr. Michael Walker, who is serving as the new adjutant for the Hudson post, was not immediately available for comment.

Garrison and Suchan resigned from their positions. Suchan previously said Kemter's microphone was turned down because it "was not relevant to our program for the day," and added the "theme of the day was honoring Hudson veterans."

Kemter delivered his speech again during the American Legion Department of Ohio's annual convention in July.