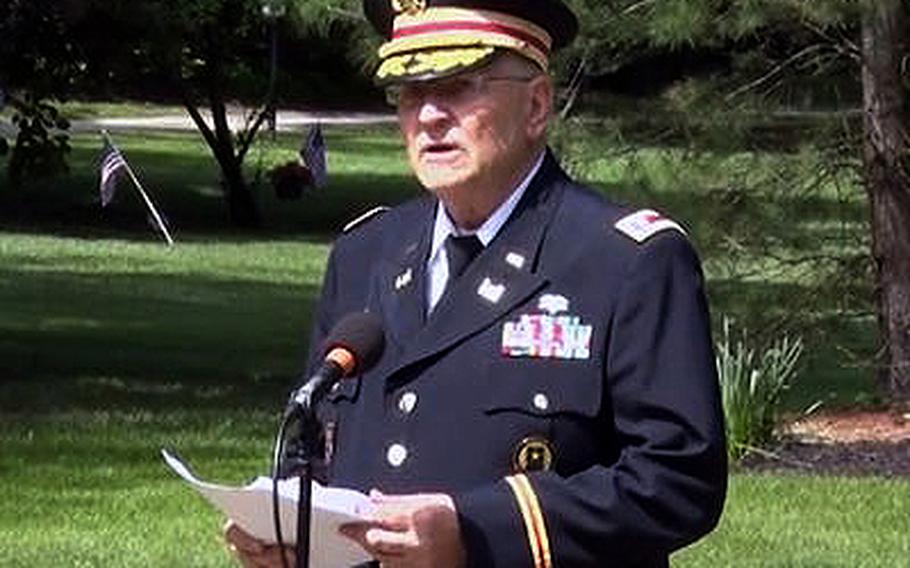 AKRON, Ohio (Tribune News Service) — Hudson's American Legion post has had its charter suspended and its leader has resigned after a veteran's mic got cut while he spoke about Black Americans' role in the history of Memorial Day.

The actions come four days after the leader of the Hudson legion and head of the legion's auxiliary were involved with cutting Lt. Col Bernard Kemter's microphone during a Memorial Day ceremony in Hudson as he discussed Black Americans' role in an early holiday observance.

Roger Friend, department commander of the American Legion Department of Ohio, on Thursday suspended the charter for American Legion Lee-Bishop Post 464 in Hudson. The organization's executive board members on Friday morning "unanimously stood with him" on the decision, according to Suzette Heller, the state Legion's Department Adjutant.

Heller said Jim Garrison, adjutant of American Legion Lee-Bishop Post 464, called her Friday to say he had resigned from his leadership position.

An official with the American Legion Auxiliary of Ohio told the Beacon Journal that they are meeting Friday to discuss Suchan, but declined further comment.

Garrison and Suchan also are being asked to give up their memberships in the American Legion and American Legion Auxiliary and to apologize to the city of Hudson, all American Legion organizations, its members, veterans, and people of all backgrounds, Heller said.

Garrison and Suchan could not be immediately reached Friday for comment.

Suchan previously said it was either her or Garrison who turned down the audio at Monday's Memorial Day ceremony as Kemter spoke. When pressed, she would not say who specifically did it.