Brothers who died at Pearl Harbor finally rest in peace together 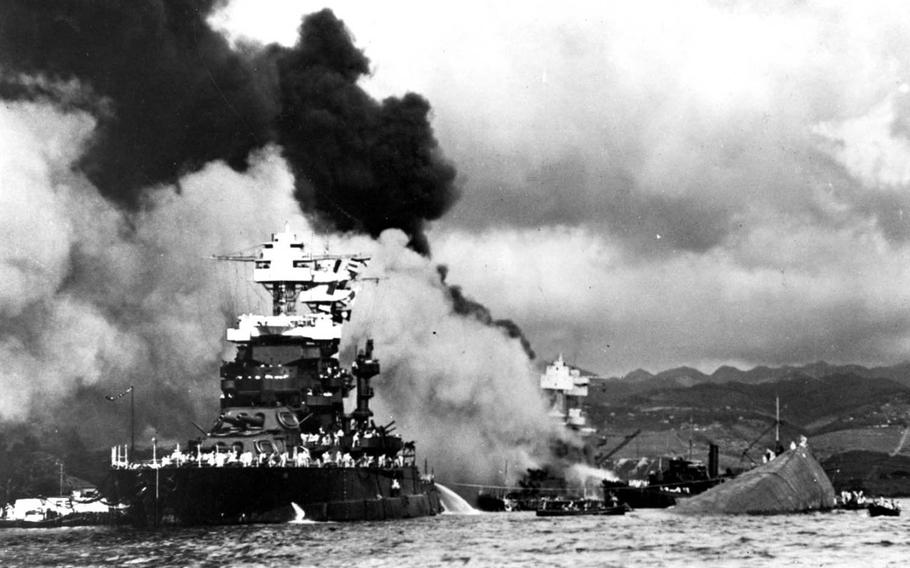 (Tribune News Service) — For the first time in nearly 80 years, since Japanese torpedoes tore through the USS Oklahoma on Dec. 7, 1941, brothers Harold and William Trapp, who grew up together, joined the Navy together and served and died on the same battleship, are now resting in peace together at Punchbowl cemetery.

Harold, 24, and William, 23, formerly interred as "unknowns" at the cemetery, were buried with full military honors Tuesday — one casket atop the other — after the Defense POW /MIA Accounting Agency identified them and notified the family back in November.

"I feel relieved, " said Carol Sowar, 70, their niece, who flew out from Albuquerque, N.M., for the service. "I have been crying off and on for seven months, and all of a sudden I feel peaceful and I've got closure. I know they are where they should be."

For the first time, the Indiana brothers have headstones — which will be side by side above the single grave — noting their full names, Navy service and battleship they served on.

It's not often that two brothers who served and died at Pearl Harbor are identified and buried at Punchbowl, officially known as the National Memorial Cemetery of the Pacific. 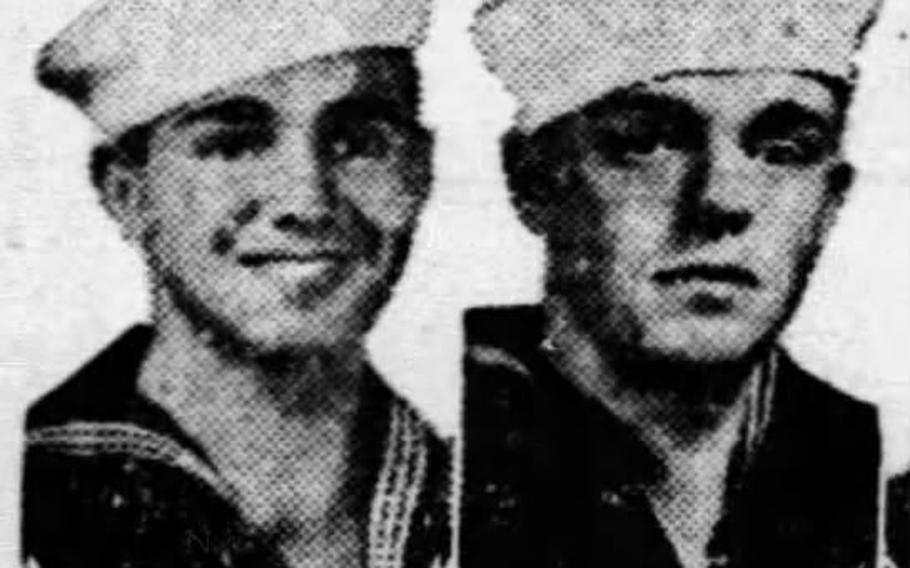 Twelve family members were present. So were more than 75 uniformed service members, including upward of 55 sailors. A rifle salute was conducted for each brother during the service at the base of the steps leading to the statue of Lady Columbia, and taps was played for each.

Six sailors reverently folded American flags over each casket. One was presented to Sowar, and another was given to her son, Matthew.

"We all know that on Dec. 7 we were attacked. The USS Oklahoma was attacked viciously, and it sank, " chaplain Navy Cmdr. Randal Potter said during the service. "429 crewmen died on that day — among them, these two brothers."

Their 80-year journey back to reunification took them from the dark days after the Pearl Harbor attack when identification of many of the mangled remains was impossible, to interment at Punchbowl as "unknowns " in caskets with commingled remains, to identification in late 2020 with advances in science, including the use of DNA.

Their skeletal remains were found across multiple caskets.

The Defense POW /MIA Accounting Agency, which searches for, recovers and identifies missing American war dead around the world, is ending a six-year effort to identify USS Oklahoma unknowns that in 2015 led to the disinterment of 388 crew members from Punchbowl and identification of more than 332 of them.

Their niece said it was a "beautiful" service that "gave them the dignity that they deserved after all these years." She previously related why it was so important to finally have her uncles identified.

For a long time her mother, who along with her two brothers "were like three peas in a pod" growing up, thought Harold and William were buried at sea, but she later learned of the commingled burials at Punchbowl.

"It was something that bothered my mother the whole time," Sowar said. "This was very hard on my mother, and the fact that they were not buried the way that you'd want them to be buried, with dignity and a service, always bothered her. It was always very painful for her."

The brothers who gave their lives on Dec. 7, 1941, at the dawn of America's involvement in World War II now are at rest, together and identified, near the shade of a big narra tree in a section of World War II veterans interred at Punchbowl.