Sailor who died at Pearl Harbor laid to rest in St. Louis nearly 80 years after his death 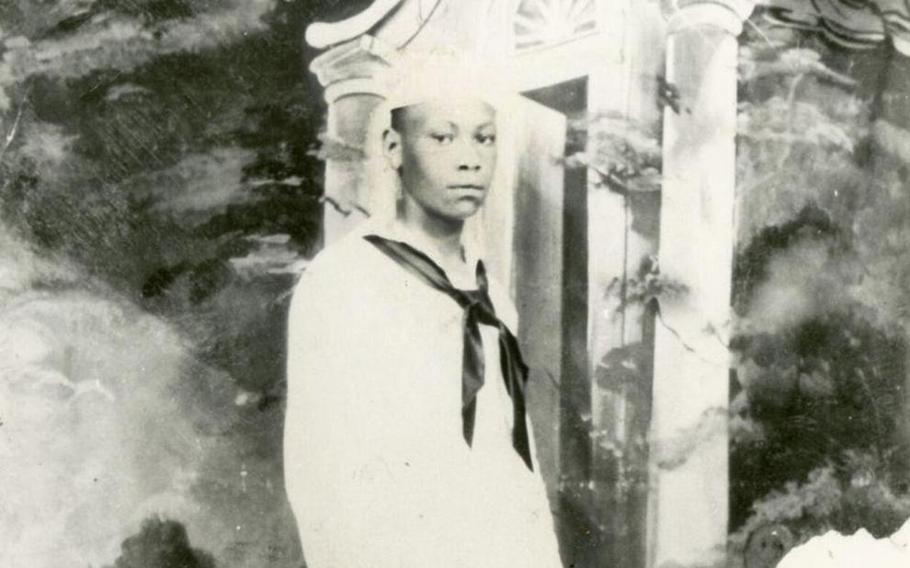 ST. LOUIS (Tribune News Service) — The name on the gravestone was "Unknown."

The body beneath it was a Navy mess attendant from Woodson, Arkansas, who enlisted at 17 to get out of his small town and find opportunity.

The teenager died on the U.S.S. Oklahoma on Dec. 7, 1941, when Japanese fighters bombed Pearl Harbor.

His parents, sister and two brothers were buried at Jefferson Barracks National Cemetery in St. Louis, but his body remained, unidentified, in Hawaii for nearly 80 years.

But recently, U.S. defense department officials tasked with identifying those killed in war ran tests on the teen's remains. They analyzed DNA, dental records and anthropological indicators, and in September they found a match.

On Tuesday, 97 years to the day Parker was born, a procession of family members, some from the St. Louis area, rolled into Jefferson Barracks, welcomed by sailors dressed in white and a rifle salute.

They watched as servicemen folded an American flag draped across Parker's casket and handed it to his niece. A bugler played taps. Onlookers saluted.

"I didn't think it was possible," his great-niece Keli Curtis said after the ceremony. "I think it's beautiful." Angela Curtis, center, is presented with an American flag by Rear Adm. Eric Peterson of the U.S. Navy on Tuesday, June 8, 2021, during the funeral with full military honors for her uncle, Mess Attendant 3rd Class Isaac Parker, 17, nearly 80 years after his death on board the USS Oklahoma during the surprise attack at the Pearl Harbor naval base in 1941. Parker’s unidentified remains had been buried as an ‘unknown’ at the National Memorial Cemetery of the Pacific in Honolulu since the 1940s. They were recently identified by DNA, dental and anthropological means and returned to his family, now in St. Louis and buried at Jefferson Barracks National Cemetery. (Christian Gooden, St. Louis Post-Dispatch/TNS)

Parker was one of roughly 79,000 Americans who remained unaccounted for after World War II. Some were buried as unknowns in cemeteries around the world, while others were lost at sea or deemed missing in action, according to the defense department's POW/MIA Accounting Agency.

Recent technological advancements, including DNA analysis, have helped speed up the process of identifying remains, but there are still roughly 72,000 servicemen unaccounted for.

On the ship where Parker worked, the Oklahoma, more than 400 people were killed. Parker was one of 2,008 sailors and 2,403 total people who died that day at Pearl Harbor. It's unclear how Parker was able to enlist at just 17 — a year before he was technically eligible — but Curtis speculated a family member may have signed for him.

And his commitment to service went on to inspire other generations of his family. Parker's great-nephew, Air Force Brig. Gen. Brandon Parker, attended the ceremony via videoconference from deployment overseas.

Glenn Curtis, a military officer and relative of Isaac Parker by marriage, said it was important to the family for him to finally be honored and laid to rest.

"To have this finally happen, it's a very good thing," he said.

People outside of the family came to honor Parker, too.

Corky Newgent and Sue Stutz both had fathers who fought in World War II and said they came to the cemetery to honor Parker, even though they had no connection to him.

"All these veterans need to be honored," Newgent said.

Parker's family said they were thankful to everyone who went to honor their loved one, and they also thanked the U.S. military for bringing him home.

"I do feel good that he is in his final resting place with his family," said his niece, Angela Curtis.