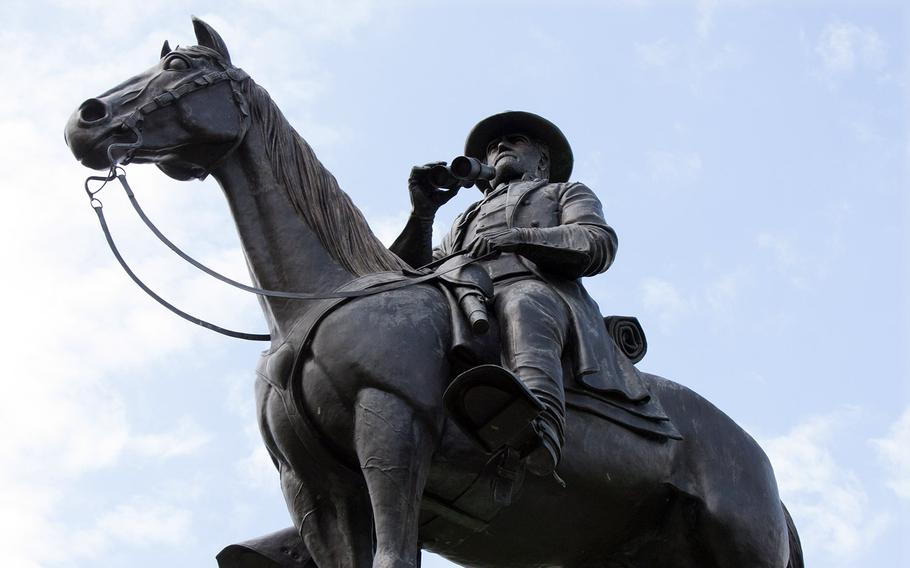 The two men's birthdays fall just four days apart, but their legacies couldn't be more different. King gave his life to the cause of racial equality; Lee fought in the Civil War to keep Black people enslaved.

Nonetheless, Mississippi and Alabama will both mark King-Lee Day as a state holiday. Until recently, they had company: Arkansas celebrated King-Lee Day until 2018, and Virginia observed Lee-Jackson-King Day, also honoring Confederate general Stonewall Jackson, until 2000. (Virginia subsequently observed a separate Lee-Jackson Day the Friday before MLK Day until 2021.) Texas still celebrates Confederate Heroes Day on Lee's actual birthday, Jan. 19, and its state employees can take a paid holiday on both days.

For many Black Southerners, these holidays are part of a broader effort to glorify the Confederacy, 158 years after its secessionist war effort went down in defeat.

As a high school student in Tunica, Miss., Arielle Hudson remembers reading state history textbooks in her Mississippi studies class that cited states' rights as the Civil War's only cause.

"There was no mention of slavery anywhere," said Hudson, who is Black and attended public school in a district that is more than 95 percent Black, in a northwestern Mississippi county whose education system remains largely segregated.

To the 25-year-old law student, who as a University of Mississippi undergraduate fought successfully in 2020 to remove a Confederate statue from a prominent campus spot, these textbooks glorified "Lost Cause" mythology — the false idea that the Confederacy had a heroic mission in the Civil War unrelated to preserving slavery. This mythology, she said, is part of what has preserved Mississippi's celebration of King-Lee Day.

King was born on Jan. 15, 1929; Lee was born on Jan. 19, 1807. Supporters of the joint recognition "usually argue that it is a practical way to celebrate two individuals' lives who are important in the Deep South," said John Giggie, an associate history professor and director of the Summersell Center for the Study of the South at the University of Alabama.

"The whole purpose of the Civil War was to say that there were two different visions of this country and they were incompatible," said Clayborne Carson, the Martin Luther King, Jr. centennial professor emeritus of history at Stanford University. "What King represented was an effort to heal that breach."

Some states have separated their recognition of King from their recognition of Lee and other Confederate leaders. Florida honors King on MLK Day but also marks Lee's birthday on Jan. 19 and Confederate Memorial Day on April 26 as holidays, according to its state laws. North Carolina also marks Lee's birthday as a legal holiday. Arkansas proclaims the second Saturday in October a "memorial day" for Lee. Georgia formerly commemorated Lee's birthday in November and Confederate Memorial Day in April, but in 2015 it replaced both with unnamed "state holidays" that fall around the same time.

MLK Day became a federal holiday in 1983, after President Ronald Reagan signed it into law. But it took until 2000 for all 50 states to observe it as a state holiday, and both its federal and state recognition met with strong resistance from some elected officials and members of the public. The fight coincided with efforts to diminish King's legacy by broadening the scope of the holiday to include Confederate leaders, historians say.

States that had already observed Lee's birthday since the late 1800s or early 1900s, including Mississippi, Alabama and Virginia, decided to combine the recognition.

In Alabama and Mississippi, Lee and King are "seen as representing the very best in terms of Southern values, the Southern way of life, and Southern heritage," said Lewis V. Baldwin, a professor emeritus of religious studies at Vanderbilt University, who has written seven books on King.

Baldwin participated in the civil rights movement as a high school student in Camden, Ala., where he heard King speak. "The fact that both [King and Lee] are celebrated on the same day speaks to what I call an ambivalent South, a South that says one thing and actually practices another," he said.

Giggie said the joint holiday in Alabama and Mississippi conveniently grants "access to both a romanticized version of the past that didn't sufficiently denigrate slavery or segregation . . . [and a] past that celebrated King's efforts to undo racial injustice."

The city of Biloxi, Miss., officially called MLK Day "Great Americans Day" before voting to change it in 2017. Idaho combines MLK Day with an all-encompassing Idaho Human Rights Day — which some view as a devaluation of King's contributions to the civil rights movement.

Carson, the Stanford professor emeritus, pointed out there is already a global Human Rights Day celebrated on Dec. 10. "I would have to make a judgment about the motives of some of the people who insisted that these two holidays be celebrated together," said Carson, who participated in the 1963 March on Washington where King gave his "I Have a Dream" speech. "My guess is that [Idaho Human Rights Day] was meant to provide an outlet for people who aren't in favor of the King holiday but would accept it if it were combined with something else."

Some elected officials in Alabama have advocated for celebrating only King, but their efforts have been unsuccessful. A bill to end the recognition of Lee on MLK Day did not receive a committee hearing last year.

"Alabama has a history of running from uncomfortable conversations unless they fit a particular narrative," said state Rep. Chris England (D), who spearheaded the legislation. "So maybe we weren't in the mood to have an uncomfortable conversation last session. But I plan on, and other legislators plan on, giving Alabama the opportunity to have that discussion again."

England's efforts earned support from Rep. Terri A. Sewell, the lone Democrat in Alabama's U.S. congressional delegation. Sewell, who said she grew up "literally a stone's throw from the Edmund Pettus Bridge" in Selma, the site of the Bloody Sunday beatings of civil rights marchers in 1965 and a subsequent march led by King, finds the joint celebration of King and Lee "unconscionable," she said.

The offices of the Republican governors of Alabama, Mississippi and Idaho did not respond to requests for comment.

Hudson, the Mississippian lawyer-in-training, said she hopes to return to her home state and practice civil rights law after completing her studies. She is hopeful that one day, just as it removed Confederate imagery from its flag, Mississippi will stop honoring Lee and the Confederacy.