Rogers takes over as chairman of the House Armed Services Committee 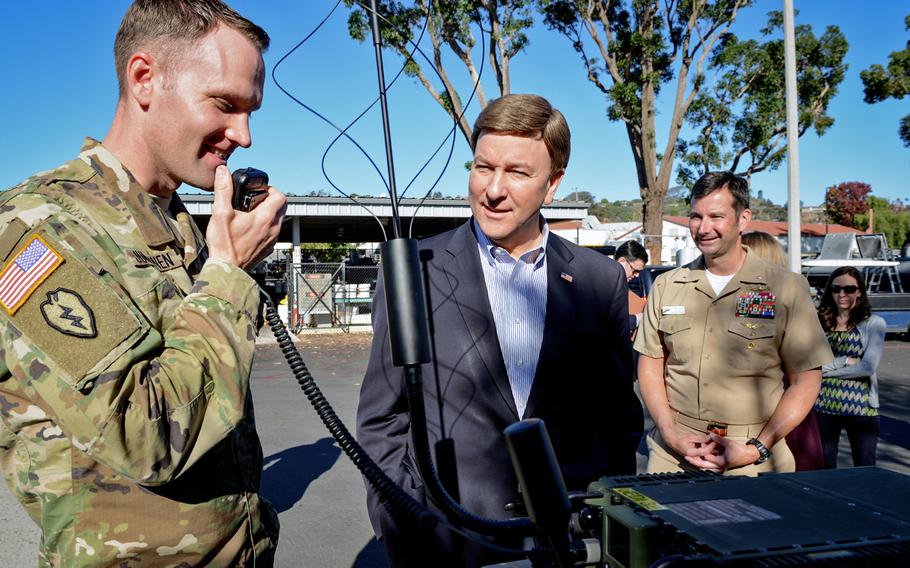 WASHINGTON — Republican Rep. Mike Rogers of Alabama was named chairman of the House Armed Services Committee on Tuesday, days after being involved in a near scuffle on the House floor.

Rogers apologized for the incident Sunday and said Tuesday that he planned to “leave no stone unturned in holding the Biden administration accountable” on military matters. The Armed Services committee oversees the Pentagon and plays a leading role in shaping priorities and spending targets for the military. 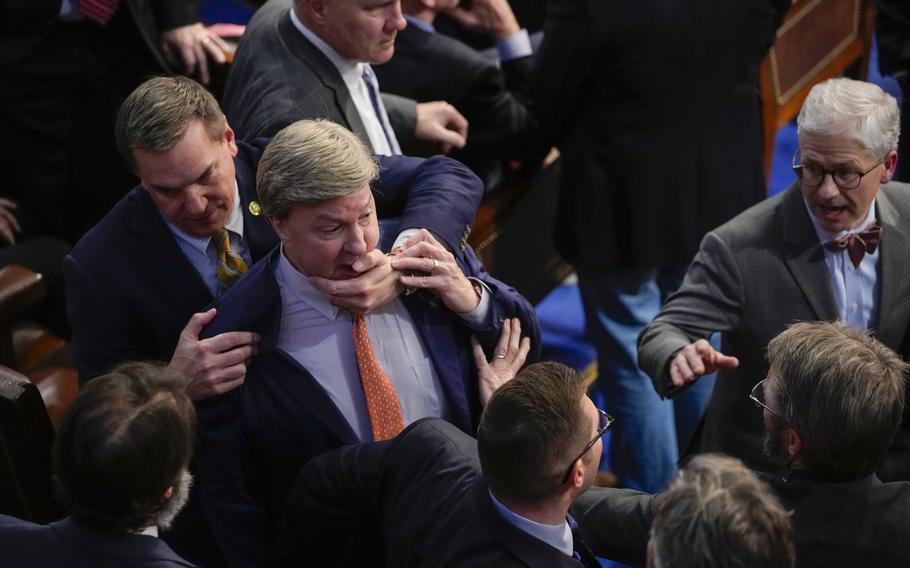 Rep. Richard Hudson, R-N.C., left, pulls Rep. Mike Rogers, R-Ala., back as they talk with Rep. Matt Gaetz, R-Fla., and other during the 14th round of voting for speaker as the House meets for the fourth day to try and elect a speaker and convene the 118th Congress in Washington, Friday, Jan. 6, 2023. At right is Rep. Patrick McHenry, R-N.C. (Andrew Harnik/AP)

“The committee will hold the Biden administration accountable for misguided policies that distract from the core mission of the Department of Defense. Initiatives that service a social agenda but don’t advance our national security will be scrutinized,” Rogers said in a statement. “Those in charge of these initiatives will come before the committee to explain how they will protect our national security.”

The rescinded coronavirus vaccine mandate for troops is among those initiatives. Rogers vowed last month to determine who was “adversely affected” by the requirement and “make them whole.” He also led a Republican effort in December to pursue Defense Department records on gender identity.

Rogers on Tuesday also promised to focus on equipping the military with the resources and weapons necessary to meet challenges from China, Russia, North Korea and Iran.

“In order to deter these threats and remain the most feared force in the world — we must ensure that our military focuses on lethality and capability,” he said.

He was at the forefront of a Republican push last year to increase the defense budget requested by the White House, harshly criticizing President Joe Biden’s proposed military spending plan for leaving America “weakened and vulnerable.”

Rogers admonished hard-line Republican members who forced the House into 15 rounds of voting for House speaker last week and dismissed reports that defense spending could be cut to meet their demands. He told Politico that he was “not worried” about a purported deal between House Speaker Kevin McCarthy, R-Calif., and the Republican party’s conservative faction affecting the military.

Rogers was elected to the House in 2002 and served as the top Republican on the House Armed Services Committee from 2020 to 2022. He was instrumental to the creation of the Space Force as chairman of the panel's Strategic Forces subcommittee in 2019. Rogers is the first congressman from Alabama to be selected chairman of the full Armed Services committee.