Last year was a huge year in space; here’s what to look for in 2023 Artemis I, NASA's Space Launch System (SLS) rocket with the unmanned Orion spacecraft aboard, blasts off from Launch Pad 39B on Nov. 16, 2022. (Jonathan Newton/The Washington Post)

For all the fanfare that accompanied NASA’s triumphant Artemis moon mission late last year, the space agency still had one fact it couldn’t get around: The spacecraft had no people on board. Save for a mannequin and a couple of dummy torsos, the Orion spacecraft flew empty as a test to see how the autonomous capsule would do on its journey to the moon and back.

But now NASA is looking to get its astronauts involved.

Later this year, in what promises to be another busy one for the space agency and the industry as a whole, NASA plans to announce the four-member crew of the next Artemis mission, finally giving the program a human face. Those astronauts — three from NASA, one from the Canadian space agency — are to orbit the moon in the Artemis II mission scheduled for 2024. That would be a prelude to a human landing a year or two later that would be the first since the last of the Apollo missions in 1972.

The astronaut announcement is one of a series of events planned for the coming year as NASA seeks to keep momentum going for the Artemis program. 2022 was one of the most accomplished years in NASA’s history, says NASA Administrator Bill Nelson, with images from the James Webb Space Telescope returning to Earth, the completion of the first Artemis mission, and SpaceX launching a record 61 times. But “is still much to look forward to” in 2023. 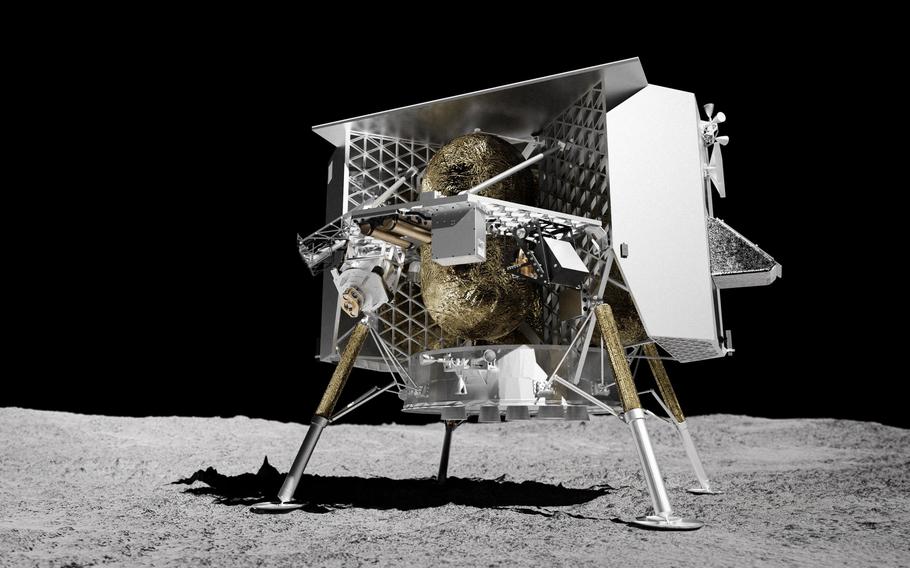 1. Robots on the moon

In addition to Artemis II, NASA is working with a number of private companies to send what it hopes will eventually be a fleet of robotic landers to the moon. The first two flights, to be flown by a pair of commercial companies, Intuitive Machines and Astrobotic, are scheduled for this year, under contract from NASA. No commercial entity has ever landed a spacecraft on the moon.

Intuitive Machines said that the company hopes to launch sometime between March and May and that it would take four to seven days for its lander to reach the moon’s surface. Astrobotic has said that its Peregrine spacecraft is scheduled to launch during the first quarter.

Later this year, NASA intends to award another lunar lander contract to ferry its astronauts to and from the surface of the moon. SpaceX won the contract for the initial landing, and for one after that. But now NASA wants another provider, and the competition for that contract has grown intense.

Blue Origin, the space venture founded by Jeff Bezos, lost to SpaceX in the original round. As did Dynetics, a subsidiary of Leidos. Both are bidding for the contract again, though this time, Northrop Grumman, which had been part of Blue Origin’s team the last time, has switched allegiance and is now partnering with Dynetics. Blue Origin has picked up two other partners for its team: Boeing and Astrobotic. Those companies join a team led by Blue Origin that also includes Lockheed Martin and Draper. (Bezos owns The Washington Post.)

3. Picking which astronauts will orbit the moon

One of the most high-profile moments will come, though, when NASA announces the members of the first crew to return to the moon since the Apollo program. In the interview, Nelson, the NASA administrator, said he hopes that will resonate with the American public as much as when NASA announced the Mercury 7, its first crew of astronauts, which included icons such as John Glenn and Alan Shepard, who became celebrities overnight.

“Remember back what it was like when the original seven were introduced and they became household names,” Nelson said. “Their personal lives were brought out, as were their families, and I think America is ready for that again.” 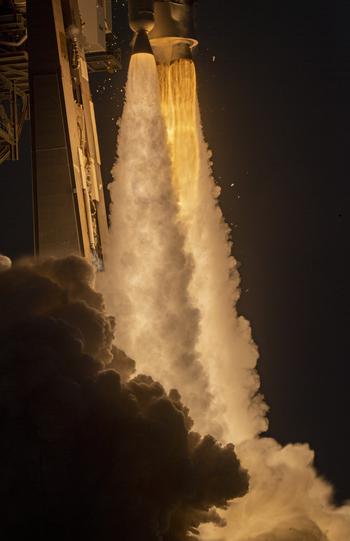 The Boeing CST-100 Starliner spacecraft launched on a United Launch Alliance's Atlas V rocket from Cape Canaveral last year on a crewless mission to the International Space Station. This year, Boeing hopes to launch the spacecraft with a crew on board. (Jonathan Newton/The Washington Post)

Boeing has a big test looming in 2023. Last year, it finally flew its Starliner spacecraft, in a demonstration mission without any astronauts on board, to the International Space Station. Now it’s looking finally to put astronauts aboard, giving NASA another spacecraft capable of taking crews to and from the station. The company is well behind SpaceX, which also holds a contract from NASA and first flew astronauts to the station in 2020.

Boeing’s delay has been caused by work to resolve problems with the spacecraft’s thrusters during the uncrewed flight, as well as traffic to the space station, NASA has said. Once Starliner does fly with people, it would give NASA three vehicles capable of flying astronauts, along with the Orion capsule and SpaceX’s Dragon spacecraft.

SpaceX will continue to fly astronauts and cargo to the space station for NASA with its Falcon 9 rocket and Dragon spacecraft. Elon Musk's latest creation, a prototype of a spaceship called Starship, built by his company, SpaceX, that he hopes will one day carry people by the dozens to the moon and Mars, in Boca Chica, Texas. (Jonathan Newton/The Washington Post)

This year could also see new rockets launching. The United Launch Alliance, the joint venture of Lockheed Martin and Boeing, is set finally to fly its Vulcan rocket for the first time, using the BE-4 engines provided by Blue Origin. The rocket would be used to launch national security satellites for the Pentagon, as well as satellites for Amazon’s Kuiper internet system.

Relativity Space, a startup company based in California, which uses a 3D printer to manufacture its rockets, is scheduled to fly its Terran 1 rocket early this year. Rocket Lab is looking to fly its Electron rocket from NASA’s facility in Wallops Island, Va., early this year as well after its launch in December was postponed.

The most anticipated launch of a new rocket this year, though, is SpaceX’s Starship.

At nearly 400 feet tall with 33 engines on its first stage, it would be the most powerful rocket ever to fly. SpaceX has developed the rocket to be fully reusable, with the booster flying back to its launchpad to be caught by a pair of mechanical arms. SpaceX intends to make the first orbital launch attempt from its site in South Texas and has preliminary approval from the Federal Aviation Administration. 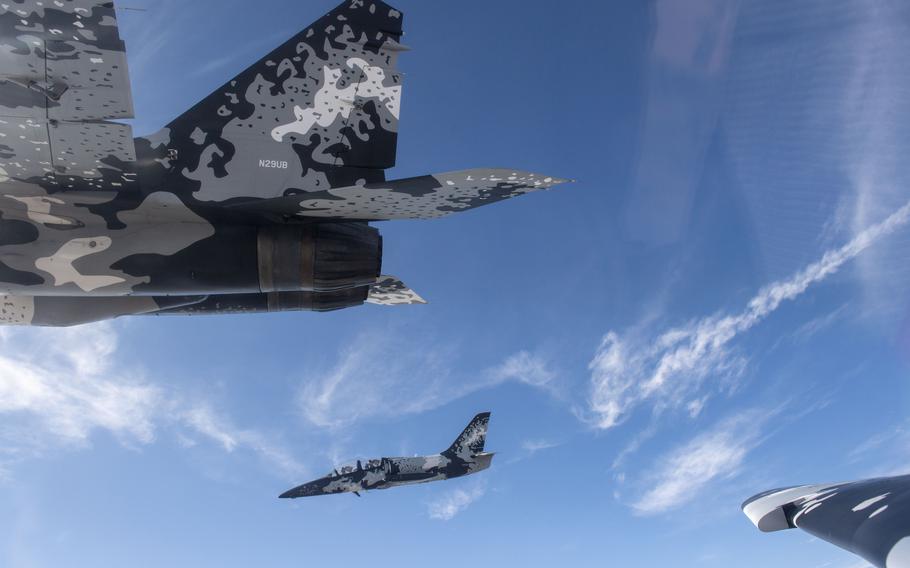 SpaceX intends to send another crew of civilians to orbit later this year as part of the Polaris program being funded by Jared Isaacman, an entrepreneur and adventurer. As part of their mission, the second of three, the crew intends to conduct a spacewalk, a first by nonprofessional astronauts.

Blue Origin also intends to continue flying tourists to the edge of space with its suborbital rocket, New Shepard. Last year the rocket suffered an engine failure without any crew on board, causing the capsule to abort from the booster. The company has been investigating what went wrong as it works with the FAA before it continues flying private citizens who have bought tickets for space tourism rides.

Virgin Galactic, the space tourism company founded by Richard Branson, has not flown to space since 2021, and it is not clear when it might do so again as it works to refurbish its vehicles.