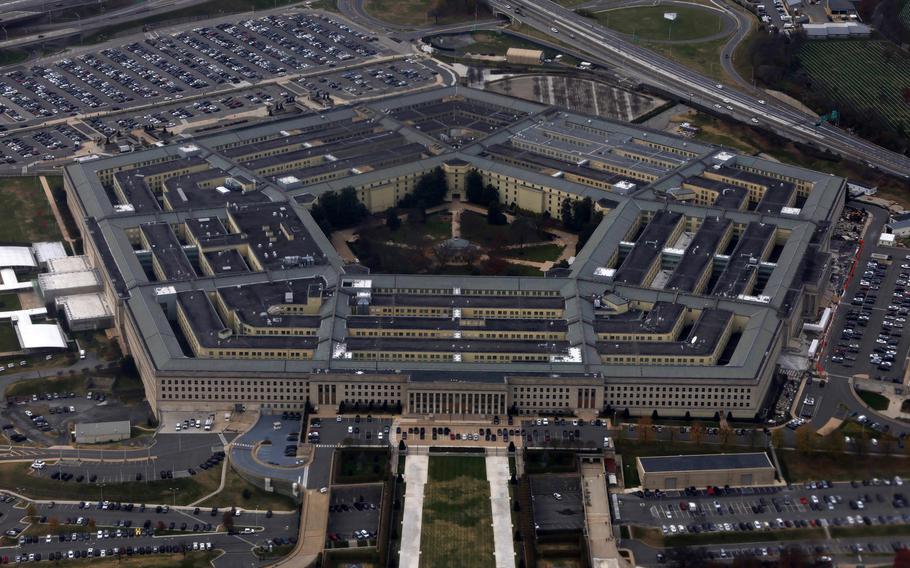 The Pentagon is seen from a flight taking off from Ronald Reagan Washington National Airport on Nov. 29, 2022, in Arlington, Virginia. (Alex Wong/Getty Images/TNS)

(Tribune News Service) — Congress has given the Defense Department until the end of January to look into whether bureaucrats are overusing a document designation known as "Controlled Unclassified Information" to keep the public from learning about bad news.

A little-noticed provision of the $1.7 trillion government funding bill, signed by President Joe Biden on Dec. 29, orders the Pentagon to report back in 30 days on policies concerning the CUI designation given that “there is concern that the extensive use of CUI will result in less transparency, accountability and congressional oversight.”

The Pentagon’s under secretary for intelligence issued a CUI policy in March 2020 that has drawn scrutiny from both Congress and the Defense Department’s inspector general. Last March, the Senate Armed Services Committee questioned whether the designation was being abused to suppress public disclosures. The Pentagon inspector general announced an investigation into the issue in October.

The companion fiscal 2023 defense policy bill said the Pentagon’s “uneven application of CUI markings is particularly problematic for industry, which often receives little CUI training or guidance from the Government and is unsure of its responsibilities regarding this marking convention.”