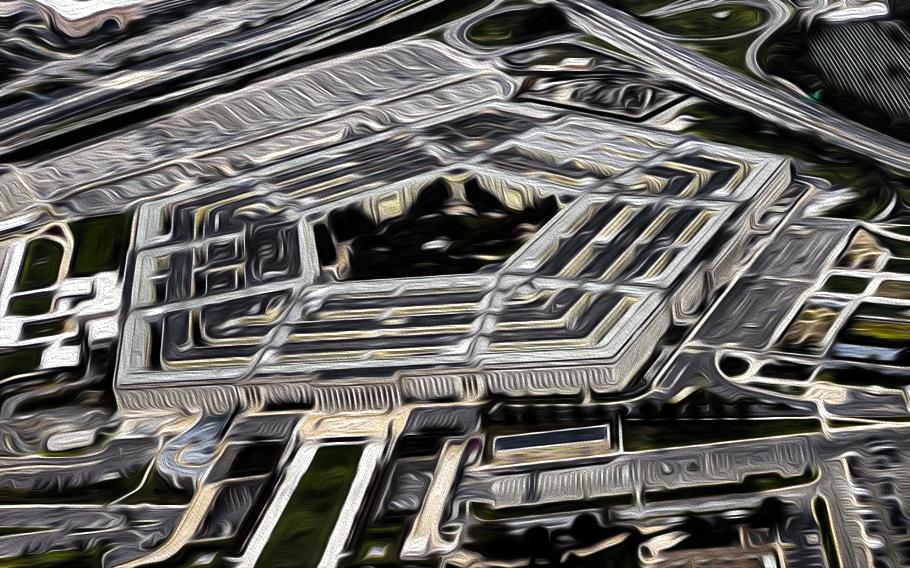 A new office at the Pentagon is scrutinizing hundreds of reports of unidentified objects in air, sea, space and beyond, senior U.S. defense officials said recently, and while it has discovered no signs of alien life, the search is set to expand. (Photo illustration/Stars and Stripes)

A new office at the Pentagon is scrutinizing hundreds of reports of unidentified objects in air, sea, space and beyond, senior U.S. defense officials said recently, and while it has discovered no signs of alien life, the search is set to expand.

The issue has taken on increasing seriousness as a bipartisan group of lawmakers presses the Defense Department to investigate instances of unidentified phenomena and disclose publicly what they learn. Established in July, the All-domain Anomaly Resolution Office is evaluating recent reports and soon could evaluate accounts that date back decades, officials said.

The Pentagon's top intelligence official, Ronald Moultrie, told reporters during a recent briefing, the first to discuss the office and its ongoing work, that "At this time . . . we have nothing" to affirm the existence of space aliens.

The proliferation of drones, including those operated by foreign adversaries and amateur hobbyists, account for many of the reports, officials said.

"Some of these things almost collide with planes," said Sean Kirkpatrick, the director of the new office, who spoke to the media alongside Moultrie on Friday. "We see that on a regular basis."

The U.S. government employs sophisticated sensors around the globe to collect data, and the office analyzes it for relevant information, they said, declining to elaborate.

While most of the reports the Pentagon investigates are about aerial objects, defense officials are increasingly concerned about unusual activity below the surface of the ocean, in space and on land. For that reason, the Pentagon now uses the term unidentified anomalous phenomena, or UAP, rather than previous descriptions such as "unidentified flying object." 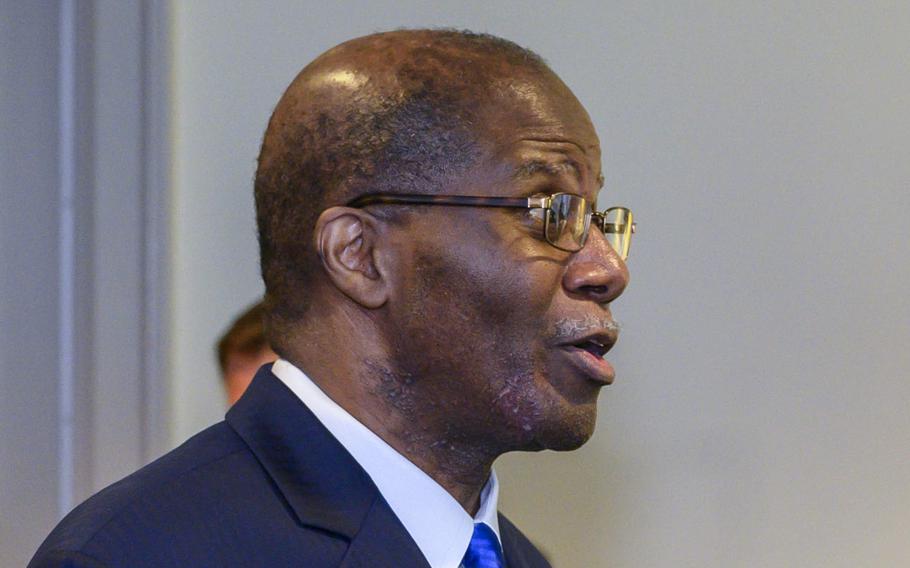 Under Secretary of Defense for Intelligence and Security Ronald Moultrie attends a ceremony at the Pentagon in Washington, D.C., on June 1, 2021. (Jackie Sanders/U.S. Air Force )

Moultrie said that, "Unidentified phenomena in all domains . . . pose potential threats to personal security and operational security, and they deserve our urgent attention."

Unidentified "trans-medium" objects, he said, is a class of phenomena that would jump between domains, like from the air to the sea. None has been documented yet, Moultrie noted.

The research is likely to expand next year. Congress wrote a provision into the next defense policy bill, which is awaiting President Joe Biden's signature, that requires the Defense Department to complete a "historical record report" about detailing unidentified phenomena observed and documented by the United States. If approved by Biden, the National Defense Authorization Act will then trigger "quite a research project, if you will, into the archives," Kirkpatrick said.

Defense officials already are digging through old reports. Kirkpatrick, a physicist and career intelligence officer, said he will "adhere to the scientific method - and I will follow that data and science wherever it goes." Some past reports, he acknowledged, may be highly classified and not yet known to him.

Moultrie said he has not seen anything in current documentation that includes "alien visitation, an alien crash, or anything like that." But if something of "alien origin" emerges, he said, defense officials will analyze it and take "appropriate actions." He did not elaborate.

In May, lawmakers held the first congressional hearing on the subject in 50 years, seeking to bring the issue out of the shadows, they said. That followed the release of a report last year by the Office of the Director of National Intelligence that scrutinized 144 cases of unidentified phenomena, and did not find evidence of extraterrestrial visits.

"Some UAP appeared to remain stationary in winds aloft, move against the wind, maneuver abruptly, or move at considerable speed, without discernible means of propulsion," the report said. "In a small number of cases, military aircraft systems processed radio frequency (RF) energy associated with UAP sightings."

Researchers involved with the report labeled the phenomena in five categories: man-made objects cluttering the air, moisture and other natural objects, man-made American aircraft, foreign-made aircraft, and a vague fifth option "other."

Moultrie said another DNI report will be released by the end of the year.

The Washington Post's Shane Harris contributed to this report.