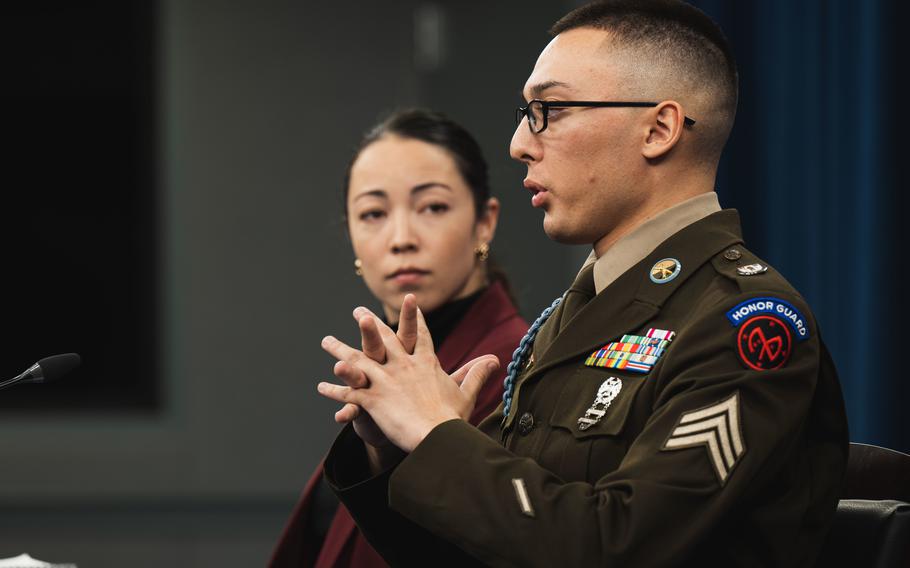 WASHINGTON — Emerging technologies, new ideas and artificial intelligence are expected to play a much bigger role in bolstering American forces around the world in the near future, defense officials said Wednesday.

Schuyler Moore, chief technology officer at U.S. Central Command, underscored the importance of new tech and forward-thinking concepts and how they will allow the U.S. military to keep up with rapidly evolving threats.

“There are technologies that have matured … that really can get after our problems today, not years from now,” she told reporters Wednesday at the Pentagon. “We are really focused on technology experimentation and what that can look like to create sustained capability.”

CENTCOM is the U.S. combatant command that covers the Middle East and parts of northern Africa and southern Asia. It recently staged a competition that called on its troops to submit ideas, policies or products to enhance U.S. defenses in the region.

CENTCOM said there’s an increased urgency for new technologies and ideas because of reduced U.S. forces in the Middle East. Thousands of American troops left the region during the withdrawal of Afghanistan in August 2021.

One creation that the command expects to make a significant difference soon is a software training tool developed by Army Sgt. Mickey Reeve that won CENTCOM’s inaugural tech competition called “Innovation Oasis.” The tool will allow troops to simulate any number of scenarios and environments in defending against unmanned aerial systems, such as drones.

Reeve’s software tool still needs to be “pressure tested” at CENTCOM, but officials there expect it to be a game-changer. Eventually, Moore said, troops in other regions around the world also will be able to use the training software.

Reeve, who’s based in Saudi Arabia, told reporters Wednesday that his software allows troops to train with any U.S. counter-drone system available and provides “opportunities for boots on the ground who are closest to threats to mimic their environment for training.”

Moore said the training tool also can be upgraded in the future when newer technologies become available. She added the software allows for integration and cooperation at a level "previously unimaginable."

CENTCOM routinely faces changing threats due to various conflicts in countries such as Iran, Syria and Yemen, and with Islamic extremist groups such as the Islamic State.

For winning the contest, Reeve also won a service award and a four-day recreational pass. Moore said he also will have an opportunity eventually to monetize the tool commercially.

CENTCOM is planning to hold its next innovation competition, “Innovation Scarlet,” in early 2023.