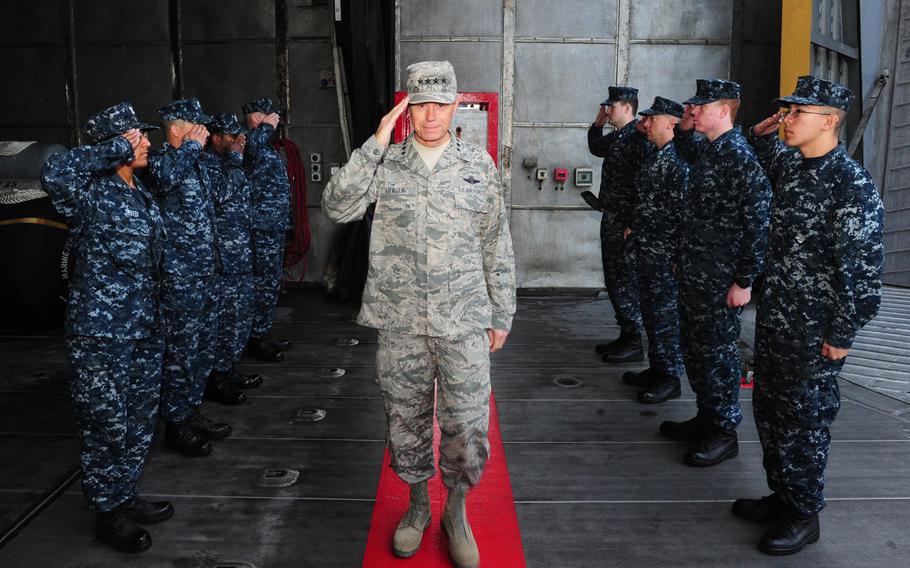 Members of Congress said they were alarmed by a Washington Post investigation that revealed hundreds of retired U.S. military personnel have taken high-paying jobs as contractors and consultants for foreign governments, mostly in countries known for political repression.

Citing concerns about undue foreign influence and risks to national security, several lawmakers from both parties said they would push the Pentagon and the State Department to improve their transparency and oversight for veterans who work for foreign powers.

“The American people put significant trust in our military leaders and deserve to know when they take lucrative jobs advising foreign governments, especially those with known human rights abuses,” Rep. Suzan DelBene (D-Wash.) said in a statement Monday. “Given the eye-opening reporting from The Washington Post, the administration has several questions to answer around how these waivers are approved, how potential conflicts of interest are addressed, and why enforcement is rarely undertaken.”

In a joint letter sent to Defense Secretary Lloyd Austin, Sens. Charles E. Grassley (R-Iowa) and Elizabeth Warren (D-Mass.) called The Post’s findings “disturbing” and said they “demand explanation.” The senators requested that the Pentagon provide a decade’s worth of data regarding retired military personnel who have sought jobs with foreign governments and more details about the Defense Department’s efforts to regulate such work.

“The apparent lack of internal policing in this matter is gravely troubling given the national security interests at stake,” the senators said in their Nov. 30 letter. Grassley is the senior Republican on the Senate Judiciary Committee. Warren is a member of the Senate Armed Services Committee.

J. Todd Breasseale, a Pentagon spokesman, declined to comment on the senators’ letter to Austin. “The secretary responds to congressional correspondence directly,” he said in an email.

In a multipart series titled “Foreign Servants,” The Post reported that more than 500 retired military personnel — including scores of generals and admirals — have taken lucrative jobs working for foreign governments since 2015. Almost two-thirds of the positions have been in the Middle East and North Africa, where governments pay top dollar for U.S. military expertise.

Under federal law, retired troops are permitted to work for foreign governments if they first obtain approval from their branch of the armed forces and the State Department. But federal agencies have fought to keep virtually all details about the arrangements a secret. The Post had to sue the Army, the Navy, the Air Force, the Marine Corps and the State Department under the Freedom of Information Act to obtain more than 4,000 pages of documents that shed light on the matter.

The State Department and the armed forces have wide latitude to deny any application they think would undermine U.S. foreign policy. But The Post found that the review process effectively amounts to a rubber stamp. Since 2015, about 95 percent of all requests have been granted.

The Post also found that enforcement of the law is almost nonexistent. Many military retirees don’t bother to apply for permission to accept jobs from foreign governments, in part because there is little danger of being caught. Defense officials said they have imposed financial penalties on fewer than five people for failing to obey the law.

“It’s pretty obvious that [the Defense Department] isn’t doing its job,” said Rep. Seth Moulton (D-Mass.), a Marine veteran and a member of the House Armed Services Committee. “The numbers speak for themselves.”

Moulton said that he generally supports the idea of military retirees working for U.S. allies but that it was clear from The Post’s reporting that the Pentagon was not carefully vetting applications. “We need to crack down on this and provide more oversight,” he added.

In the House, DelBene and Rep. Jason Crow (D-Colo.) said they were drafting a separate letter of concern to Austin and Secretary of State Antony Blinken, and also were working with other lawmakers from both parties to propose new legislation.

Crow, an Army veteran and a member of the House Armed Services Committee, said he was particularly concerned about retired military personnel with knowledge of highly classified programs joining foreign government payrolls. While veterans remain bound by nondisclosure agreements and other secrecy restrictions, Crow said it was unclear how closely the Pentagon was monitoring their work for other countries.

The practice “of taking a lifetime of technical and military service and experience and taking it to different countries deserves more oversight,” Crow said in an interview. “We want to make sure we know when it’s happening and who’s doing it and what knowledge is being transferred.”

Under federal law, retired military personnel — generally defined as those who served at least 20 years in uniform and receive a pension — are restricted from receiving anything of value from foreign governments that could compromise their sworn allegiance to the United States.

The prohibition stems from the foreign emoluments clause of the Constitution, which forbids federal officeholders to accept gifts, jobs or titles from any foreign state without the consent of Congress. The law applies to military retirees because they can be recalled to active duty at any time. In 1977, Congress delegated the authority to approve veterans’ foreign work to the Pentagon and the State Department.

In 2019 and 2020, Congress passed additional legislation requiring the Pentagon to submit annual reports to lawmakers about retired generals and admirals who have received approval to work for foreign powers. While the Pentagon has complied, its reports have included only a few lines of information and do not name any of the retired military brass.

A measure proposed by Sen. Ben Cardin (D-Md.), a member of the Foreign Relations Committee, and included in the Senate’s annual defense policy bill would impose a lifetime ban on the secretary of state and deputy secretaries of state from advising or representing any foreign government once they leave office. Under current law, they only face a one-year restriction.

The bill, if passed, would also enact a three-year “cooling off” period for ambassadors and other Senate-confirmed officials in the State Department who later wish to work for foreign governments.